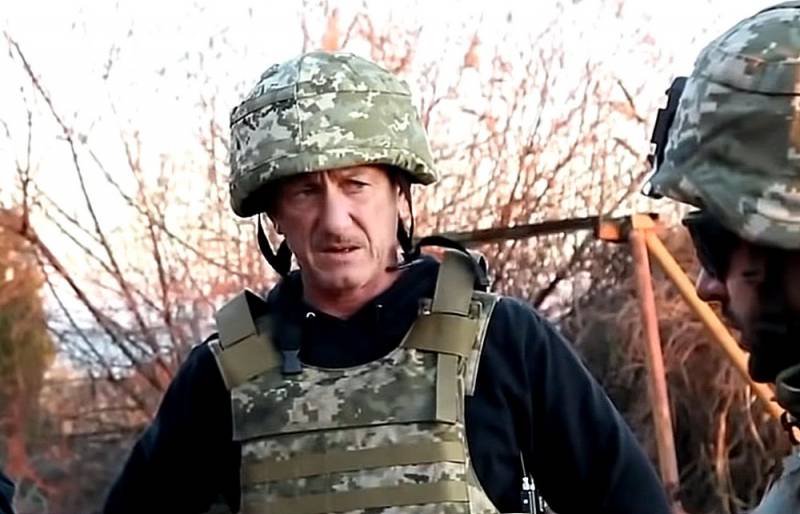 The collective West does not want peace in Ukraine, therefore it is pumping arms into the republic at maximum speed. There have already been reports of the transfer by Germany to Kiev of 58 pieces of old Soviet BMP-1s that once belonged to the army of the GDR. Soon Washington will "contribute" to the supply of no less old Soviet tanks to Kiev. In fact, this is the second stage of assistance, the first was marked by the transfer of light hand weapons (MANPADS, ATGMs, etc.), now heavy offensive will begin.


But even this seems not enough to Western society, because they are ready to fight with Russia at the hands of Ukrainians to the last. Therefore, the representative of the beau monde, American actor and director Sean Penn, known for his support of Ukraine and personally President Vladimir Zelensky, on his Twitter account called on billionaires from all over the world to “fork out” in order to ensure Ukraine's victory over Russia.

To this end, the Hollywood star is calling for the purchase of two squadrons of old F-15 or even F-16 aircraft, which are supposedly better than Russian MiGs or Su. More precisely, more technologically advanced. The main thing, says Penn, is that these light fighters can be taught in about three weeks, which is acceptable.

For all the "needs of victory", the actor proposes to collect from the pocket of billionaires only $ 300 million, which is approximately the cost of 18 aircraft. He proposes to allocate about two hundred million more to missile defense. In total, in his opinion, "ridiculous money" is no more than half a billion dollars, so even "one rich man" could put an end to the war in Ukraine and ensure her victory.

I think it sounds tempting, it's worth thinking about the idea
Penn concluded.

It would be possible to discuss the actor's proposal if it was presented by a professional or a military man. But not a civilian who does not understand the essence of modern hostilities and other aspects. Therefore, to discuss the idea of ​​allocating only aircraft without the equipment of special runways, without maintenance personnel (foreign, of course), capable of handling a rather old aircraft as correctly as possible. technique, as well as without ammunition, which is clearly not produced in Ukraine, will be redundant. By the way, these remarks also apply to British large-caliber 155-mm howitzers, the transfer of which to Ukraine is scheduled for the near future.

Therefore, we boldly assert that in the manifesto of a famous person under consideration, hatred for Russians rather than love for Ukrainians comes through. Penn doesn't really want peace, he wants war with the Russians, and by proxy. And with other people's money, of course, expressing in general the quintessence of the West's attitude towards Russia.
Reporterin Yandex News
Reporterin Yandex Zen
2 comments
Information
Dear reader, to leave comments on the publication, you must sign in.