The Chinese about the special operation of the Russian Federation: the American world order is collapsing 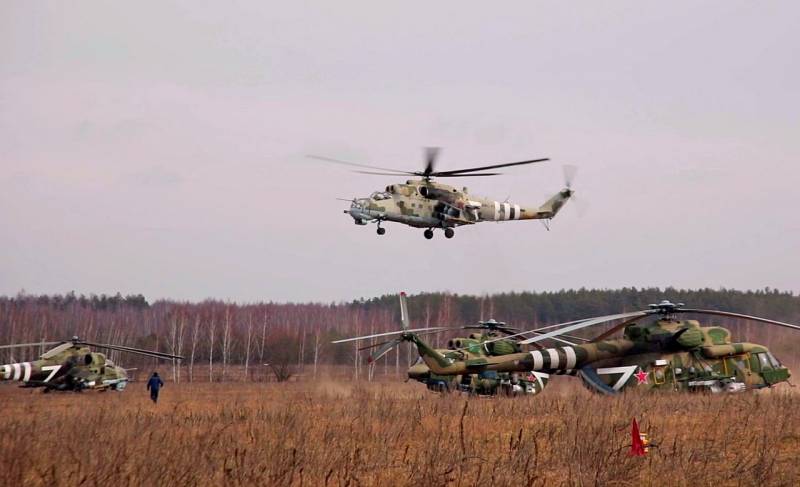 Zheng Yongnian, a professor at the Chinese University of Hong Kong, wrote an article about the Russian military special operation in Ukraine from the point of view of global processes. Sinologists believe that his position reflects the line of the CCP and the Chinese government, which is being pursued inside China. The fact is that the external rhetoric of officials and the media in the PRC, including official publications in foreign languages, is somewhat different from the internal one due to diplomacy and politeness. On sensitive political issues, experts traditionally turn to Chinese-language literature to better understand China's position.


The delicacy of China's attitude towards the special operation of the Russian Federation is clearly confirmed, for example, by the fact that China officially does not support the conduct of hostilities, speaks of respect for the sovereignty of Ukraine and its territorial integrity, and advocates a peaceful, diplomatic resolution of the conflict. But at the same time, firstly, it supports the concern of the Russian Federation with security issues regarding NATO expansion, recognizes the validity of Russia's demands in this aspect; secondly, the CCP has organized a large-scale educational campaign of political seminars on the subject of the conflict for university professors, journalists and other workers, which explains that Russia is acting defensively, and the perpetrators of the conflict are the United States and NATO. In other words, China's foreign policy position is half-hearted, ambivalent (because according to the rules of the genre, in any conflict that has grown into a stage of hostilities, it is necessary to choose one side), while the internal political position of the CCP is quite definitely on the side of Russia.

Thus, Professor Zheng writes that the world order established by the results of World War II is becoming weaker, international institutions are no longer able to restrain states that are not satisfied with the current alignment of forces. One of these countries is the Russian Federation, but Putin's actions cannot be interpreted as aggressive and predatory, because the United States is systematically putting pressure on Russia within the framework of the existing system of relations. The professor refers to the opinion of one of the architects of the Cold War, D. Kennon, who, back in the late 1990s, predicted that the forced expansion of NATO to the East threatened to unleash a new Cold War. Zheng somewhat naively complains that the decision to expand NATO was made by the Senate, which is composed of people who understand nothing about international affairs. policy.

Along with the US, the Chinese professor places some of the blame for the conflict on the Ukrainian government, which he says is made up of incompetent populists who believed the US would keep the country safe. The key mistake of Ukraine, according to Zheng, is that instead of a reasonable policy of balancing between the "great powers", it has chosen one pole of power. Moreover, the tragedy of Ukrainian society lies in the fact that not only Ukrainian elites have trusted the United States, but also Ukrainian intellectuals have fallen in love with Western liberalism, blindly following in the footsteps of the American and European agenda. Ukraine, according to the Chinese professor, is convinced of the omnipotence of the Western world, and this is akin to a utopia.

Zheng sees the problem in the fact that after the collapse of the USSR, a liberal world order developed, which could only be maintained by suppressing the ambitions of the Russian Federation and economic growth of the PRC. In recent years, it has been China that has become the main enemy of the West, because China's economic success has become a more threatening factor for the liberal world order. The professor does not hide his satisfaction with the fact that the Russian Federation has launched a military special operation, because the fighting in Europe is significantly pulling US resources away from the main, Chinese, front of the new Cold War.

The dominance of the West and the liberal world order is coming to an end, Zheng concludes, China is in a most favorable situation to continue to build up its economic and political power. Moreover, it is emphasized that it is necessary to avoid mistakes and act carefully.

Sinologists, who have translated and analyzed the professor's article, pay attention to the fact that the Chinese emphasizes the advantages of his one-party model of the state over the liberal-democratic one. They say that their decisions are made by incompetent parliamentarians and populists in power, while we have a competent party. In addition, they draw attention to the fact that the article shows an attitude towards the conduct of a special operation as a somewhat careless decision. Allegedly, China believes that the Russians are clearing the way for the formation of the Chinese world order by war.

In an article by another professor, Tian Feilong from Beihang University, in which the author opposes the famous American Fukuyama, it is said that Russia will inevitably achieve the goals of the special operation. Tian denounces the policy of the US and NATO, exposes Fukuyama, who builds his forecasts of the defeat of Russia on the basis of fake data from the Armed Forces of Ukraine. The professor claims that Russia did not plan any blitzkrieg, and the real task of the military operation is to fix the security guarantees of the Russian Federation. Tian criticizes Fukuyama's opinion that the special operation will cause a revolution in Russia, showing that the American does not understand the situation inside the country at all. The professor is confident that the Ukrainian crisis will be a lesson for Taiwan, which is coming to realize that in the event of a military conflict with China, the Americans will not stand up for it. He is confident that the prospect of a peaceful reunification is multiplying after the events in Ukraine.

Since the position of both authors is deeply partisan, the true sympathies of the CCP are on the side of the Russian Federation. However, these sympathies are largely dictated not by a more just position, but by the fact that the Russian Federation is undermining US hegemony, which China is also fighting against. The Chinese, unfortunately, do not show deep knowledge of our situation, do not give essential definitions of the nature of the political regime in Ukraine, do not consider the conflict from the point of view of the needs and interests of the peoples of the region. They remain within the framework of general discussions about the political alignment of forces in the world, although they are guided by anti-imperialist motives. It can be said that their position is fundamentally not scientific, but imbued with anti-Americanism.

The CCP, even to an internal audience, perceives US policy as an abstract pursuit of hegemony, although the Ukrainian crisis clearly shows the guise of American fascism. The good old tradition of viewing political processes through the prism of justice for peoples, progress and the interests of the whole world has been lost. Even China's intellectuals have been infected by the pragmatics of political games, a kind of gamer thinking in the grand strategy genre. Therefore, it is not surprising that Professor Tian mentions Dugin in his work. The theoretical thought has degraded so much that the left "Chinese Marxists" refer to the Russian right-wing ideologist of geopolitics.

But one way or another, the Chinese are right that the American world order is collapsing and the first truly serious clash in the new Cold War was Ukraine. It was Russia, and not China, that entered into a deadly battle with the United States and, I think, Ukraine will not end the matter. There will also be provocations, blockades, mutual threats and, unfortunately, military conflicts. With the breakdown of the world order, all this is inevitable.
Reporterin Yandex News
Reporterin Yandex Zen
5 comments
Information
Dear reader, to leave comments on the publication, you must sign in.