How the EU can nationalize European UGS facilities owned by Gazprom 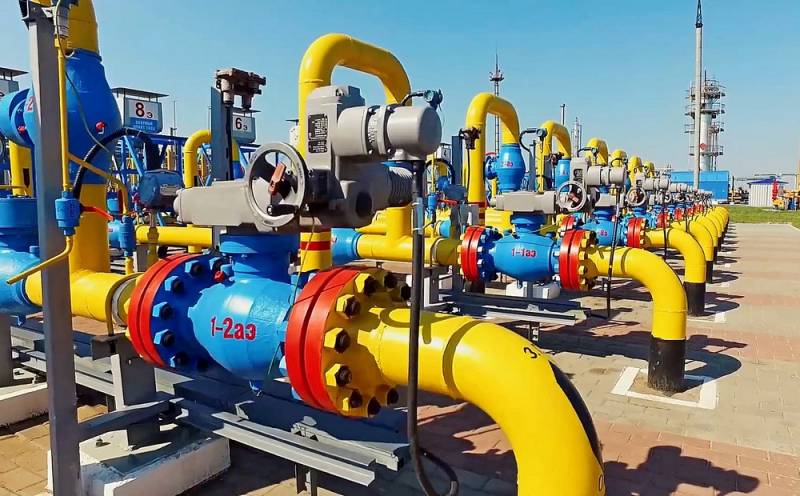 A special military operation to denazify and demilitarize Ukraine has shattered the old relationship between Russia and Europe. With all this, she tore the masks off our so-called "partners", who showed their true colors. On scary videos, we saw “in all its glory” what Ukrainian “hero-defenders” actually are, mocking Russian soldiers who fell into their hands. We saw what the so-called “Western liberal-democratic values” are worth when, without trial or investigation, the assets of not only the Central Bank of the Russian Federation or near-Kremlin oligarchs, but also many innocent Russians were seized abroad. Now we will have to watch how the "civilized" EU will racketeer "Gazprom", "squeezing out" the European UGS facilities belonging to it.


After the statement of Russian President Vladimir Putin about the transfer of Gazprom's export contracts in mutual settlements with unfriendly countries into rubles, the price of 1 cubic meters of gas in Europe jumped sharply again, exceeding $1500. It is scary to think what will happen if, in the event that European consumers refuse to pay for “blue fuel” in Russian currency, Moscow will turn off the valve altogether. Why not? If that side considers it possible to impose crippling sectoral sanctions against us and confiscate our foreign assets, then Russia has the right to repay them in the same coin. Force majeure, after all, or rather, an undeclared war with the collective West.

At the same time, you will not envy the European Union. The old world has been languishing for so long from the effects of the coronavirus pandemic, the decline in consumer demand and industrial production, as well as abnormally high energy and electricity prices. Now there is a very real prospect of ending up with no supplies of Russian gas at all, which occupies about 35-40% of the European market. It is physically impossible to quickly increase the volume of LNG supplies: there are neither adequate production capacities, nor a sufficient number of tankers, and the problem of price competition with the Southeast Asian region has not gone away. And all this is happening against the backdrop of almost empty underground gas storage facilities in Europe. Thus, German UGS facilities are devastated by two-thirds, French ones by three-quarters. Yes, the winter heating season is close to completion, but soon we need to start preparing for the next one.

And here the “liberal-democratic” West came up with a “brilliant” initiative to force Gazprom to fill European UGS facilities de facto under the threat of nationalizing its assets. The European Commission came up with a proposal to ensure the security of supplies of "blue fuel" in an original way. She wants to oblige all owners of European UGS facilities to fill them by at least 1% by November 2022, 80. In the future, this figure may be increased to 90%. The EC's initiative is motivated by the fact that our Gazprom, through its numerous subsidiaries, owns the largest underground gas storage facilities in Germany and Austria, and also leases the Bergermeer storage facility in the Netherlands.

That is, in fact, Brussels wants to force the domestic monopolist to pump in as much gas as it needs, regardless of the volumes stipulated in the transit agreement with Ukraine. "Liberal".

To complete the overall picture of the triumph of “democratic values” and the “invisible hand of the market”, we point out that our “Western partners” also provided for the “whip”. Thus, simultaneously with the establishment of standards for the level of UGS occupancy, the European Commission proposes to introduce new rules for their certification with the following wording:

Gas storage facilities are a critical infrastructure to ensure the security of supply. The new mandatory certification of all storage system operators will avoid the potential risks associated with external influence on critical storage infrastructure, which means that uncertified operators will have to relinquish ownership or control of EU gas storage facilities.
Who falls under the “disclaimer of ownership”, our astute readers have probably already guessed on their own. In the legislative initiative of the EC on this issue, in case these very “risks” are not eliminated, the following is said:

In this case, the disposal will occur with a fair compensation for the cost of the asset. If necessary, temporary measures may be put in place to protect control of the property until ownership changes.

"The sacred right of private property" - it is. In fact, there is a racket at the state level in its purest form. That's how you invest in "highly reliable foreign assets", as systemic liberals have been cleverly teaching us all these years.