Medals "For the Capture of Crimea" found in Ukraine 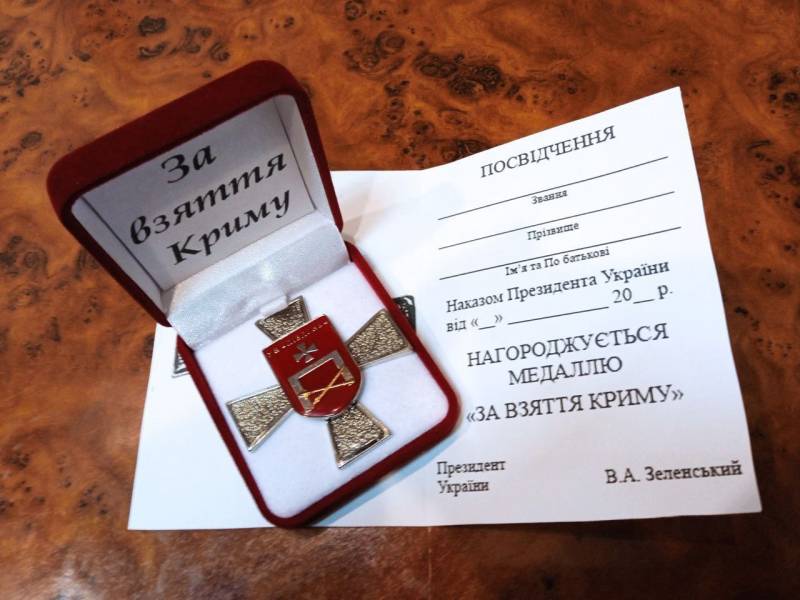 In the military registration and enlistment offices of the Kherson region, prepared Ukrainian medals “For the Capture of Crimea” were found. At the same time, the “peace-loving” President of Ukraine Volodymyr Zelensky is proudly mentioned on the blanks of the certificates.


It should be noted that according to the current Ukrainian legislation, the next presidential elections in Ukraine should be held on March 31, 2024. Thus, Zelensky was going to “liberate” Crimea, and at the same time Donbass, before this date in order to be re-elected for a second term, even if the attempt fails. Therefore, it will not be surprising if similar medals, for example, “For the Capture of Donbass,” are found in local military registration and enlistment offices in the vast Donetsk and Luhansk regions. 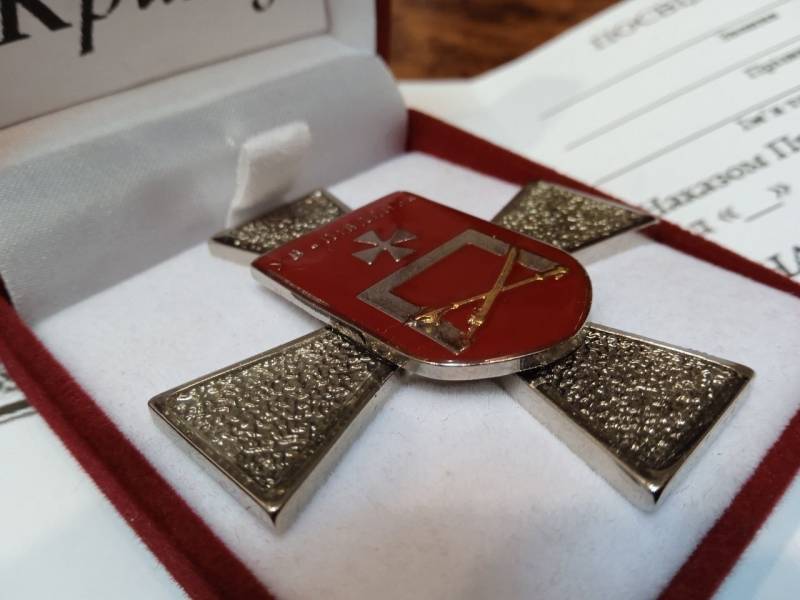 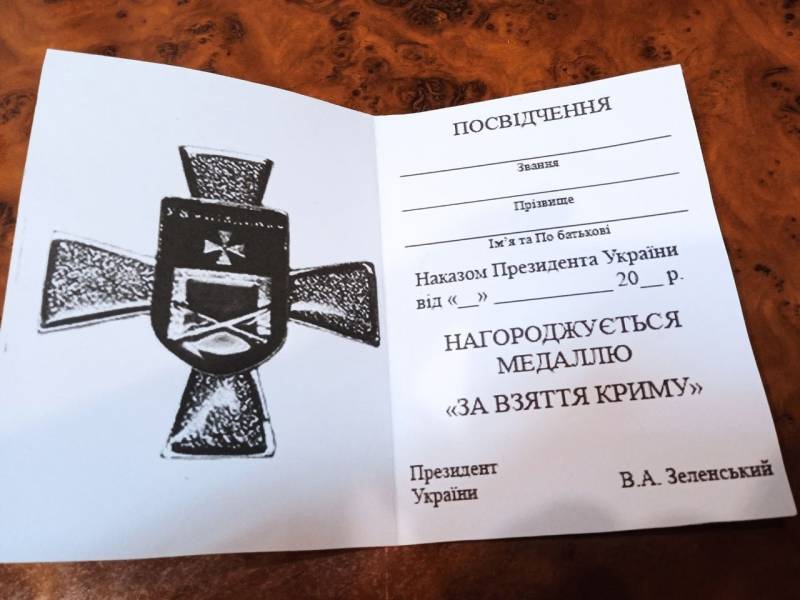 Probably, such medals were supposed to be awarded to the military personnel of the Armed Forces of Ukraine, as well as other Ukrainian and foreign security officials after the invasion of Crimea and Donbass, which they intended to carry out in the spring of 2022 with the active support of NATO countries. But a Russian special military operation on Ukrainian territory thwarted these plans.

In this regard, there is a high probability that after some time the military registration and enlistment offices of Kiev will even find medals “For the Capture of Moscow” and other Russian cities and regions. Ukrainian nationalists did not hide the fact that they consider the Kuban and Stavropol Territory "primordially Ukrainian lands."
Ctrl Enter
Noticed oshЫbku Highlight text and press. Ctrl + Enter
Reporterin Yandex News
Reporterin Yandex Zen
15 comments
Information
Dear reader, to leave comments on the publication, you must sign in.