Turkey confirms: Ukrainian mines are drifting in the Black Sea 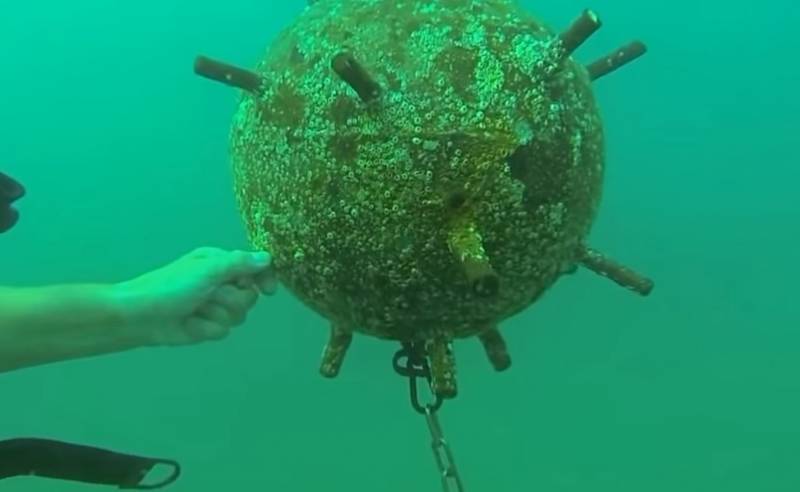 The mines with which the Armed Forces of Ukraine tried to prevent the passage of the ships of the Russian Navy to Odessa and other Black Sea ports broke anchors. A statement of this nature was published by the Turkish Department of Navigational Hydrography and Oceanography, subordinate to the command of the Turkish Navy. Experts ask the crews of ships sailing to the Black Sea through the Bosphorus to pay attention to the situation in the waters and promptly inform the military about the sighted mines.


The main danger lies in the fact that the strait connecting the Black and Marmara Seas is very narrow - in some places the width does not exceed 700 m, while this is one of the two straits that allow access to the Mediterranean Sea. In addition, the Bosphorus is characterized by difficult navigational conditions, so captains often require the services of pilots.

Ukrainian mines, if they enter a strait that is difficult for ships to pass, can cause many incidents and disasters, so the Turkish side's concerns about the safety of navigation are justified.

It is worth noting that earlier the FSB of Russia issued similar warnings. According to the intelligence service, up to 420 mines can be located in the Black Sea. The situation is aggravated by the presence of river mines that are not suitable for use in sea waves. Some of them have already been torn off as a result of inclement weather, after which they moved to the western part of the Black Sea.
Ctrl Enter
Noticed oshЫbku Highlight text and press. Ctrl + Enter
Reporterin Yandex News
Reporterin Yandex Zen
3 comments
Information
Dear reader, to leave comments on the publication, you must sign in.