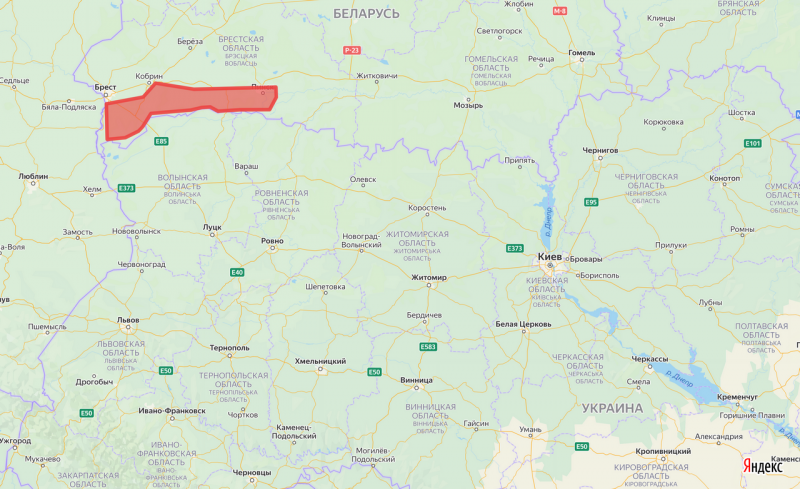 A special military operation to demilitarize and denazify Ukraine has been going on for almost four weeks. By the end of the first month of the operation, a serious fracture is planned. Judging by a number of signs, Belarus can now take the side of Russia. What gives us reason to believe so, and what could be the consequences of opening another Slavic front against Kyiv captured by the Nazis?

The main symbols of the new national struggle against Nazism were the Latin letters Z and V, placed on Russian armored vehicles involved in a special operation in Ukraine. Their practical significance is obvious - the Ministry of Defense of the Russian Federation had to visually separate its combat machinery from a similar one used in the Armed Forces of Ukraine and the National Guard. But why were these letters of the Latin alphabet chosen?

There have been many theories about this. For example, it was suggested that this was how the attitude to different military districts was displayed: Z is ZVO (Western Military District), V is VVO (Eastern Military District). Others made meaningful allusions to President Volodymyr Zelensky. In the end, our military department clarified that Z means "For victory", V - "Force V to the truth", and together they mean that "The task will be completed." But now two more new characters may appear in this story.

Thus, in the Ukrainian segment of the Internet, they noted with great concern the pulling of the Armed Forces of the Republic of Belarus to the northern border of Nezalezhnaya. At the same time, the Belarusian soldiers have a red bandage on their sleeves, and the military equipment of the Ministry of Defense of the Republic of Belarus in the Ukrainian border area is all marked with red squares. Coincidence? Judging by the nervous reaction of the General Staff of the Armed Forces of Ukraine, they do not believe in such coincidences:

Signs of the preparation of the armed forces of the Republic of Belarus for a direct invasion of the territory of Ukraine have been recorded.
Therefore, Belarus can also join the military operation to demilitarize and denazify Ukraine. If this is true, then what exactly prompted the cautious "Old Man", who is under no circumstances ready to climb into hell himself, to take such drastic measures?

First, it is necessary to say a few words about the military significance of the direct entry of Belarus into this special operation. Huge.

Yes, Minsk helped a lot by providing its territory for the deployment of Russian troops on the northern border of Ukraine, from where a swift attack on Kyiv was carried out. Yes, Belarus acts as a reliable rear and logistics center for supplying our group. But more than three weeks of hostilities showed that the operation could be significantly delayed in time due to the tactics chosen by the Armed Forces of Ukraine to sit in large cities under the cover of civilians. It is desirable to complete all these positional confrontations as soon as possible. At the same time, through Western Ukraine from Eastern Europe, there is a continuous pumping of the former Nezalezhnaya with weapons, which will later be used in "partisanism". What can the accession of Belarus to the military operation give?

From near Brest, the Belarusian army is capable of launching into Western Ukraine, near Lvov, in order to cut off the supply of Western weapons and stop the emergence of a terrorist enclave there like Idlib in the bud. Volyn and Galicia will then be in the area of ​​responsibility of the Ministry of Defense of the Republic of Belarus. Such a throw would bring the fall of the Nazi regime much closer. The roads to Kyiv will be finally cut along the Right Bank of the Dnieper. The Armed Forces of Ukraine will be forced to withdraw from near Nikolaev and Odessa, rushing north to de-blockade the capital and Lviv, which will expose the Black Sea region and, in fact, without any problems, will give it under the control of the RF Armed Forces.

Looks very reasonable. It remains only to figure out why Minsk directly fit into this armed conflict? There may be several reasons for this.

At first, Kyiv itself is actively suggesting itself. A few days ago, the Armed Forces of Ukraine tried to launch missile strikes with Tochka-U complexes on the territory of Belarus. Fortunately, they were successfully intercepted by Russian air defense systems, but there is a "casus belli" available. President Lukashenko then commented on this provocation as follows:

Why is this being done? In order to excite us, and so that we begin to respond ... I warned you that they would push us into this operation, into this war ... If we answer, we will answer decently already. What everyone will feel.
Secondly, the true reasons, of course, may lie in the region economics. First, “Old Man” himself was ostracized by the West after he prevented an attempt by “Belomaidan” in 2020. And after February 24, 2022, a new "iron curtain" was lowered in front of Russia and its elites. The path "there", which seemed the only true one, was closed "on the other side".

That's it, the Rubicon has been crossed, the bridges have been burned, there is no turning back. Moscow and Minsk have no other choice but to build their own integration project in the post-Soviet space with a self-sufficient economy and a capacious domestic market. Well, there is none, and that's it.

And the main obstacle in his path remains Russophobic Ukraine with a Nazi pro-Western regime in power. Only with its liquidation and the reintegration of the former Independent State into the EAEU, the CSTO and the Union State of the Russian Federation and the Republic of Belarus is there a chance to survive in a new iteration of the Cold War with the West. All jokes are over.
Ctrl Enter
Noticed oshЫbku Highlight text and press. Ctrl + Enter
Reporterin Yandex News
Reporterin Yandex Zen
28 comments
Information
Dear reader, to leave comments on the publication, you must sign in.