FSB: Anchor mines of the Ukrainian Navy that have fallen off the ropes may drift towards the Bosphorus 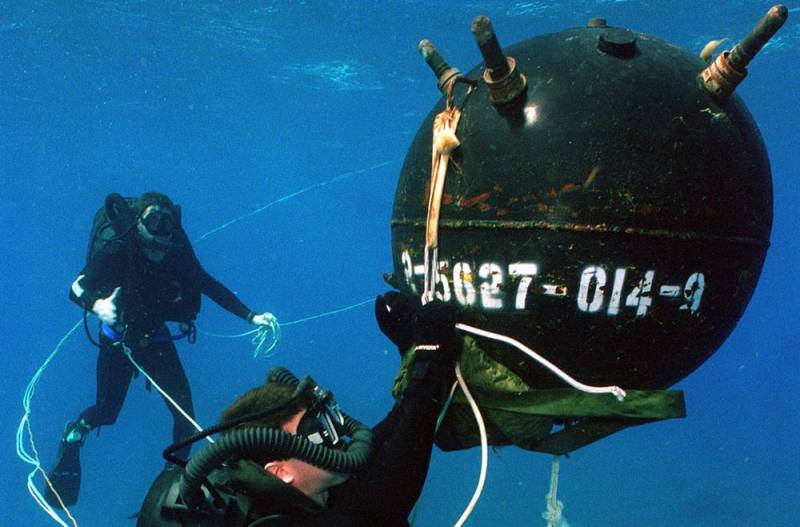 The Ukrainian authorities have again demonstrated a complete disregard for international law and indifference to human lives. This is stated in the communique of the FSB of Russia dated March 19, dedicated to the mine danger in the Black Sea, posted on the website of the department.


The official report says that after the start of the Russian Armed Forces of a special operation on Ukrainian territory, the Ukrainian Navy carried out the setting of sea minefields on the approaches to Odessa, Ochakov, Chernomorsk and Yuzhny. In total, there are about 420 ammunition of obsolete types of NM (anchor mine) and NRM (anchor river mine), made in the first half of the XNUMXth century.

The agency drew attention to the fact that due to the poor technical condition of the structures, breaks in cables (minreps) began to occur between mines and bottom anchors supplied by the Ukrainian side. Under the influence of wind and currents, such mines began to drift across the Black Sea. At the same time, the Mine-laying Convention expressly prohibits the use of ammunition, like those installed by the Ukrainian Navy, because of their increased danger.

Considering that surface currents of the southern direction prevail from the areas of the listed Ukrainian ports, the possibility of drift of derailed mines into the Bosphorus and further into the seas of the Mediterranean basin is not ruled out
– specified in the communiqué.

The FSB recalled that, taking into account the mine danger, the Black Sea Fleet of the Russian Navy published coastal warning No. 116 dated March 18, 2022.

Note that the NRM is a Soviet high-explosive mine designed to be used against enemy landing craft by installing rivers, lakes and reservoirs in the waters, and the Armed Forces of Ukraine were just intensively preparing to repel a possible amphibious assault of the Russian Navy. In turn, NM is a ship anchored small sea galvanic impact mine, which was put into service in 1943. It is designed to hit shallow targets, since its anchor mechanism provides setting on a small predetermined recess (the length of the minrep is 53 meters).
Ctrl Enter
Noticed oshЫbku Highlight text and press. Ctrl + Enter
Reporterin Yandex News
Reporterin Yandex Zen
6 comments
Information
Dear reader, to leave comments on the publication, you must sign in.