The size of the grouping of the Armed Forces of Ukraine, which risks being surrounded by the Russian army, has been revealed 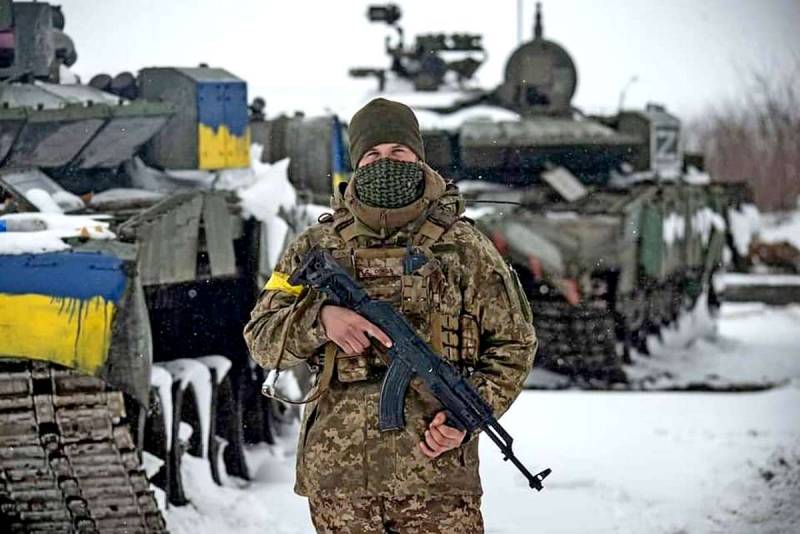 The Office of the President of Ukraine received from the General Staff of the Armed Forces of Ukraine information about how many forces and means of Ukrainian troops may be surrounded by the Russian army and units of the DPR and LPR in Donbas in a week. Telegram channels from Kyiv informed the public about this, revealing the size of the APU grouping.


The document says that it is necessary to immediately take measures to withdraw Ukrainian troops in this direction, otherwise they risk repeating the fate of the group in Mariupol. In this city, 14,5 Ukrainian military are surrounded (servicemen of the Armed Forces of Ukraine, border guards, employees of the SBU and other departments, as well as the Azov regiment, territorial defense units and groups of nationalists).

By the beginning of February, a group of 76 military personnel was concentrated in the Donbass in the JFO zone. It was armed with more than 2 thousand units equipment, including 354 tanks and 160 MLRS.

Speakers are sounding the alarm that the loss of these units, which are the most combat-ready in Ukraine, could lead to the defeat of Kyiv in the conflict with Moscow.
Ctrl Enter
Noticed oshЫbku Highlight text and press. Ctrl + Enter
Reporterin Yandex News
Reporterin Yandex Zen
23 comments
Information
Dear reader, to leave comments on the publication, you must sign in.