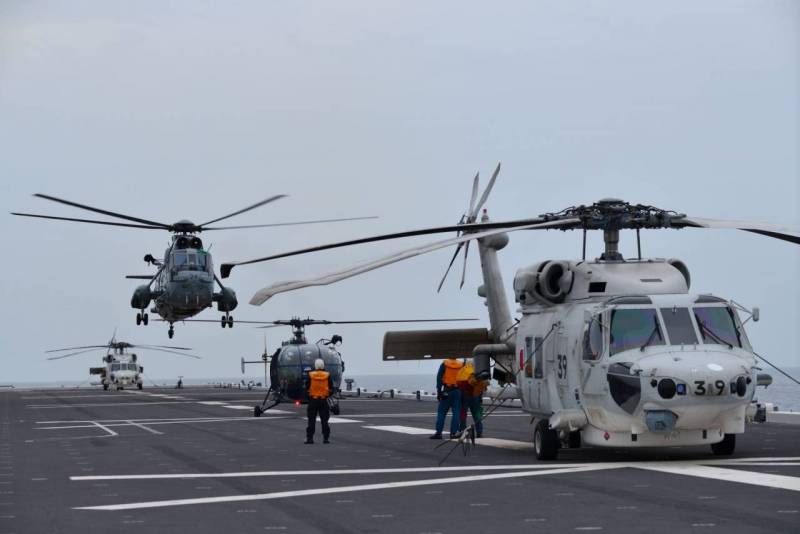 Tokyo's aggressive accession to the anti-Russian sanctions of the West should not be surprising, because the path to such a position has been marked for a long time. The roots of the current escalation do not lie in Ukraine, and even in directives from the main Japanese ally, the United States, although these points are undoubtedly also important. It's more about the geopolitical place of Japan itself on the world map, and how it has changed over the past decade.


The current stage of the confrontation began with the sensational statements made in February by the American ambassador to Japan, who not only supported the Asian ally in the territorial dispute with the Russian Federation, but also linked the problem to tensions around Ukraine. The almost simultaneous appearance of an American Virginia-class submarine near the Kuril island of Urup, which, although not included in the disputed territories, turned out to be quite a scandal, is located very close to them.

It is noteworthy that official Tokyo did not request such support from overseas and, judging by the public reaction, all this was largely a surprise for ordinary Japanese citizens.

Of course, the background of all these processes lay on the surface - the American ally needed a courtesy in return in the form of Tokyo's support for total anti-Russian sanctions.

And this courtesy followed: the government of the Land of the Rising Sun, in contrast to 2014, when the position of Tokyo was distinguished by greater restraint against the backdrop of negotiations with the Russian Federation on a peace treaty, in the current conditions readily supported the most ferocious measures.

In addition, Tokyo in March officially transferred a cargo of military aid to the Kiev authorities, which included bulletproof vests, helmets, medical kits, and more. But we must understand that for post-war Japan, sending even such aid abroad is an unprecedented step.

There were even reports that former members of the Self-Defense Forces volunteered for Ukraine. However, there is no clarity here, and similar "news” may turn out to be a banal “duck” journalist.
In political terms, the internationalization of the Kuril issue is beginning to take place, something that both Tokyo and Moscow tried to avoid earlier.

It should be noted that the long-term mission of Prime Minister Shinzo Abe the year before last, who tried to resolve the long-standing territorial dispute, was largely forced.

The past decade, namely the 2010s, has been quite tense for Japan. Although the Land of the Rising Sun is conducting a very cautious foreign policies, without participating in military adventures, two international crises directly affected the problem of its national security.

The first is the forcible appropriation by China of the Scarborough Shoal in 2012, where the Philippines, which previously controlled the water area, could not give an adequate response to the military claims of the superpower. And it’s not even the fact of the capture itself that is important, but the fact that the administration of American President Barack Obama then publicly washed its hands, despite the 1951 mutual defense treaty between Manila and Washington.

Thus, a signal was sounded for the Asian allies of the United States - America's guarantees are no longer as unshakable as before. Of course, the Americans quickly came to their senses and tried to correct the situation by issuing a portion of new verbal assurances, but the damage to the reputation in the region turned out to be much stronger than they expected in Washington.

The second geopolitical crisis is the offensive of ISIS (an organization banned in Russia) in the Middle East, which has jeopardized the oil and gas fields of the Arabian monarchies. It makes no sense to remind that it is from the Persian Gulf that the Japanese economy receives most of its oil and liquefied natural gas.

The Land of the Rising Sun has not known such a difficult geopolitical situation since the fifties of the last century, when it was just beginning to recover from the world war and the seven-year occupation, it had almost no army, and the communist states were gaining strength around.

Returning to the relatively recent past, there is reason to say that Prime Minister Shinzo Abe was not in the least a Russophile, and yet the difficult foreign policy situation prompted him to take certain steps towards the Kremlin.

In Russia, judging by the publications in the mainstream media of that period, it was unreasonably expected that under the threat of China and North Korea, the Japanese government would “break down” and make radical concessions on the territorial issue. Up to the complete rejection of any claims against the Russian Federation. However, it is obvious that such unrealistically high expectations led to the complete failure of the negotiations.

There is also reason to believe that the “Kuril issue” was closed by Moscow long before the 2020 constitutional referendum. Back in December 2016, President Vladimir Putin made this clear.

If you carefully look at the declaration, there is Article 56, you will see that it says about the transfer [of the Shikotan and Habomai Islands], but it doesn’t say under what sovereignty, it doesn’t say under what conditions. There are a lot of questions there. Even within the framework of the XNUMX declaration, there is still a lot of work to be done
said the Russian leader then.

Such an interpretation of the document directly spoke of the actual termination of negotiations on the territorial issue. For, for example, to rent something from the Russian Federation (and this is how Finland uses the territory of the Saimaa Canal) without the transfer of sovereignty, the Japanese government would never agree.

In addition, the memorable statement of the Russian leader caused an uproar in Japanese social networks. And it was only a matter of time before these sentiments found their political representative and spokesman. They became the current Prime Minister Fumio Kishida. And Ukraine - served as a formal reason to fulfill long-planned.
It is worth noting that the anti-Russian turn of Japanese society at that time did not particularly bother anyone in Russia, with the exception of a small number of specialists.

It was customary to condescendingly ironize over Japanese impotence and anger. However, in modern conditions, this bitterness is undoubtedly already being considered much more seriously in Moscow. If only because it completely excludes the appearance of neighbors not only of a pro-Russian politician, but even just anyone who would be in the mood for dialogue, like the same Shinzo Abe.

The situation is aggravated by the fact that Russia has problems along almost the entire perimeter of its borders. And it's not just about the denazification of Ukraine, which is backed by the entire collective West. In the south, the Armenian-Azerbaijani conflict has recently flared up, and protests have raged in Kazakhstan, which calls into question the implementation of the North-South transport corridor.

Tokyo, on the contrary, is turning into a cornerstone of regional and even world politics, which has not been observed since the "bubble economy" of the eighties of the last century. Foreign military began to regularly arrive in the country for joint exercises. The topic of the Japanese joining the Five Eyes intelligence alliance, which so far includes only English-speaking countries (Great Britain, the USA, Canada, Australia and New Zealand), is periodically raised.

The situation in the energy market has also fundamentally changed. Now dependence on crude oil and LNG from the Persian Gulf region is no longer so critical. Energy carriers can now be purchased in Indonesia, Australia and the same United States.

Understanding the shifts in the balance of power in the Far East, Prime Minister Fumio Kishida was in no hurry to establish friendly contacts with Moscow. And after the start of a special military operation in Ukraine, the current cabinet of ministers became an unconditional participant in the economic blockade of the Russian Federation.

There are no surprises here either. After the failure of Shinzo Abe's long-term policy, the tightening of the course in the Russian direction was predictable. And Ukraine is just a convenient excuse.
Reporterin Yandex News
Reporterin Yandex Zen
21 comment
Information
Dear reader, to leave comments on the publication, you must sign in.