Unclosed skies: on March 4, NATO lost to Russia, and not only to Ukraine 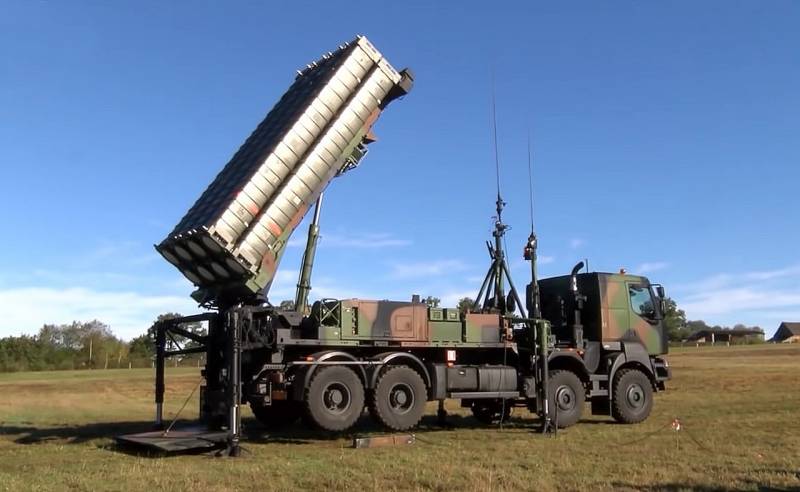 On March 4, the summit of the North Atlantic Alliance took place, the main item on the agenda of which was the issue of responding to the military operation carried out by Russia to demilitarize and denazify Ukraine. It can be summed up in one word: capitulation. Although not complete, far from unconditional (many members of the Alliance still intend to send weapons and mercenaries to the agonizing regime of the "non-independence"), but absolutely unambiguous. In Kyiv, it seems, they really hoped for a positive solution to the issue of introducing a no-fly zone over Ukraine by the “allies”. At least - over its western regions, through which the supply of serious types of weapons as a result could be carried out freely and safely for the same NATO members. Hopes were futile and dissipated like smoke.


It was the question of introducing a no-fly zone that became that unequivocal watershed, after which, in theory, for the "collective West" endless ranting about "unbreakable support" and "ardent solidarity with the "non-flying" should have ended and concrete actions should begin in this area. Nevertheless, they very clearly caught that they stood not just in front of the notorious "red line", but in front of the real Rubicon, which, of course, you can cross. But only once and in one direction. For the way back - to a well-fed and peaceful life will no longer be unambiguous. Russia has more than convincingly proved its readiness and ability to defend its own interests by absolutely any means. And at stake is only Ukraine, which is already an extremely bad asset for the “partners”, which it is time to get rid of. Nevertheless, the West, represented by NATO, lost on that day not only the battle for the "non-destructive", but something much more.

On March 4, events developed, one might say, according to the classical plot. Ukraine, whose “security” and “sovereignty” its Western “partners” vowed to keep like the apple of their eye and protect by all available means, was renounced three times that day. And publicly and loudly. For example, Annalena Burbock, head of the German Foreign Ministry, stated bluntly that "NATO cannot intervene in this war," since such a situation would threaten the whole of Europe with "endless escalation." So in Berlin they prefer to "keep cool". Yes, and the allies in the Alliance, according to Frau Berbock, "are of the same opinion" with her country. There is no doubt about this after a speech by US Secretary of State Anthony Blinken, which, to be fair, added pragmatic specifics to the general declarations of the German colleague, which was completely similar in meaning (and in form too).

The head of the State Department explained in detail to the journalists gathered at the press conference: an attempt to create a no-fly zone over the “non-flying” zone would mean that the Air Force and Air Defense of the North Atlantic Alliance would attempt to shoot down combat aircraft of the Russian Aerospace Forces. This, as Blinken rightly noted, "would be the only realistic and viable option." And unambiguously "would lead to the deployment of full-scale military operations on the territory of Europe." For those who are especially slow-witted, Washington's top diplomat clarified: "President Biden expressed his opinion quite unequivocally: we absolutely do not intend to go to war with Russia." That's it, the issue is closed for the United States, and no further discussions on it have any sense and prospects.

It was none other than NATO Secretary General Jens Stoltenberg who drew a line under the no-fly zone discussions. Referring to the “general opinion” of the summit participants, he stated for the umpteenth time since the beginning of the military operation in Ukraine: there will be no Alliance aircraft in the sky of the “unaffected” land, nor ground forces of the “North Atlanticists” on its soil for anything. “We don’t need it,” the General Secretary specified. He is sure that the Alliance faces a much more important task than defending the interests of some natives, whom Brussels, together with Washington, with their own irresponsible rantings and extremely provocative policies just dragged him into a completely hopeless war. “We are responsible for preventing the escalation of this conflict and its “spread” beyond the borders of Ukraine,” Stoltenberg flirted in his usual grandiloquent manner. Further, he almost word for word duplicated Blinken's main message - the no-fly zone means a direct collision of the "North Atlantic Falcons" with Russian pilots. Next - the inevitable Third World War. At least in the European theater. That is, "even more suffering."

The head of the Alliance did not specify that in this case we are not talking about the suffering of some kind of "Eastern barbarians"-Slavs, but about the troubles that will fall on the heads of "real Europeans" and other "white Sahibs" who will respond with their own delicate skins for the war prepared and provoked by them, of course, they should not under any circumstances. It should be noted that in this case, without exception, all NATO members showed downright exemplary unanimity and realism. As an exception, one can only name the fiery appeal of the ex-president of Lithuania, Dalia Grybauskaite. Doubts about the adequacy of this lady arose earlier, but now they have dissipated completely.

This Baltic “Valkyrie” quite openly called on the North Atlantic Alliance “to declare war on Russia”, since, in her opinion, there is simply no other way out in the current situation. Obviously, the battered ex-president of a tiny country, who thinks she is a great military strategist, asks: “We could intervene in Yugoslavia, Libya, Africa, Afghanistan, Syria. Why not here?" Apparently, she does not see any difference between these countries and Russia in its current state. As well as she is not aware of what will happen specifically to her country in the event of such a scenario. The clinic is complete - and there is nothing more to say here.

Approximately in the same spirit, the speech of the still President of Ukraine Volodymyr Zelensky was sustained, in response to the balanced and reasoned speeches of the “senior comrades”, he burst into a natural, one might say, full-length hysteria. It is difficult to name his confused and inconsistent speech in which he literally threw thunder and lightning at the “allies” who turned out to be so insidious and abandoned him at the most critical moment. The summit, at which the decision was made on NATO's non-intervention in the events in Ukraine, he called "confused", "weak" and betrayed "the struggle for the freedom of Europe." What is the relation to Europe and its freedom has "nezalezhnaya"? Ask the president-clown. With heartbreaking pathos, he announced that from now on “all promises and guarantees of security have died”, as well as some other “values”. The firm (and, I must say, absolutely justified) confidence of the representatives of the Alliance that their direct intervention in the operation to demilitarize and denazify Ukraine would cause a fire in a world (pan-European - at least) war, he easily declared "self-hypnosis" and "narrative, which NATO inspired itself.”

This, obviously, by analogy with those sessions of self-hypnosis (and suggestion from the outside), as a result of which Zelensky himself imagined that Moscow would endure his increasingly provocative and dangerous antics indefinitely. By the way, he did not forget to show traditional ingratitude, reproaching the Alliance with the “diesel fuel, which was purchased at the summit”, saying that it is only suitable for “burning the Budapest memorandum”. Yes, it’s amazing how he didn’t want the “allies” to choke on this very fuel. However, this reprise was only a continuation of a similar tragic farce, which, unwilling to reconcile with the inevitable “head of state,” staged the day before, on March 3. Then it was already clear to any sane person - no one will close the sky.

The Pentagon officially announced the complete absence of such intentions, and British Prime Minister Boris Johnson “washed his hands” almost the very first, a couple of days before that, “Ukraine’s best friend”. As a result, Zelensky began to carry some already perfect nonsense about "torn off legs and heads", which he personally "is ready to go count" - let only the West clarify how many of these are needed "to make the right decision." Well, in the end, he presented the audience with a "sensation" in his best traditions: he said that if NATO does not provide "nezalezhnaya", at worst, at least used combat aircraft, then "the Russians will reach the Berlin Wall." Yes, yes, that's exactly what he did. Not to the walls of Berlin, but to that very symbol of the Cold War that was destroyed to the ground, God forbid, back in 1989. Thus, finally, apparently, losing the last remnants of adequacy, the blood-drinking clown attributed to the Russian Armed Forces the ability to move not only in space, but also in time. Flattering, of course, but painfully reeks of violent insanity.

Currently, Washington is declaring that they allegedly "gave the green light to the supply of fighter jets for Kyiv." That's just the whole point is that, first of all, Poland is supposed to be the supplier. In Warsaw, they made it clear that they categorically do not intend to play with fire, despite the fact that Russophobia has been elevated there to the rank of state policy. The NATO summit, at which, listening to the voice of reason, its members “leaked” Ukraine without the slightest remorse, sent a clear and unambiguous signal to all those who still had crazy ideas to “test the teeth” of the strength and power of Russia or continue to test its patience and peacefulness despite direct warnings and warnings. Yes, Ukraine is not a member of the Alliance, but it is clear to the naked eye that no steps of a military nature will be taken to protect it, not at all for this reason. The thing is that in this case you will have to fight with the Russians. On March 4, the North Atlanticists all over the world signed their fear and impotence before Russia. And they did it extremely convincingly and brightly. Is there any practical sense after this in the existence of NATO as such? The question seems to be rhetorical.
Ctrl Enter
Noticed oshЫbku Highlight text and press. Ctrl + Enter
Reporterin Yandex News
Reporterin Yandex Zen
17 comments
Information
Dear reader, to leave comments on the publication, you must sign in.