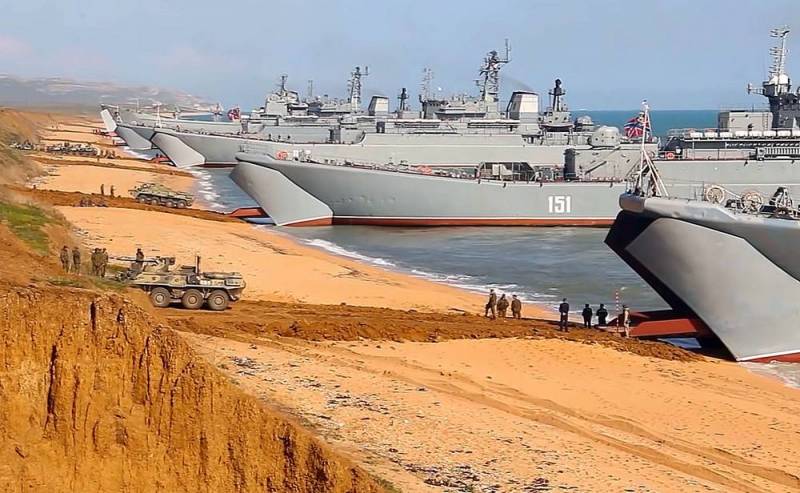 After Russia launched a special military operation to denazify and demilitarize Ukraine, Western media continue to speculate about the possible Odessa amphibious operation by the Russian fleet. In particular, the HI Sutton publication believes that President of Belarus Alexander Lukashenko revealed some plans of the Russian command on this matter during the last meeting of the Security Council of the Republic of Belarus.


The publication notes that the squadron of the Russian fleet with at least six large landing ships is still located in the northwestern part of the Black Sea, but closer to the Crimea, and not to Odessa, as it was before. The Russians are clearly in no hurry to carry out the landing of marines on the coast. 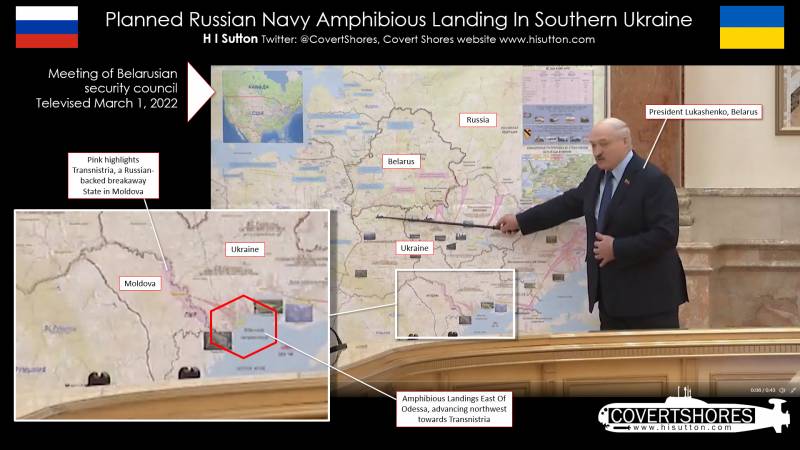 Attention was drawn to five types of coast suitable or inconvenient for landing. The direction of the offensive from the coast towards Transnistria was also noted. 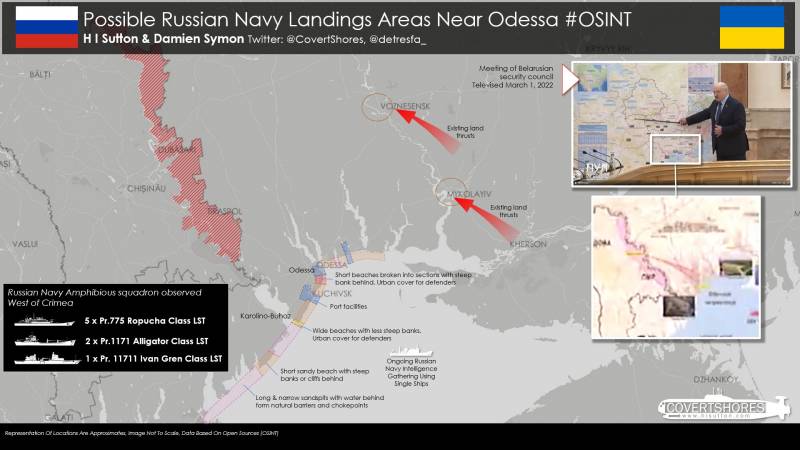 Perhaps the landing force is being kept in case of complications with Transnistria, as insurance, and the Russians want to take Odessa itself, entering by land from the north with large forces. Suddenly Kyiv decides to attack Tiraspol. 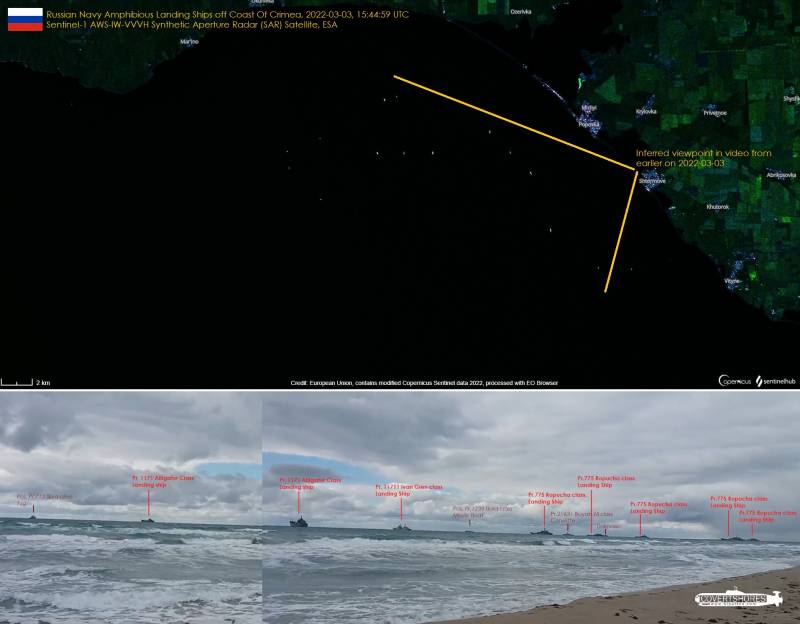 The Ukrainian Armed Forces in Odessa still have artillery and anti-ship missiles, which complicates the landing operation. In addition, the city's beaches are littered with mines and studded with anti-tank hedgehogs.

However, there is another scenario of possible development of events. The Russians do not have to storm Odessa from the sea in the forehead. They can land to the right or left of it and move to connect with Transnistria. Access to Transnistria will allow cutting the communications of the Armed Forces of Ukraine, replenishing supplies and developing offensive operations.

However, each BDK is just a well-equipped company of Marines with technique. This means that the Armed Forces of Ukraine have much more forces in the region, but they are spread over the area, since they have no idea where exactly the landing force can go. At the same time, moving around Odessa, most likely the Russians will meet less resistance.

Naturally, there are speculations that the map was a deliberate deception. We believe that this is unlikely, since Lukashenka will not pretend to be a storyteller. The map was probably prepared at the time when the landing was supposed to take place, but the operational situation did not allow this.
- summed up the media.
Ctrl Enter
Noticed oshЫbku Highlight text and press. Ctrl + Enter
Reporterin Yandex News
Reporterin Yandex Zen
16 comments
Information
Dear reader, to leave comments on the publication, you must sign in.