Russia is preparing a large-scale operation in southern Ukraine 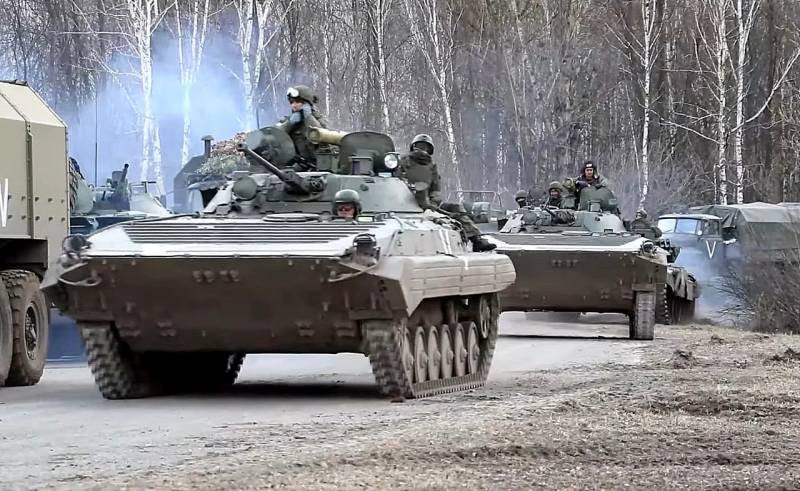 Russia's special military operation to denazify and demilitarize Ukraine is developing rapidly. It seems that today the southern direction will present us with many surprises. Russian-Ukrainian expert Yuriy Podolyaka spoke about this on March 3 on his YouTube channel, speaking about the large-scale actions of the Russian Armed Forces in the Ukrainian south.


He said that in the region of Voznesensk (Nikolaev region), Russian troops were seen not only on the left, but also on the right bank of the Southern Bug River. Therefore, it can be assumed that if they were not transferred there by helicopters, then the road bridge across this river, which is of strategic importance, was taken under their control. At the same time, on the left bank of the Southern Bug, an intensive movement of columns of the RF Armed Forces was noted in the direction both towards Voznesensk and in the direction of Krivoy Rog. 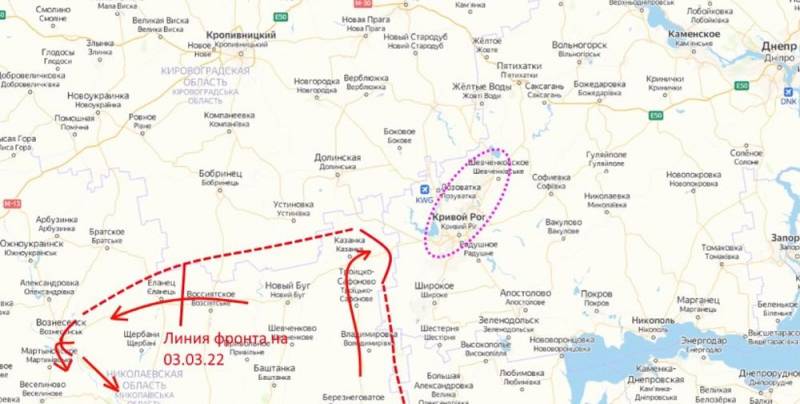 The Russian command is rapidly building up its grouping in this direction and everything suggests that this is a very large operation. But if it turns out that the bridge across the Southern Bug is still taken by Russian special forces, then this is a very big problem for the Armed Forces of Ukraine. Because Odessa region in this case will be cut off from the rest of Ukraine very, very quickly. Again, I repeat, taking into account the fact that Russian units are already on the right bank of the Southern Bug
- he noted. 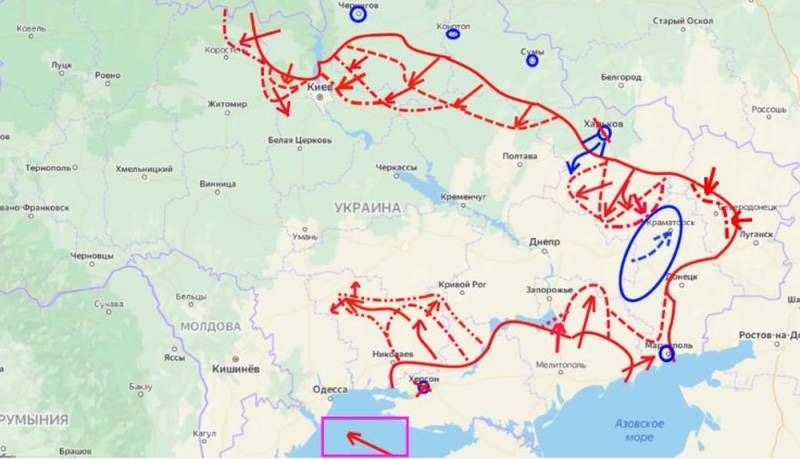 The expert drew attention to the fact that some southern regions of Krivoy Rog are currently being evacuated. He suggested that an operation of the RF Armed Forces to take control of the airport could be carried out in this area. In addition, Podolyaka referred to the data of the General Staff of the Armed Forces of Ukraine, which stated that three Russian landing ships, accompanied by guards, were heading towards Odessa.

This does not mean that the landing will be near Odessa, it can be a landing anywhere. Three ships is approximately a battalion with a full set of combat equipment. And there can be at least three such waves, taking into account the number of BDKs that the Russian command has at its disposal. It is very likely that the first wave left Donuzlav early in the morning today, and taking into account the fact that it takes 10 to 12 hours to reach any point potentially possible for landing on the Ukrainian coast, it can be assumed that in the afternoon this landing the group will land somewhere. The operation of the Russian command to occupy southern Ukraine has entered the next stage. Yesterday was the first stage - the capture of the bridge across the Southern Bug. Today we see the development of this operation
He explained.

As for the Southern Dnieper region, here the Russian grouping, which left the Crimea, is moving on a broad front towards Zaporizhia and further to the northeast.

There is no swift blow to closing the encirclement around the Donbass. But given the fact that another Russian group that was going around Kharkov has now turned west and is covering Kharkov, it makes no sense to go quickly in this direction (south - ed.). I emphasize that Russian aviation is in full control in this area. Therefore, the Armed Forces of Ukraine have no opportunity to withdraw any serious troops from the Donetsk region. There is also information about the gradual and increasingly serious coverage of this Donetsk group by the troops of the Russian Federation and the LPR. Russian troops are already approaching Krasny Liman and serious battles are underway for Izyum. This does not mean that the Russian troops did not go further, just that there is a Ukrainian group in Izyum that is resisting. Well, it is clear that this is a key point that Ukraine cannot give away just like that. That is, the coverage of the Donetsk grouping of the Armed Forces of Ukraine is becoming more and more dangerous. There were also reports that Russian troops or LPR troops had reached the outskirts of Severodonetsk
- he added.

In addition, the group of Russian troops, which is concentrating to cut off the last road from Kyiv to the Left Bank, has already approached the Piryatin-Kyiv highway and will most likely achieve its goal today, or maybe even cut the road to Zolotonosha. After that, Kyiv from the left bank of the Dnieper will be in full operational encirclement.