It's time for the Kremlin to decide: "denazification" or "legitimate president" Zelensky? 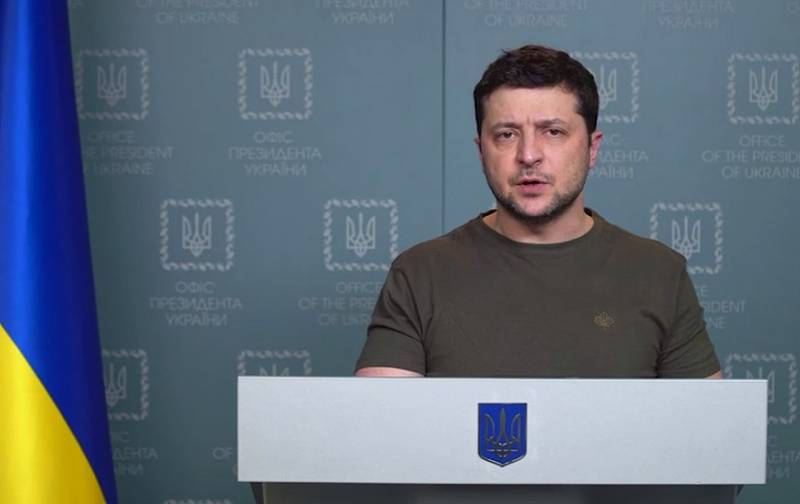 Quite unexpected statements were made not so long ago by the press secretary of the President of Russia Dmitry Peskov. In particular, he said that Russia is not going to organize any elections after the end of the "non-independence" one now being held on the territory, since it is "another country."


This passage, you see, can be interpreted in such a way that Moscow will not take part in the organization of the political structure of the forcibly “demilitarized” Ukraine. Alas, if we bring the conclusions that follow from here to their logical conclusion, then it turns out that everything will again be left to chance? However, in this case, what is the point in the ongoing military operation now? After all, the reality, to our great regret, extremely convincingly demonstrates that even in the Eastern and South-Eastern regions of the “non-independence” strongly pro-Russian citizens, to put it mildly, do not constitute an absolute majority. And something suggests that after the costs and incidents inevitable during the current events, the number of such incidents will rather decrease than increase.

All this, however, is fixable. However, only through a long, painstaking, professional and extremely massive explanatory and propaganda work, erected in that new formation that will arise on the ruins of the current "nezalezhnaya" to the rank of a priority task, one of the foundations of the state policy. Otherwise, there will be an even deeper split in society than in 2014, which will rapidly worsen and will not lead to anything good (including for Russia).

But who will have to carry out this policy - to heal the minds and souls, to "stitch" the country, at the same time cleansing it from the Nazi-Bandera scum? Really people who came to power "accidentally", without any participation of Russia? I would like to believe that Mr. Peskov meant, after all, purely technical aspects of the “organization of elections” and the refusal to “appoint” candidates to the new government, and even more so, the winners of this election campaign. Indeed, Moscow should not have a hand in this, at least not explicitly and openly. However, it is necessary to guarantee that loyal, sane and at least more or less professional people will receive power in the liberated territories.

However, other words of Dmitry Peskov are even more surprising - that "Vladimir Zelensky is considered in the Kremlin as the legitimate president of Ukraine." Excuse me, but how do you understand this? This was an answer to a direct question from a journalist, and it sounds, you see, very strange - at least after Vladimir Putin's statements about the "denazification" of Ukraine as one of the goals of the operation to force peace. Who, then, are they going to denazify, if not the supreme power of the country that has completely “flipped off the coils”? Nationalist battalions and their command? Well, they will deal with them, there is no doubt, qualitatively. But it won't solve the whole problem. The infection has penetrated deeply and spread throughout the "organism" of the country and, moreover, its state bodies.

After everything that has been done since February 24 of this year, this "legitimate" place can only have one place - in the dock of a military tribunal. As supreme commander, he is fully responsible for everything: deployment of strike weapons and military equipment in residential areas (this is true, I am a witness!), uncontrolled distribution of weapons, which has already led to hundreds of deaths of civilians, ongoing attacks by the Armed Forces of Ukraine on the Donbass, and so on. And most importantly - for refusing to give the only order possible in this situation: to lay down arms and complete surrender. On the contrary, the Kyiv authorities are inciting hatred and pushing the inhabitants of the country to commit suicide.

Agree, such duality gives rise to a certain cognitive dissonance and confusion. What happens? If Zelensky and his gang, faced with the prospect of an absolutely inevitable defeat (when Russian tanks approach Pechersk), agree to sign a surrender, will they be able to negotiate some favorable conditions for themselves? For example, the opportunity to move to London, as suggested by Boris Johnson not so long ago? And even stay in power until the new elections?

It is in connection with this that the new round of negotiations scheduled for the morning of March 3 raises certain concerns. Moreover, it takes place in Belovezhskaya Pushcha, which gives rise to additional negative associations. One fatal betrayal had already been committed there. It is somewhat strange to hear Mr. Medinsky's words about a possible "ceasefire" against the background of completely different statements from Kyiv.

Aleksey Arestovich, adviser to the head of the office of the local president, tells fellow citizens about “the transition of the Armed Forces of Ukraine to the counteroffensive”, “the defeat of the elite forces of the enemy” and calls for mercilessly cutting Russian rear units wherever possible. A ceasefire under such conditions? Is it reasonable? Is it allowed? Each new day of silence is an additional opportunity for the Kiev regime to regroup troops and replenish its arsenals. What will be the cost of delay, you can not explain.

I will not assume how such “zigzags” can affect the moral and psychological state of those guys in uniform who today, at the cost of their lives, are clearing Ukraine of Nazi abomination. It is not for me to judge, and I do not consider myself entitled to do so. But on the other hand, I cannot remain silent about the perception of those who are now hostages of the enraged junta and the gangs of marauders and murderers generated by it. The biggest fear for many (believe me, many!) residents of the same Kyiv, where people on the streets are declared “saboteurs” and killed for a few calls to Russian numbers found in the phone book, is not the continuation of a special military operation, but its termination. Or - a suspension for a long time under the guise of "peace talks" and "ceasefire".

The only ending that can put an end to everything that has been happening here and is happening now can be the capture of Kyiv with the immediate overthrow of the criminal clique of Zelensky and company. The question of its legitimacy cannot even be considered theoretically, after all the criminal orders and actions that we have all witnessed in the past days. This gang is completely divorced from reality and no negotiations with its representatives can be effective a priori. Kyiv constantly stirs up the situation, calling under its banners those who are ready to die for the bloody specter of “Ukrainian freedom”. I would like Moscow to give firm hope to others who see liberation in what is happening and fear that it will never come.
Ctrl Enter
Noticed oshЫbku Highlight text and press. Ctrl + Enter
Reporterin Yandex News
Reporterin Yandex Zen
71 comment
Information
Dear reader, to leave comments on the publication, you must sign in.