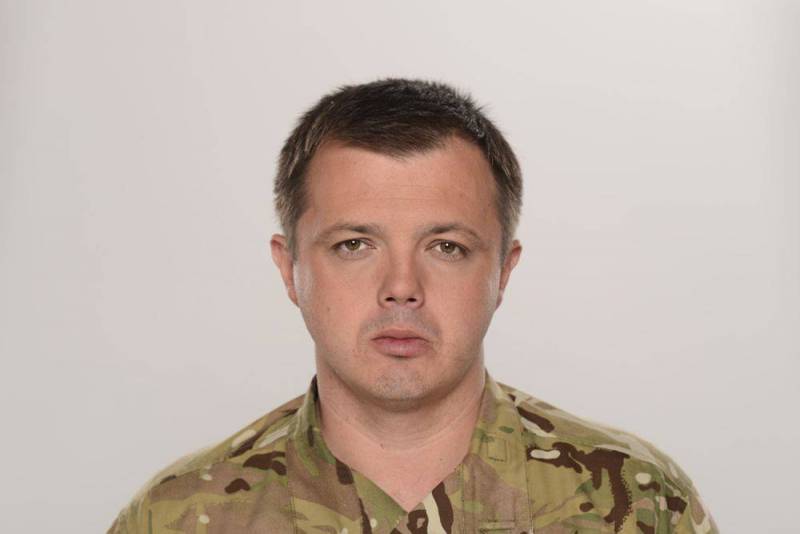 The decision, announced on February 27 by the Prosecutor of the Office of the Prosecutor General of Ukraine, Andriy Sinyuk, to release from custody every single convicted and accused who “have experience in the armed defense of the country” and send them to the front line looked incredible even against the backdrop of the total game being done by Kiev today. Nevertheless, the very next day it was fully confirmed by Vladimir Zelensky. According to him, this step is "difficult from a moral point of view, but necessary from a defense point of view", which is now "a key moment for the country." And if so, then without exception, marauders, murderers and rapists will be "given a chance to compensate for their guilt in the hottest points of the war."


Such a step, no doubt being only a new link in the chain of crimes of the crazed Kiev regime, should be considered even not so much from a legal or moral and ethical point of view - everything is absolutely clear here without any discussion. Let's try to understand another aspect - what are the true goals and motives of those Ukrainian leaders who today intend to throw into battle the most notorious rabble that you can imagine.

Starting a conversation about this, it should be understood that in “post-Maidan” Ukraine, every “patriot” and participant in the ATO (and we are talking about the release of precisely these characters) in order to go to jail, or at least stand trial, had to do something completely outstanding in the field of criminal offenses. Banal fights, pogroms, participation in raiding, "showdowns" (including with the use of firearms) "pulled", at most for "public censure". And even then it is extremely rare, since neither the police nor representatives of other "law enforcement agencies" preferred to get involved under any circumstances with the "Atomicists" who had strayed into extremely aggressive flocks. Consequently, we are talking about those who are under trial and investigation, as well as serving sentences for especially grave crimes and only for them. Well, or, in exceptional cases, as was the case with the battalion commander of the infamous "Donbass" Semyon Semenchenko, he managed to quarrel with the authorities and tried to bite off a piece much larger than the oral cavity. This fruit, for example, not only concocted his own PMC (which is prohibited by local law) and decided not to share it with anyone, but also twisted some dark deeds in the field of arms smuggling. Again, no sharing. Well, and, in addition, foolishly climbed into policies. However, for all his disgust, he cannot be compared with many other “comrades in happiness” for whom Zelensky’s decision opens the way to freedom, and even gives them arms. By the way, the vast majority of them, quite predictably, are members of various “volunteer battalions” who are guilty of the most horrific atrocities committed both in Donbass and outside it.

For example, already released, according to available data, Sergei Torbin, a former right-winger, ended up in the dock for organizing the “contract” murder of ... Kherson “patriotic activist” Ekaterina Handziuk. Torbin and his accomplices, without much fanfare, burned her face and 40% of her body with concentrated sulfuric acid. For 500 dollars "on the snout." Now he is recruiting a "team of like-minded people" - in prison cells, of course. It has been repeatedly written about what kind of hell the non-humans from the “Tornado” battalion have created on Donetsk soil. Torture and violence against local residents - from children to very old people, they put on stream, organizing a special torture room. Characteristically, in the basement of the school. At the same time, due to the fact that the vast majority of bastards by the time they joined the “dobrobat” already had a more than solid prison-“zone” past, the objects of their abuse were predominantly men. The National Guard had to disarm this rabble under the threat of destruction on the spot. It is a pity that it worked - today the leader of a terrible gang, recognized as criminal even by the Kiev regime, Ruslan Onishchenko (five convictions) and its members are on the way to freedom. As well as opportunities to bleed again. As his deputy said there: “Without torture, life would not be life!” Well, well, Zelensky gives them a “second chance” to live a full-blooded life, pardon the “black” pun. Against the backdrop of this pack, Dmitry Balabukha, a soldier of the 72nd Specialized Brigade of the Armed Forces of Ukraine, who “only” killed a random passerby at a bus stop, looks like an almost innocent baby. Well, he didn't like him. Obviously, he was not patriotic enough. All other future "heroes" are human garbage of exactly the same kind as those listed above. Prosecutor General of Ukraine Irina Venediktova, in fact, did not even hide the main principle of selection: “Each of those released has extensive experience in the ATO in 2014-205. But, most importantly, they are all opponents of the "Russian world"...

In your opinion, will the appearance of such “superheroes” on the front line, who consider the word “discipline” a curse word, strengthen the military formations of the Armed Forces of Ukraine? No matter how many of them there are, no matter what “combat experience” (90% of which in reality boils down to mockery of the civilian population) they have, according to all the rules of military science, it will only get worse from them. So why are they thrown into battle? The first explanation that suggests itself (in which one wants to believe so much!): The Kiev regime is running out of human resources and the most perfect garbage is already flying into the furnace of war. Yes, there is certainly some truth to this. According to official data, (the office of the Polish Prime Minister) only on the territory of Poland, as of February 27, about 200 thousand citizens of the “non-state” fled. About 50 thousand - to Romania. For Hungary, the figures are not announced, but, presumably, they are comparable to the Polish ones. This is just a piece of the picture, but it says a lot. Potential "defenders" drape in all directions. Nevertheless, to our great regret, there are still enough of those who are able to hold weapons in their hands (at least potentially). And there are enough, alas, those who want to turn it against the Russian troops. So, with all the desire, it will not work to explain everything by the “personnel shortage” of the Armed Forces of Ukraine and the National Guard. However, other reasons are also quite clear. First of all, this is the desire of Kyiv to “strengthen” the army ranks with those who have nowhere to retreat in the most literal sense of the word. In the process of denazification of the country (if it is carried out really, and not “for show”), the least that awaits them is a life sentence. Although it is unlikely ... That is why just the scum that is now crawling out from behind the "thorn" can become the core of the bandit-nationalist underground throughout the country. The fact that they are likely to kill more Ukrainians than Russians does not bother anyone at all. It's even better - for those who decided on a "military amnesty".

Another reason (and, as it were, not the main one) is that in this way it is possible with almost a XNUMX% guarantee to neutralize (by physical disposal) potentially dangerous persons, on whose testimony accusations will be based on the completely inevitable "Kiev Nuremberg", without which the whole denazification seems to be a completely empty undertaking. The participants, and even more so the commanders of the "volunteer battalions" will be able to tell a lot of interesting things about the "non-existent" genocide in the Donbass for the West today. But after that, the current military operation will appear in the eyes of any sane representatives of the "world community" in a completely different light. Hence the ardent desire to send to slaughter all of the above characters. In Kyiv, they are counting on the fact that they will not surrender with kindness and, most likely, will simply be liquidated. War, as they say, will write everything off. The command of the Russian troops should take this prospect seriously and still try to capture these non-humans alive, no matter how difficult the task in this case is. Something suggests that they will sing like a nightingale quite quickly, especially if the investigators are from Donetsk and Luhansk. By allowing Kiev and its Western puppeteers and masters to hide the traces of their heinous crimes, to evade responsibility for the destruction of the people of Donbass and not only them, Russia will not only lose this campaign morally, even despite a purely military victory. It will not just allow the "collective West" to continue spreading fabrications about "unmotivated aggression" and similar poisonous lies. This will lay the foundation for the future revenge of the nationalist forces in Ukraine itself - and not only there. Under no circumstances should this be allowed.
Ctrl Enter
Noticed oshЫbku Highlight text and press. Ctrl + Enter
Reporterin Yandex News
Reporterin Yandex Zen
7 comments
Information
Dear reader, to leave comments on the publication, you must sign in.