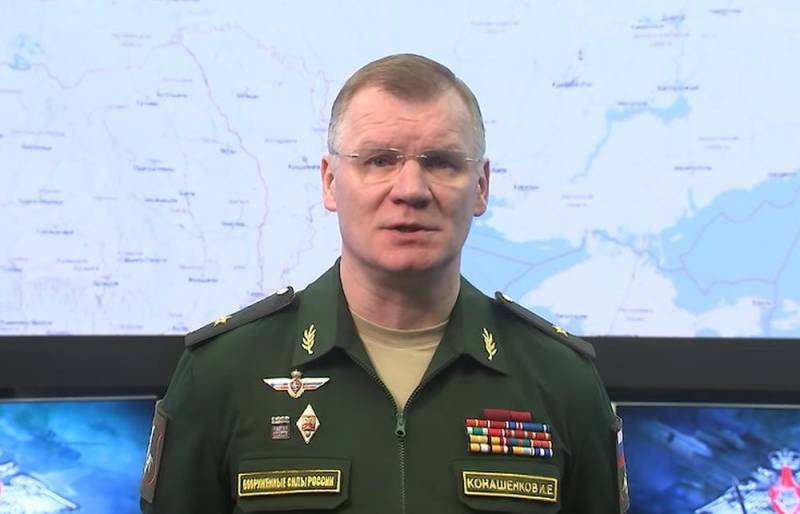 Since the beginning of the special military operation to denazify and demilitarize Ukraine, the Russian army has attacked 1067 military infrastructure facilities. On the evening of February 27, a representative of the Russian Defense Ministry, Major General Igor Konashenkov, spoke about this at a briefing.


He reported that among the indicated affected objects there are 56 radar stations, 27 command and control centers and communication centers, as well as 38 air defense systems, of which 7 air defense systems were destroyed today, including 1 S-300 near Kramatorsk. In addition, 3 Turkish-made Bayraktar TB2 UAVs were shot down near Chernigov today.

In total, 254 tanks and other types of armored vehicles, 31 aircraft at airfields, 46 MLRS, 103 pieces of cannon artillery and mortars, 164 military vehicles were destroyed.

Russian military personnel show courage and heroism in the course of carrying out combat missions... Unfortunately, there are our comrades killed and wounded. But our losses are many times less than the destroyed nationalists
- he stressed.

Konashenkov added that the servicemen of the Armed Forces of Ukraine who laid down their arms are treated humanely, respectfully and with dignity. He promised that they would all go home to their families.

The speaker drew attention to the fact that the Russian side knows “how the Ukrainian Nazis treat the few captured military personnel” of the RF Armed Forces. He compared this with the behavior of the Nazis of the Third Reich and their henchmen policemen, who tortured and tortured Soviet soldiers during the Great Patriotic War.

Konashenkov warned that the Russian side was scrupulously recording all the facts of bullying of the servicemen of the RF Armed Forces who were captured by the Armed Forces of Ukraine. All those involved will certainly be found and held accountable for violating the convention on the treatment of prisoners of war.