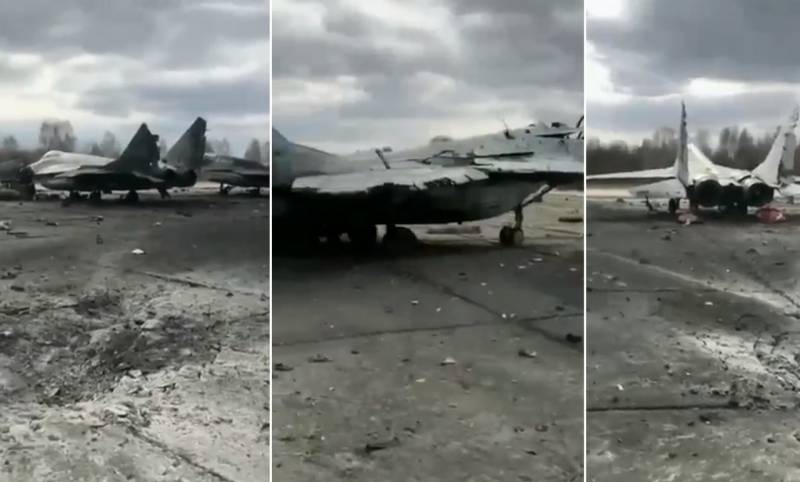 As a result of a missile attack on the air base in Ivano-Frankivsk, at least seven units of MiG-29 fighters of the Air Force of the Armed Forces of Ukraine were destroyed. It is noted that the Kalibr missile, launched from the Black Sea, hit the airfield.


The consequences of the strike were shown by the military personnel of the Armed Forces of Ukraine who arrived at the scene. A deep mark is clearly visible in the center of the aircraft parking lot.

Recall that since February 24, the Armed Forces of the Russian Federation have been conducting a special operation to denazify and demilitarize the Kiev regime. The Russian army is developing success in the southern, eastern and northern directions.
Reporterin Yandex News
Reporterin Yandex Zen
6 comments
Information
Dear reader, to leave comments on the publication, you must sign in.