Correspondence between Moscow and Washington: Russia should move to a conversation from a position of strength 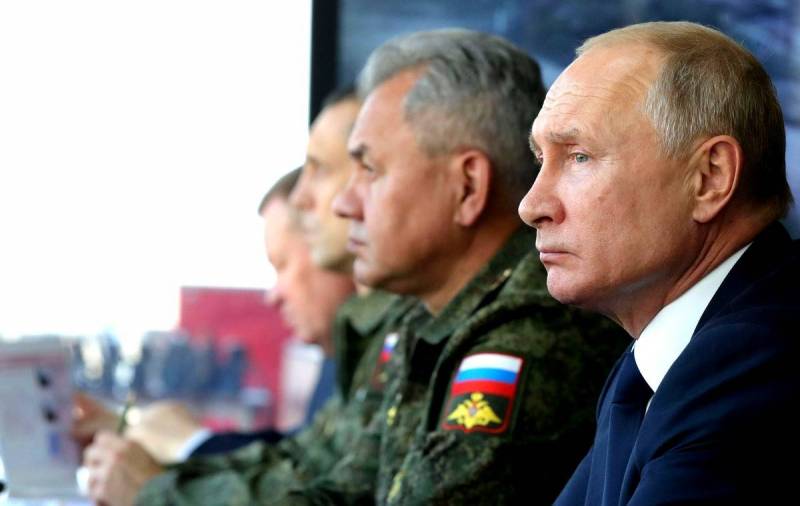 The Russian Foreign Ministry published a response to the US response on security issues. Unfortunately, the protracted correspondence between the two states will not be able to claim either literary value or political. On both sides, officials write, hard hit by the clerk, addressing mainly the internal audience. It is a pity that our letter writers are not inspired by the famous biting style of Ivan the Terrible or Stalin's furious manner of replying to British Foreign Secretary H. Morrison, who at one time, like Biden today, dared to directly address our people.


However, one cannot fail to recognize that the public polemics of warring states is a remarkable practice that increases clarity in international relations and reveals the political arguments of the parties.

Some for rights, others for duties

The central and most debated issue of the correspondence is the relationship between the right to military blocs and the obligation not to strengthen one's security at the expense of the security of others, which was fixed at the 1999 OSCE Istanbul summit. Russia argues that NATO expansion to the East violates its security, which means that the United States and other founders of NATO should not accept countries adjacent to Russia into it, while the West says that it is unacceptable to restrict the rights of countries to freely join military alliances, they are in favor of a policy of "open doors."

Russia's position on this issue seems to be the weakest, since it is easy to imagine that a large and strong country determines the fate of small and weak countries and puts forward demands on their foreign policy. Therefore, the United States has repeatedly stated that Russia is trying to "return" the world to the policy of spheres of influence, they say, it demands that Eastern Europe, the CIS be its sphere of influence. And America is not at all to blame that other countries want to join NATO. This, they say, their desire and they have the right.

NATO Secretary General Stoltenberg says something like this about Russia:

This means de facto recognition that Russia can control what its neighbors do or don't do. And this is the world we don't want to return to. A world where big nations could impose limits on what sovereign independent nations could do.
The insistence by the Russian side on the obligation not to strengthen security at the expense of the security of others in such a consideration of the situation really looks like verbalism, therefore, specifically on this issue, for the Western audience, Russia is losing the controversy.

The reference to the charter, which was signed in November 1999 after Poland, Hungary and the Czech Republic joined NATO in March of the same year, looks inconsistent. Wasn't this "strengthening security at the expense of the security of others", as in the threatening situation with Ukraine or Georgia? Many somehow miss the fact that Poland has a common border with Russia, and the Czech Republic and Hungary are a potential rear of the European front in front of the border of the former USSR.

One of Russia's most significant and meaningful arguments is that if Ukraine is admitted to NATO, the flight time to Moscow and other major Russian centers will be reduced to five minutes. Sounds very worrisome. Some even compare the current situation with the Caribbean crisis. However, does “flying time” matter much for a nuclear power with the possibility of a guaranteed fatal retaliatory strike against the enemy? During the Caribbean crisis, no country had such an opportunity, and the deployment of a nuclear arsenal near the borders violated military-strategic parity.

In other words, the essence of Russia's position is not fully reflected as a diplomatic argument. The bottom line is that Russia does not want the US to expand its sphere of influence in our region, and security issues are an excuse to initiate the expulsion of the US from Eastern Europe.

We have already accumulated extensive experience in ousting America from various countries and regions. In the Middle East, the position of the United States has significantly weakened, they are successfully expelled even from Iraq. The exodus of Americans from Afghanistan to Central Asia has become a real symbol of the end of the old world order. So Russia is demanding that the United States stop spreading its influence, curtail the NATO expansion program in the east of Europe.

Diplomacy arose as one of the aspects of foreign policy and was formed as a more or less independent direction of state policy in the XNUMXth century. Diplomacy, by its very nature, is designed not to shed light on the essence of certain processes in interstate relations, but to obscure the true goals and interests of politics. To agree, to deceive, to outwit and confuse - that was the art of diplomacy at the dawn of its formation. Unfortunately, today diplomacy often uses the same methods. But the main scourge of the modern diplomatic sphere is its formalism, into which it fell after the heyday of international law in the XNUMXth century. Many diplomats think like professionally deformed lawyers, not seeing the content behind the letter, not seeing real life behind the text of treaties, agreements, acts, charters.

Of course, the real foreign policy practice of states does not proceed from diplomatic positions and the UN Charter, but from the objective state of affairs. But at the same time, politicians have played diplomacy so much that they are unable to recognize the obvious.

First: world politics is dominated not by the ideology of the UN Charter, but by the right of the strong, which gives rise to a pyramidal structure of international relations.

The second: the essence of interstate relations, primarily the largest Western militarized states, is the struggle for spheres of influence, property and markets. NATO expansion, color revolutions, and everything else are subordinated to this goal.

It would be much more useful if correspondence, polemics, propaganda squabbles and negotiations with the United States were conducted from the position of objective political reality, and not diplomatic idealism, even if enshrined in international charters, agreements, acts and treaties.
Reporterin Yandex News
Reporterin Yandex Zen
3 comments
Information
Dear reader, to leave comments on the publication, you must sign in.