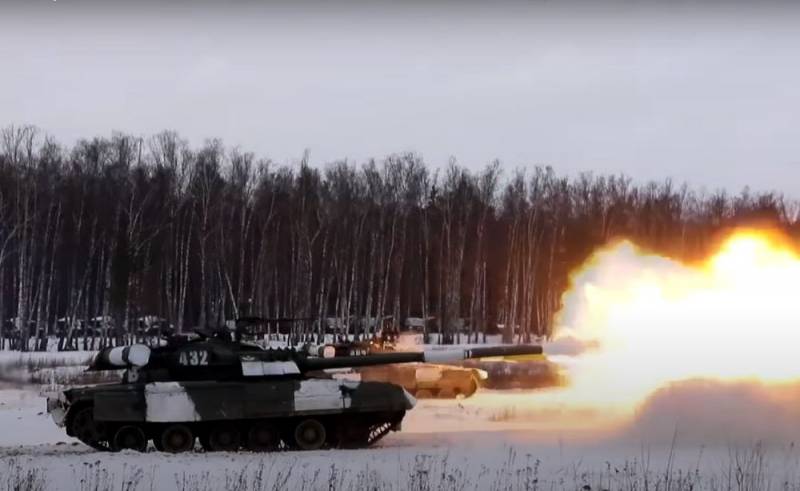 The Americans believe that Russia's "invasion" of Ukraine could begin at any moment. However, Moscow can still achieve its main goal - to get Kiev into its sphere of influence - without starting a big war. Columnist Jerzy Haschinsky writes about this for the Polish edition of Rzeczpospolita.


The author notes that the main sign of the approaching war is the concentration of the military grouping of the RF Armed Forces around the Ukrainian borders. But the exercises of the Russian fleet in the Black Sea, ground forces in Belarus and the statements of the leaders of the Russian Federation are more likely to point to this as signs.

The head of Russian diplomacy, Sergei Lavrov, canceled a visit to Israel scheduled for next week. No high-profile Russian officials will attend the Munich Security Conference later next week, and the Kremlin liked to show up there, often scaring the West. Will there be no need to scare in a few days, because everyone will see photos of the bombing of Ukraine?
- the author argues and asks a question.

The White House is talking about the bombing as the most likely option for a "Russian invasion" that could take place before the end of the Winter Olympics in Beijing. At the same time, American functionaries officially declare that they do not know whether Russian President Vladimir Putin made the decision to "invasion", but the media disseminate unofficial information of the opposite nature.

Washington decided to send an additional 3 of its soldiers to Poland and urged American citizens to leave Ukraine immediately. In addition, an urgent online meeting of the leaders of the United States, Canada, EU, NATO, Germany, Great Britain, Italy, Poland and Romania was held. Moreover, there is an opinion that Russia considers the price of sanctions acceptable for itself, including thanks to the support of its Chinese ally. But there are signs that the war will not happen soon.

The fact that the invasion will not happen in the coming days is evidenced by the calendar of Putin's meetings and negotiations. On Saturday, there will be video conferences between him and Joe Biden, as well as his recent guest Emmanuel Macron, which both announced unexpectedly. On Tuesday, as expected, German Chancellor Olaf Scholz will appear in the Kremlin. Can we expect an invasion after Tuesday?
– explains and is interested in the author.

He concludes that everything depends on whether Putin considers the results of communication sufficient to achieve what he wants without a large-scale conflict. The Kremlin wants the Minsk agreements on Donbass to be implemented, and Ukraine to forever lose its connection with the West and the opportunity to join NATO. At the same time, Paris agrees to this and Berlin also does not mind.

The question is, will the Americans be willing to put pressure on Ukraine to give up its dream of joining the West? This would be the payment of Ukrainians for stopping the war
- summed up the author.
Ctrl Enter
Noticed oshЫbku Highlight text and press. Ctrl + Enter
Reporterin Yandex News
Reporterin Yandex Zen
2 comments
Information
Dear reader, to leave comments on the publication, you must sign in.