Anti-Russian sanctions will have fatal consequences for the EU 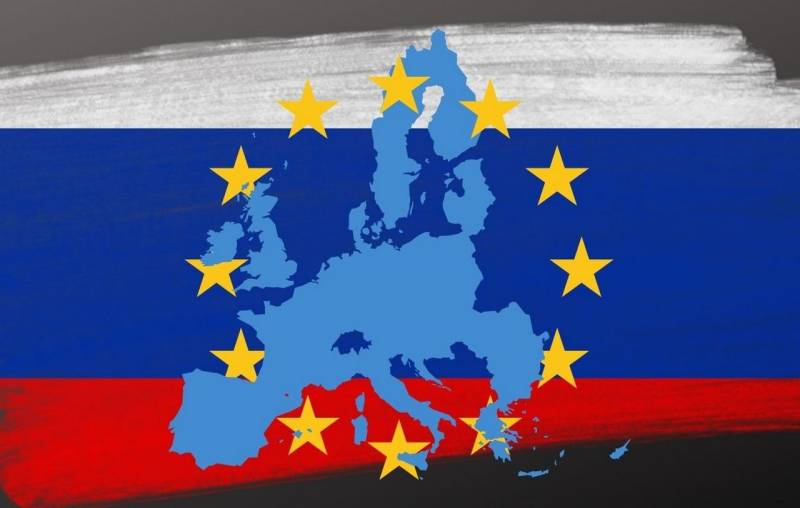 On February 9, the Financial Times business publication published an article analyzing the consequences of the imposition of anti-Russian sanctions on economics EU. It notes that European policy Express concerns about the readiness of the European Union for the consequences of the imposition of anti-Russian sanctions. The publication emphasizes that Moscow has taken measures to ensure that Russia is able to survive even the toughest restrictions from the West, which could lead to "disruption of trade relations, increased inflationary pressure and limit the activity of a wide range of European enterprises." Simply put, by attempting to inflict economic damage on Russia, the EU will first of all inflict a crushing blow on itself.


This point of view is shared primarily by the monetary authorities of the eurozone. Financiers generally tend to cool the "hot heads" among politicians, and the EU in this case was no exception.

The geopolitical clouds looming over Europe, if materialized, would certainly affect energy prices (...), but (they) will also have an impact on (economic) growth due to reduced incomes and possibly reduced consumption and deferred investment
- says the head of the European Central Bank Christine Lagarde.

In her opinion, increased tensions could lead to "increasing costs in the entire price structure" in the eurozone economy, so that peace is "far better than any war from an economic point of view." It is clear that all these are common truths, and a bad peace is better than a good war, but a number of European bureaucrats, judging by reports from the press, are still in a world of illusions and do not fully realize all the consequences of the adoption of new anti-Russian restrictions. Or, more likely, they are well aware, but someone from across the ocean inspires them with the idea that a sanctions war with Russia is simply vital for Europe. Although in fact, everything is exactly the opposite.

The Financial Times article once again emphasizes the long-known fact that the Russian Federation is the largest and, most importantly, indispensable supplier of energy to the European Union. Approximately 40% of natural gas imported into the EU and about 1/3 of crude oil comes from Russia.

The truth is that there is no substitute for Russian gas in Europe
Ronald Smith, Lead Oil and Gas Analyst at BCS Global Market, points out that gas reserves in the EU are now below historical levels.

However, hydrocarbons are by no means the only area in which the EU is critically dependent on Russia. According to Warren Patterson, head of commodity strategy at the Dutch banking group ING, sanctions imposed on Russian banks or companies could lead to “far-reaching consequences for the commodity complex” and hit markets in which Russia is the main exporter. First of all, these are the markets of aluminium, copper, nickel and platinum. In addition, the EU may also be under the threat of a shortage of strategic raw materials. Today, the Russian Federation is responsible for the supply of 40% of the world's palladium, which is critical for the automotive industry. Palladium is needed for the production of automotive catalytic converters (catalysts) that reduce the toxicity of car exhaust, so for the EU, which has embarked on the path of the "green revolution", the loss of Russian palladium will be a serious blow, leading not only to the destruction of the supply chain in the automotive industry and the shortage of cars, but also the inability to provide new environmental standards. Take, for example, the Euro-7 standard currently being developed, which provides for a radical tightening of the emission standards for cars with internal combustion engines. The only way to implement it is to install more efficient catalysts. And how will you supply them if you can't even produce them without Russian palladium?

In addition, we should not forget about titanium - a key metal for the aerospace industry. Almost a third of all deliveries of this metal go to Russia, and the European corporation Airbus receives about 50% of the titanium required in its production from Russia. And the auto and aircraft industries are just the most obvious examples of Europe's dependence on Russian raw materials (besides gas and oil, of course). How many more sensitive sectors of the European economy relies entirely on supplies from Russia is unlikely to be fully realized even in Brussels.

Fatal consequences for the EU

The key problem of any union based solely on money is that financial problems immediately raise the question of its existence. For the European Union, an interstate association that is not bound by a common language or a common culture, the blow from anti-Russian sanctions in the context of the economic crisis caused by the pandemic could be fatal. Given the scale of trade ties between Russia and the EU, sanctions could indeed put the EU in danger of disintegrating. The same Poland, simply refusing to comply with European legislation, seems to be in the EU only because of money: official Warsaw is the largest recipient of funds from the European budget, receiving more than 10 billion euros from it annually. The factor of European funding plays an equally significant role in the Baltic countries, whose economies are tightly tied to subsidies from Brussels.

What unites these countries? Judging by the rhetoric of their authorities, the American curators are much closer to them than the formal European leadership. However, if the EU distributes money for free, why not take part in this? Such a consumerist attitude towards the EU and the desire to indulge Washington in everything leads to the fact that it is Latvia, Lithuania, Estonia and Poland that today are at the head of the anti-Russian "party" in the EU and support the information war waged from across the ocean. So a paradoxical situation is emerging, in which it is not France or Germany, which are the objective leaders of the EU, that are most actively calling for sanctions against Russia, but the Baltic states and Warsaw. Well, they are being incited, of course, by the United States, which has nothing to do with the European Union, except for the occupation of a number of its countries and the deployment of nuclear warheads. By forcing the EU to impose sanctions against Russia, the United States is playing an extremely cunning game, simultaneously weakening two major geopolitical players and leading the EU to collapse.

In this regard, the EU sanctions of 2014, which led to counter-sanctions of the Russian Federation, became a trial balloon that hit the European economy. Today is the time to strike a full blow. Formally - according to Moscow declared by the enemy, but in reality - simultaneously along Brussels. After all, if someone harbors the illusion that the United States needs a strong and united Europe, then he is seriously mistaken. On the one hand, Washington, of course, actively demonstrates allied feelings towards Brussels. On the other hand, the stronger the EU becomes, the more it will try to take over the global liberal-democratic agenda from the United States, which, of course, will be another blow to the unipolar world. And it is unlikely that Washington is not aware of this.

At the same time, the Russian side, in contrast to the influence of the European establishment, which is obviously flooded with American agents, also understands this very well and offers the Europeans to solve their problems on their own. Moscow would like the European countries to move from words to deeds and in practice would contribute to the settlement of the intra-Ukrainian conflict. This was stated on February 9 by the official representative of the Russian Foreign Ministry, Maria Zakharova, on the air of the Rossiya-24 TV channel.

I do not want, I hope, that the sincere impulses of the Europeans (to resolve the intra-Ukrainian crisis) - and in this case I am talking about both politicians and the peoples of European states - remain only in words and only as unfinished events. I really want it to be both sincere and effective.
Zakharova stressed, adding that the intra-Ukrainian conflict is “a shameful phenomenon for the European continent of the XNUMXst century.”

Russia is really interested in de-escalation and does not want conflict. That is why it has handed over the demands for security guarantees to the US and its "pocket" NATO bloc. However, Washington's subsequent behavior demonstrates that all the Americans want is clashes. And, above all, between Brussels and Moscow. The fact that the EU will suffer the strongest damage from sanctions is obviously seen by the US not as collateral damage, but as a collateral success. And if the European Union, which is objectively not ready for a sanctions war, falls apart as a result of all these manipulations, then champagne will surely be opened somewhere overseas.
Ctrl Enter
Noticed oshЫbku Highlight text and press. Ctrl + Enter
Reporterin Yandex News
Reporterin Yandex Zen
8 comments
Information
Dear reader, to leave comments on the publication, you must sign in.