Media: Russian-Ukrainian war will provoke a massive shortage of wheat 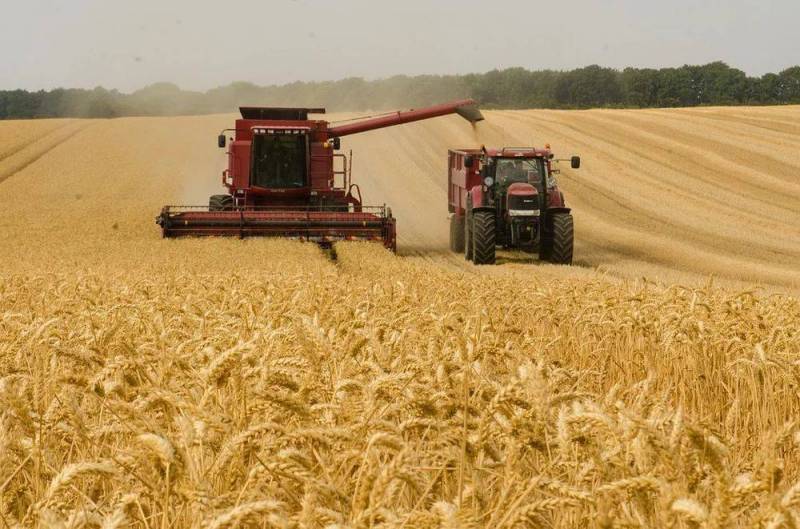 Russia and Ukraine are among the leading agricultural producers on the planet. Therefore, the market for grains such as wheat, barley and corn is very vulnerable to supply disruptions from these countries. This is reported by the British newspaper The Telegraph, which tightly supports the hysteria around the topic of "probable Russian invasion of Ukrainian soil."


The publication notes that the tension on the Russian-Ukrainian border has already caused a rise in the price of wheat around the world. This has also reverberated in the UK, being the main driver behind the increase in the cost of bread and other food items in the UK in recent months, which has not been seen in the past 10 years. In December 2021, prices rose by 4,5%.

Experts are sure that if Russia "invades" Ukraine, the Russian-Ukrainian war will provoke a large-scale shortage of agricultural products. This will hit the British hard, provoking an even sharper rise in prices.

Conflict and sanctions will disrupt the supply of wheat and barley, putting even more pressure on food prices in the UK
- says the publication.

For example, specialists from the Dutch bank Rabobank warned that in the event of “Russian aggression”, wheat prices would double, as a significant part of grain producers in Ukraine would be hit. Analyst Michael Magdowitz believes the conflict could harm 2% of Ukraine's wheat and barley production and block all key export ports. Sanctions against the Russian Federation will potentially trigger a huge deficit, which could double prices. He called winter the "least dangerous" time to wage war, as the harvest was in and much of the grain had already been exported. However, if the war "continues" in April, then crops will be threatened, after which futures will inevitably "grow in price".

At the same time, specialists from the American financial conglomerate JPMorgan think that supply restrictions may cause the price of wheat to soar to $ 11 per bushel (a unit of volume in the British imperial system of measures for bulk solids 1 bushel is equal to 36,36872 liters, and in the American system measures - 35,2393 l), although now the price does not reach $8. Analyst Natasha Kaneva explained that it is important to pay attention to the timing of the escalation, which can be used to determine which export volumes may be at risk. She stressed that the markets are very sensitive to the topic of war.

Russia and Ukraine together account for 25% of wheat supplies to the world market, 50% of sunflower seeds and oil from them, and 20% of rapeseed. The crisis has become the most serious since 2011. The increase in food prices in the UK in December also led to the highest inflation rate in 30 years. Moscow faces tough financial sanctions, including restrictions on exports, if it does not refuse to “attack”.

At the same time, Ole Hansen from the Danish bank Saxobank added that the risk of a disruption in global supplies is noted against the backdrop of bad weather, which worsened the forecast for winter wheat in the US, as well as corn and soybeans in Latin America, summed up the media.

Note that the publication did not even bother to provide statistics on exactly how much wheat is imported to the UK from Ukraine and Russia. After that, readers ridiculed the "horror story" article. They pointed out that it is high time for the UK to return to normal agriculture, ceasing to withdraw land from circulation for the installation of windmills and solar panels.
Ctrl Enter
Noticed oshЫbku Highlight text and press. Ctrl + Enter
Reporterin Yandex News
Reporterin Yandex Zen
6 comments
Information
Dear reader, to leave comments on the publication, you must sign in.