IntelliNews: What goals has Putin already achieved and what lies ahead for him 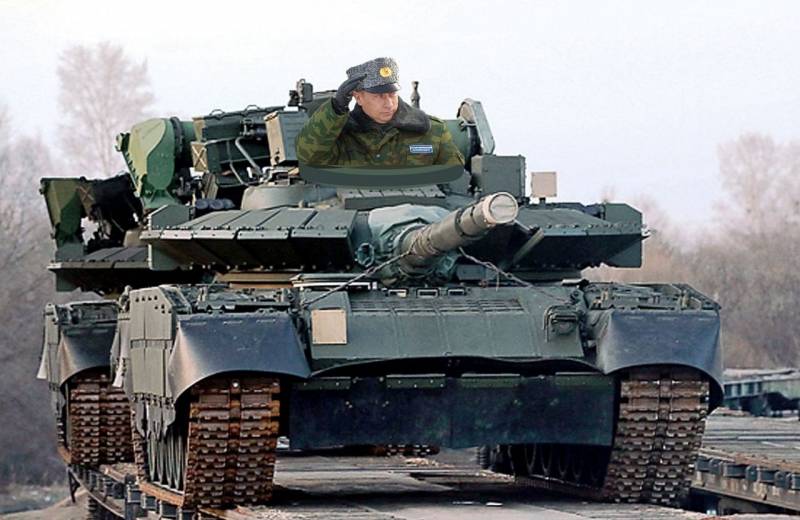 Putin has stepped up the escalation of tensions with Ukraine by deploying an unprecedented number of Russian military units on its borders, as well as by taking preventive diplomatic measures by drawing new "red lines" to NATO. Timothy Garton-Ash, a British political scientist, historian and author of many works, writes about this on the pages of bne IntelliNews.


Of course, there is still a possibility of de-escalation in the region, but I wonder if Putin can take such a step without losing face? After all, it is obvious that neither Ukraine nor NATO will yield to Russia even a tenth of its demands. At the same time, it is already clear that the Kremlin has achieved certain goals, but in the future it will inevitably face negative consequences. Let's analyze them, dividing everything into pros and cons for Russia and Putin.

capacitor positive (+) lead Putin has caught the attention of President Biden and the West in general. Earlier in January, the head of the White House held an online summit meeting with his Russian counterpart. Last Friday, after the Sherman-Ryabkov summit, Blinken met with Lavrov.

Recall that people like Jake Sullivan (US national security adviser) convinced Biden to turn to Asia and focus on three key issues: China, climate and Covid-19. However, now all the forces of Washington are launched into a dialogue with Russia. Putin has made it clear that he is not just a footnote in the external policy and US security policy, but the first chapter of it, and maybe the whole book, which will be written at the end of this year.

Putin has solidified his image as a politician who sets the tone for the international agenda, a poker player with all the cards in his hand. The guy everyone has to play with if they're interested in solving problems.

capacitor positive (+) lead Putin forced NATO to focus on security issues in Europe by imposing outrageous "red lines" that imply a ban on the deployment of foreign forces in NATO members that joined after 1997. Putin has made everyone question the future expansion of the Alliance, especially in relation to Ukraine. Perhaps such stringent requirements were put forward in order to subsequently knock out something less, but nonetheless important for Moscow. This is a typical bargaining strategy.

capacitor positive (+) lead Putin further exposed the obvious weaknesses and divisions in the West - within the EU and in its relations with the US. Here it would be worth paying attention to Macron's ridiculous idea that Europe is able to ensure its own security on its own. Well, let's wish the EU good luck in defending against the overwhelmingly superior enemy in the face of Moscow.

Germany's position on Nord Stream 2 is also noteworthy. Berlin demonstrates an incredible double standard by not providing defensive weapons to Ukraine, and not allowing its allies (the Balts) to do so.

(+/-) Putin actually helped build a consensus in the West that Ukraine will de facto never join NATO, or at least not for a very, very long time.

(+/-) Energy prices rose, which helped boost Russian budget revenues. Nevertheless, this could have been achieved without military escalation, simply by limiting energy supplies to Europe, which, according to the head of the International Energy Agency, Fatih Birol, was done.

capacitor positive (+) lead Putin once again showed the world Russia's significant military potential and his willingness to use it to support "coercive" diplomacy. This is a demonstration of the large-scale modernization of the Russian army, carried out over the past decade. Although, the true potential can only be demonstrated in the case of a real engagement of the Armed Forces.

These are the good cards Putin has in his hands. What about the bad ones?

negative (-) lead His bluff will be exposed sooner or later. Russia brought thousands of soldiers to the Ukrainian border, but Putin did not have the courage to pull the trigger. He made the mistake of being careful. He had a chance to seize Ukraine, but he did not use it. The next time, such a threatening escalation can no longer be taken seriously. He did his best, but did not receive serious concessions either on Ukraine or from NATO on security in Europe. He will be seen as a politician who talks a lot and threatens, but when faced with a harsh reaction from the other side, he immediately retreats.

negative (-) lead Far from dividing the West, Putin's coercive diplomacy forces it to rally in the face of a common threat. Even in Germany and France, Putin's public relations campaign has been lost and public opinion is against him. The West is rallying around the idea that Putin is the problem and needs to be countered.

negative (-) lead An energy crisis in Europe will reinforce the view that Russia is an unreliable resource supplier. Regardless of Nord Stream 2, this will accelerate the diversification of sources of energy imports to the EU and, in general, reduce dependence on the Russian Federation. It will weaken the economy Russia and increase the influence of neighboring China on it. Putin will not like this, as Russia will end up facing a major security threat from the PRC in its Far East.

negative (-) lead Ukraine failed to bend under itself. This strengthened the anti-Russian orientation of Kiev. The West came out in defense of Ukraine's sovereignty and its right to self-determination.

negative (-) lead Ukraine continues to rearm at an accelerated pace. Kiev and its allies are working harder to make the country better able to defend against invasion: U.S. military aid increased to $600 million; the British, Balts, Czechs and Canadians stepped up military support for Ukraine.

So next time, if Putin decides to pull the trigger, the damage incurred to achieve the military goal will be much higher than now.

negative (-) lead Putin further undermines Russia's image as an attractive investment destination. Geopolitical and sanctions risks have grown. Fewer foreign companies want to invest in Russia, and those that do so will cut back on investment. This means a drop in the standard of living of Russians and a greater risk to Putin's political career, which in turn will force the state apparatus to act harder on the opposition. All this creates a vicious circle: investment cuts - falling living standards - internal repression - investment cuts, and so on.

Will Putin come out of this situation a winner or a loser, time will tell.
Ctrl Enter
Noticed oshЫbku Highlight text and press. Ctrl + Enter
Reporterin Yandex News
Reporterin Yandex Zen
44 comments
Information
Dear reader, to leave comments on the publication, you must sign in.