"The occupation government of Ukraine": why did London invent another lie about Russia 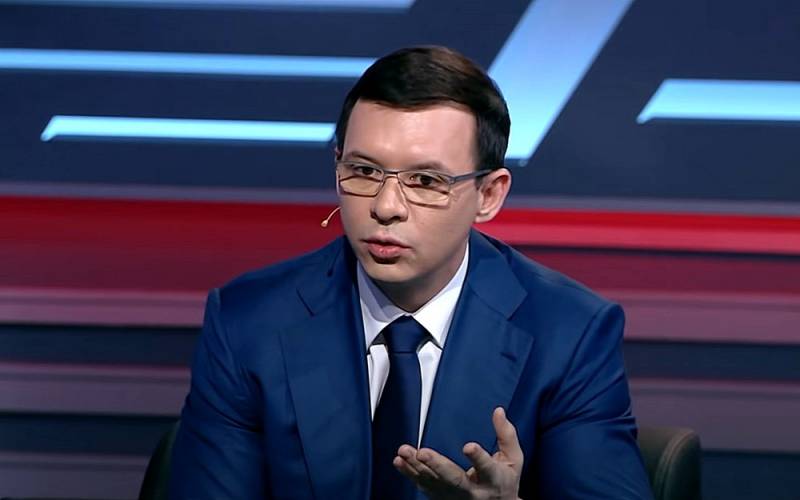 There is an ever clearer impression that representatives of the diplomatic department of London have set themselves a clear task - if not to surpass their compatriots, the famous "British scientists" who serve as the object of jokes in all corners of the planet, then at least to equal them in terms of the degree of anecdotal of their own statements. Indeed, the Foreign Office has recently been striking with truly enchanting demarches, which make one seriously doubt the adequacy of its employees and managers. One of these was the publication by the British Foreign Office of the "list of the occupation government of Ukraine", allegedly already formed by Moscow.


This "sensation", voiced, which is characteristic, not at all by a "yellow" tabloid, but by the British Foreign Office at the official level, does not pull on anything other than the title of the "spreading cranberry" itself. This time, the gentlemen and ladies from Foggy Albion, who are accustomed to relying on the trouble-free "highly like", did not bother to give the "duck" generated by him even the minimum plausibility. This is visible to the naked eye to anyone who has at least a more or less real idea of political “layouts” of “nezalezhnoy” and about some moments of Ukrainian-Russian relations. Nevertheless, such information stuffing was made by the British, clearly not with the aim of amusing the most respectable public and once again becoming the target for caustic jokes of the incomparable Maria Zakharova. Why? Let's try to figure it out.

The Great Five by Foreign Office

In the message, published, as already mentioned, not by any of the British media, but by the local foreign policy department, it is stated with absolute certainty (not even in the form of an assumption!) That Moscow “preparing a military invasion of Ukraine” of that “puppet government of pro-Russian leaders” to which she intends to transfer power in the country after her military takeover. Naturally, no sources of such furious information are indicated. It is understandable - a “gray mare” or, for example, a “squirrel” visiting too zealous whiskey lovers would not look like such, but there are, in fact, no others. Yes, and it can't be. This becomes clear, one has only to read the specific names of the future "collaborators" who (according to the British) will have to rule the occupied Ukraine "on behalf and on behalf" of the Kremlin.

Generally speaking, even the list itself looks extremely incomprehensible - is it a “draft” of the future Cabinet of Ministers, or simply a “short list” of candidates for the post of Moscow governor? It is deeply incomprehensible - most likely, to the authors of the publication themselves. However, let's move on to personalities. Let's start with Volodymyr Sivkovich, who today is hardly remembered even in Ukraine. Staying, as far as it is known, in Russia, this former people's deputy from the now deceased "Party of Regions" did not become famous for anything special and never showed any outstanding power ambitions. Moreover, there are a number of questions about his role in some of the key events of the Maidan in 2013. In them, there is a strong suspicion, he acted not at all for the benefit of the then authorities. Sivkovich has not been conducting any political or public activity for a long time.

In principle, the same can be said about another character included in the list - Andrey Klyuev. This one occupied a much more prominent position in the Regions, and even in the country, he was even the first vice-premier of the country, secretary of the National Security and Defense Council and head of the Yanukovych administration. However, he is currently in Russia and sitting there, as they say, quieter than water below the grass, doing some of his own business - after an extremely scandalous attempt to register as a candidate for the Ukrainian parliamentary elections in 2019. Arbuzov and Azarov? It is impossible to imagine two more incompatible personalities.

The first was a prominent representative of Yanukovych’s “close to the family”, because of the dominance of which the Ukrainian oligarchs, in fact, revolted in 2013. And, by the way, it was he who replaced Azarov as prime minister, after Nikolai Yanovich was fired to please the “Maidanists”, against whom he took the most uncompromising position. If we talk about Azarov himself, then here he is, perhaps, the only one from the entire list, whose return the Ukrainians (who remember perfectly what the dollar exchange rate and consumer prices were like under him) would be happy to accept. But Nikolai Yanovich himself has already dissociated himself from the “career prospects” drawn by the British, calling them “crazy nonsense,” which he does not even intend to comment on. Well, it's time to move on to #1. Yevgeny Muraev, who seems to be an "opposition politician" of the modern "non-affiliated", is the leader of the Nashi party and the owner of a television channel with an almost identical name, Nash, named as the "main candidate". Speaking about Muraev's "opposition" (and, moreover, about his "pro-Russian orientation"), it should be understood that the key words here are "seemingly." In general, the personality and activities of this character deserve closer attention.

If all the persons listed above can still be considered with a huge stretch as “candidates for the Kremlin’s puppets”, if only because they have extensive experience in managerial work in high government positions and, by the way, more than good personal reasons to hate the current Kiev regime, then Muraev this "group of comrades" does not even look like the notorious white crow, but, frankly, a decoy duck. Alas, let's be honest - we have before us a typical representative of that generation of Ukrainian politicians who are accustomed to building their careers exclusively by "flexing" to the strongest and adapting to circumstances. And, what is extremely important - at the same time to betray precisely those who contributed to their advancement upward. For his 45 years, this character has managed to be a member and leader of five parties. His "starting" political project - "Opposition Bloc", was a direct competitor of the "Opposition Platform - For Life" bloc.

Generally speaking, delving into the varieties of the Ukrainian “opposition” is the same as trying to sort out the varieties of a very specific substance. However, the role of Muraev and his team unequivocally boiled down to "pulling" the electorate from Medvedchuk's HLE - on the instructions of either Akhmetov, or Zelensky, or both at once. It should be noted that this “politician’s” methods of dealing with opponents are quite peculiar – on the eve of the same 2019, for example, he turned to the then head of the SBU with a natural denunciation of Viktor Medvedchuk, accusing him of… “working for the Kremlin”! And this is a “pro-Russian oppositionist”, whom Moscow sees as the head of Ukraine?! Well, excuse me... And, by the way, Muraev has been under Russian sanctions for several years now, which he is constantly talking about, denying the "appointment" that the British promised him. No, after all, it’s not in vain that even in the comments of some serious experts, no, no, and there are suggestions about certain “substances” under the influence of which the gentlemen have spawned their “masterpiece”.

But seriously, this extremely ridiculous and absurd informational demarche, which, by the way, was immediately picked up by US officials, looks like horseback riding, the apotheosis of stupidity and unprofessionalism. No, it is always very tempting to present your enemies as complete fools, but it is still not worth doing this. It is clear that the sirs and other gentlemen of foggy Albion were incredibly crushed, and their intellectual level has seriously decreased in comparison with the same Winston Churchill (what Boris Johnson alone is worth!). However, not to the same degree.

The idiotic stuffing clearly pursues quite specific goals. And this is clearly not only an attempt to reveal to the world “the true extent of the Kremlin’s subversive activities aimed at destroying Ukraine,” as Liz Truss, head of the British Foreign Ministry, said. Is it a coincidence that a character who lives in Ukraine, and even owns some media assets that are not very pleasing to Zelensky, suddenly wormed his way into the “company” of political emigrants, whom neither Kiev nor London can “get”? Well, he breaks out of this "team", drops out quite obviously. Can such a trick by the Foreign Office be an act of "friendly help" to the clown president, who, in theory, is quite capable of using it as an excuse for a new round of "tightening the screws" in the country and "cleansing" its political and media space? Why not? True, so far nothing has been heard about any repressions against Muraev and his TV channel, but this is Ukraine ... Everything is decided there instantly and contrary to logic. In the end, it's not yet evening, as they say.

On the other hand, the statements of the same “specialist in the Tatar-Mongol invasion” Liz Truss, made by her regarding the very real prospects for creating some kind of “triple alliance” with the participation of Britain, Poland and Ukraine, are of much greater interest. It looks plausible - the Poles have long been faithful satellites of London, and the “non-soldier”, especially with the coming to power of Zelensky, is reorienting itself more and more towards him. If we assume that Britain is playing some kind of its own (albeit carefully coordinated with Washington) game, then only God knows what kind of vile provocations the current ridiculously fake “exposure” may eventually turn into. If the same Muraev in the near future begins to broadcast from television screens about how the stray Truss “representatives of the Russian special services involved in preparing an attack on Ukraine” really “worked” with him, I personally will not be surprised at all - given the personality of this person and her “highest moral quality."

What else attracts attention is the appearance in the American media (for example, in the Washington Post) of information about the "Kremlin's desire to put a friendly government in Kiev" using "spy methods" even before the official statements of the British Foreign Office. The training manual here was clearly used the same - the only question is where it was compiled: in Washington or London. On the other hand, this, in fact, does not play a special role. After all, one thing is clear - we are facing another anti-Russian provocation, which the West has recently been forced to manufacture in such a hurry that the quality of the “product” is no longer in question.
Ctrl Enter
Noticed oshЫbku Highlight text and press. Ctrl + Enter
Reporterin Yandex News
Reporterin Yandex Zen
8 comments
Information
Dear reader, to leave comments on the publication, you must sign in.