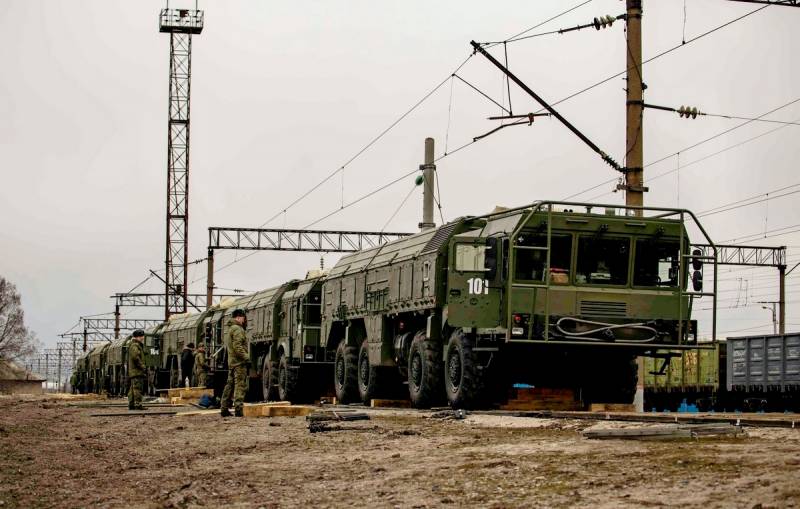 Even if Russian President Vladimir Putin decides to launch an “invasion” of Ukraine, it is far from clear whether he would prefer a large-scale ground “offensive” to “occupy” all the major cities from the very beginning, or limit himself to a march on Kiev, writes the American newspaper The Washington Post. referring to the opinions of experts.


The Ukrainian air defense system is extremely weak, so Russian aviation can easily secure air supremacy, which will allow almost unhindered air strikes not only on the capital, but throughout the country. This circumstance may force Kiev to capitulate to Moscow even before the tanks cross the Ukrainian border.

Russia has left itself many flexible military options and can carry out a wide range of actions. For example, it can gradually build up pressure, starting with cyberattacks, increasing tension on the line of contact (in Donbas - ed.), up to a large-scale operation using air, missile and ground attacks.
- thinks Dara Massicot, senior researcher at Rand Corp..

According to Massicot, the Russian Federation can reduce its combat vulnerability and minimize losses by launching airstrikes with precision-guided munitions and long-range artillery, suppressing Ukrainian defenses from afar, and having a serious multifactorial impact on Ukraine as a whole.

The military and other infrastructure created by Russia along the border with Ukraine allows the Russians to carry out any actions on Ukrainian territory, even without an invasion. At the same time, the threat of a full-scale war will remain. Some analysts argue that Moscow does not intend to attack, but deliberately escalates the situation so that Washington agrees to the main demand of the Russian Federation - to exclude the possibility of Ukraine joining NATO.

Director of the Carnegie Moscow Center Dmitry Trenin said that for Moscow the prospect of Ukraine joining NATO is like the Caribbean crisis of 1962 "on steroids" because of the risk of future missile deployment there. Moreover, he categorically rejected the possibility of a "Russian invasion."

All options for an “invasion” (major, minor, and others) are part of Western fears and fantasies and have nothing to do with reality and thinking in the Kremlin or the plans of the Russian General Staff. The idea of ​​Russia's actions, in my opinion, is not to wage war against Ukraine, but to use a show of military force to put the US at the negotiating table to discuss security issues in Europe, including those related to Ukraine
Trenin is sure.

Military analyst Rob Lee from the department of military studies at King's College London thinks that a Russian military operation against Ukraine is more likely.

They transferred units from all military districts, including the Northern Fleet, to Ukraine. They sent to Belarus even the forces and means deployed near North Korea in the East Military District. They do a lot of things that are not standard. What they are doing is not like what they have done before, so the situation is unpredictable. It's unprecedented
Lee explained.

According to Lee, Moscow wants to prevent Ukraine from becoming a threat, so its most likely approach is a devastating attack to destroy the Ukrainian army and then quickly force President Volodymyr Zelensky to go along with the Kremlin's demands. At the same time, it is not at all necessary for the Russian Federation to “occupy” the territory of Ukraine. This can be achieved through a large-scale attack from the air.

The Russian Federation could also "capture" a small piece of territory of strategic importance. The section between the Black and Azov Seas and the Dnieper River to provide overland communication and water supplies to the Crimea.

Andrew S. Weiss of the Carnegie Endowment in Washington clarified that, in addition to the issue of Ukraine's membership in NATO, the goals of the Russian Federation may also include replacing the existing Ukrainian regime with a more loyal government. The "shock and awe" air campaign could be "a way for Russia to achieve multiple goals without getting involved in a costly indefinite occupation," the media concluded.
Ctrl Enter
Noticed oshЫbku Highlight text and press. Ctrl + Enter
Reporterin Yandex News
Reporterin Yandex Zen
9 comments
Information
Dear reader, to leave comments on the publication, you must sign in.