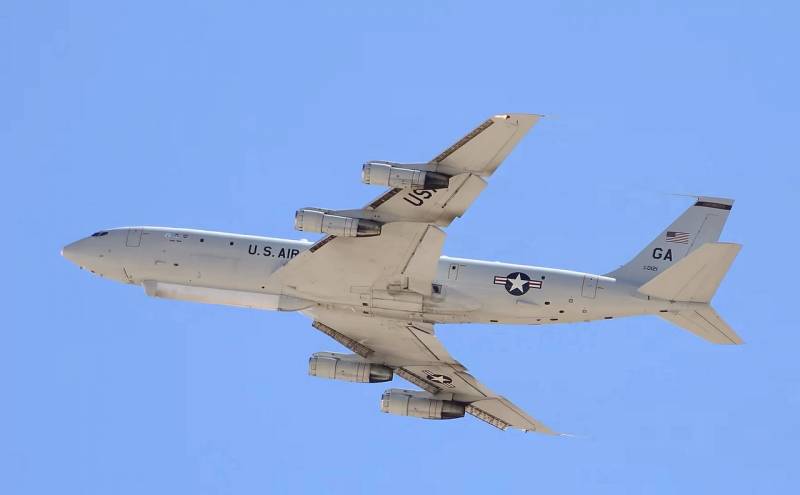 On January 18, the western borders of Russia were immediately monitored by ten reconnaissance aircraft of NATO countries and "neutral" allies of this "peace-loving" bloc. During the day they scrupulously studied the Russian border. Thus, a kind of record was set and, at the same time, the real attitude of the "partners" from the West towards Moscow was demonstrated. 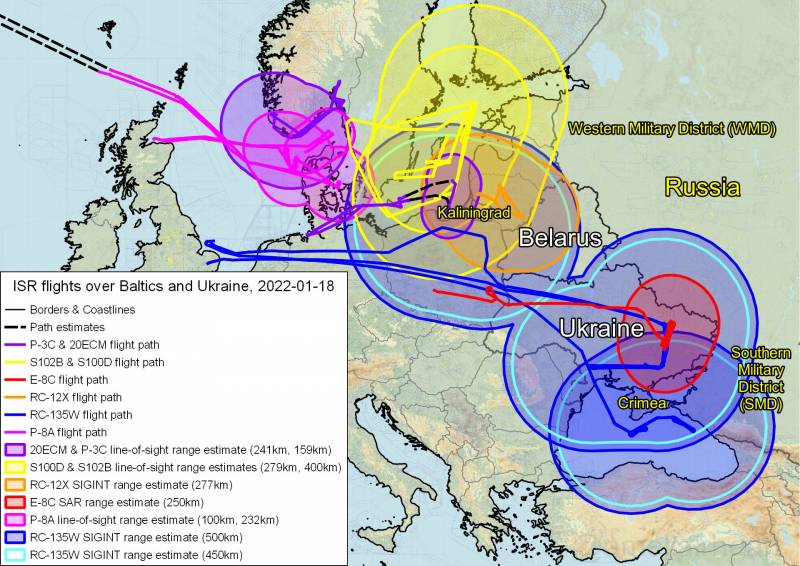 Later, in collaboration with Orion_int (@Orion_int), a list of reconnaissance flights by NATO countries and Sweden from December 30, 2021 to January 18, 2022 was presented. The images clearly show the activities of Western reconnaissance aircraft around the Kaliningrad region, the Crimean peninsula, over Ukraine and the waters of the Baltic and Black Seas. 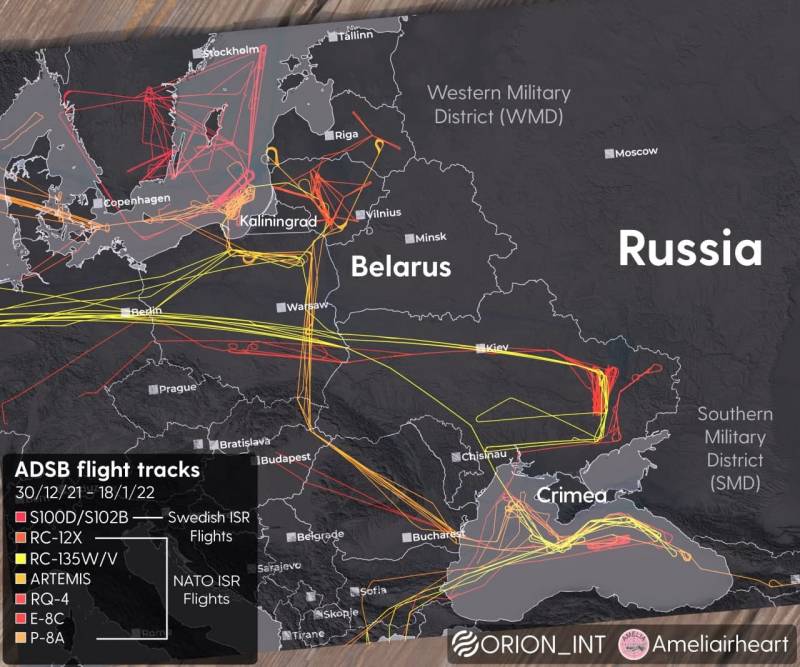 The activity with which the United States and its allies are spying on Russia is simply impressive. At the same time, in response to any questions from Moscow, it is unsubstantiatedly accused of “aggressiveness”.
Ctrl Enter
Noticed oshЫbku Highlight text and press. Ctrl + Enter
Reporterin Yandex News
Reporterin Yandex Zen
Information
Dear reader, to leave comments on the publication, you must sign in.