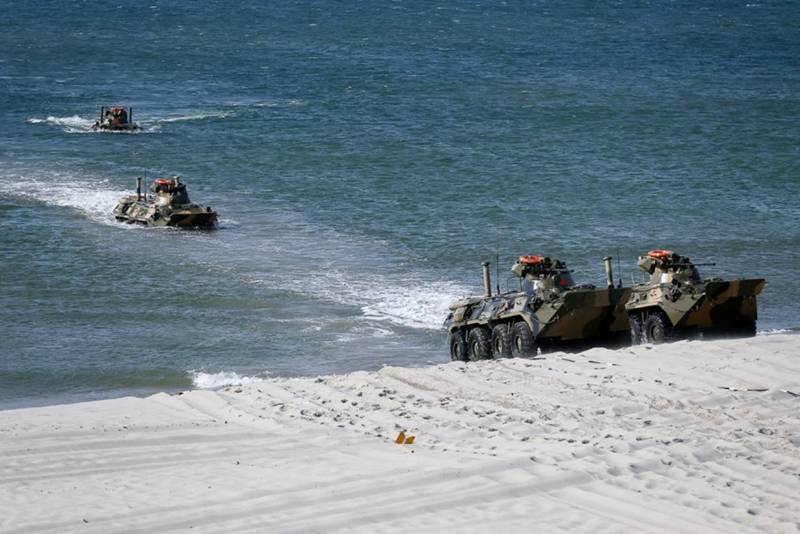 It is still unclear whether Russia is seriously considering the possibility of "invading" Ukraine, but if the Russian Federation does "attack", what will it look like? The Dutch newspaper NRC Handelsblad became interested in this issue, studying the opinions of analysts and media from the United States and Europe, who continue to guess for a year over the development of events.


The publication notes that the past week, during which a series of negotiations between the Russian Federation, the United States and NATO took place in a continuous series, did not bring the expected results. At the same time, unsuccessful communication did not reduce tension, but increased it.

What does Putin want? Has he achieved his goal now that he has angered the West and restored the Cold War? Or is the deployment of a hundred thousand Russian soldiers on the border with Ukraine a prelude to a real war?
- says the publication.

Moscow wants to receive written guarantees of its security, in particular, that Ukraine and Georgia will not join NATO. But in the West, Russia's demands are considered unacceptable, and this may become a pretext for military intervention. For example, Russian Foreign Minister Sergei Lavrov openly stated that Moscow "has run out of patience." At the same time, the Kremlin calls the Alliance an aggressor, and the Russian Defense Ministry threatens to use tough military-technical measures, i.e. large-scale deployment of troops.

Complete occupation of Ukraine - more than 600 thousand square meters. km and 43 million inhabitants is unlikely. It's pointless and the costs are too high. Too many soldiers will be required, the resistance of the hostile population will be fierce. Coffins with fallen soldiers will negatively affect the public opinion of Russians
- writes the media.

An alternative to a complete “occupation” is a lightning-fast “annexation” of a part of Ukraine, as Russia previously did with two regions (Crimea and Donbass). The advantage of this combination is that limited Russian influence may not break Western patience and Moscow can get away with it.

Dick Zandi, a senior researcher at the Clingendael Institute, believes that Russia will limit itself to a complete “seizure” of the Donetsk and Lugansk regions, which are populated mainly by Russian-speaking residents, and will not move further, i.e. Moscow will not create a “land corridor” to Crimea.

In turn, a researcher from London, Henry Boyd, is sure that the Russian Federation will go for the creation of the aforementioned “land corridor” in order to guarantee the Crimean peninsula with drinking water from the Dnieper River. According to Boyd, Russia will achieve a quick victory thanks to the power of its VKS, artillery and of technologies EW / REP.

The third option for a limited invasion could be the capture of the Black Sea coast of Ukraine, including the city of Odessa. Russia dominates the Black and Azov Seas and the proximity of the pro-Russian region of Moldova - Transnistria, will contribute to the success of the operation.

At the same time, the “occupation” of Kiev is unlikely. But, if the Russians want to do this, they will “attack” from the north, with or without the help of the friendly Belarusian “regime”. Along the Ukrainian-Russian border, Russia has concentrated a huge grouping of troops and this will be enough.

According to leading military expert Rob Lee of King's College London, Russia will crush Ukraine "in minutes." Other analysts agree with him. The Russian Armed Forces will unleash their entire arsenal on the Ukrainian military and organized resistance will quickly end, moving into a partisan phase.
Ctrl Enter
Noticed oshЫbku Highlight text and press. Ctrl + Enter
Reporterin Yandex News
Reporterin Yandex Zen
7 comments
Information
Dear reader, to leave comments on the publication, you must sign in.