The promising port of Indiga: why does Russia need a new “window to the Arctic” 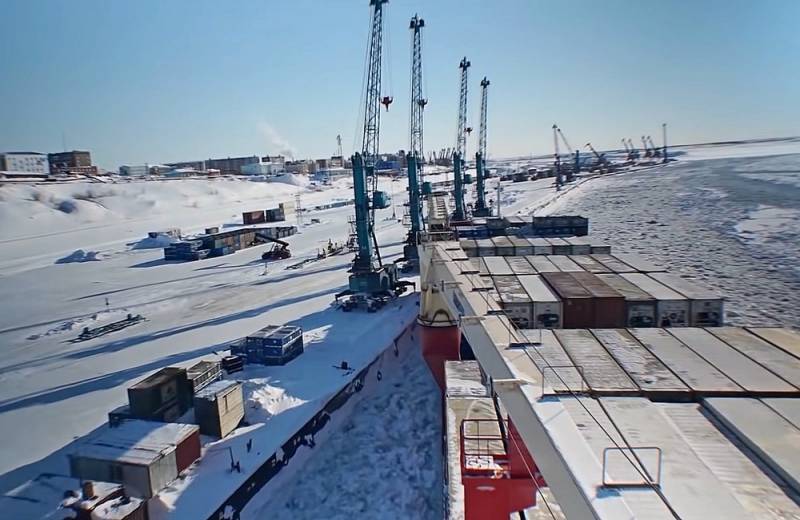 Another infrastructure megaproject is being started in the north of our country. President Vladimir Putin instructed the government of the Russian Federation to prepare proposals for the construction of a new deep-water port and a railway at the mouth of the Indiga River, which will connect the Barents Sea with the Urals. What will this new “window to the Arctic” give Russia?


The last decades have been marked by increased attention of the Russian authorities to the development of infrastructure projects in our Far North. Several are fighting for budget funding at the same time.

In the area of ​​the village of Indiga, located on the banks of the river of the same name, which flows into the Barents Sea, construction of a new seaport may begin in 2024, which directly follows from President Putin's order to the Cabinet of Ministers:

Submit proposals for the creation of a railway route to the exit to the Barents Sea in the area of ​​the bay of the Indiga River.
Indiga is located in a very good location right on the Northern Sea Route. The mouth of the Indiga River practically does not freeze, and no additional serious dredging is required for the construction. The free movement of ships even without escort of icebreakers in the eastern direction is possible 4-5 months a year, in the western direction - all 7-8 months. Accordingly, the future port must be connected to the existing railway infrastructure of the country. The capacity of the port can reach 80 million tons per year. The cost of building the port is estimated at 100 billion rubles, and the entire project, together with the railway, at 300 billion.

It is assumed that with its appearance, the length of the transport arm for the export of bulk cargo, in particular coal, will be sharply reduced. However, the wealth of these promising trade gates will not grow by coal alone. In the ice-free port of Indiga, an oil loading terminal can be built, which can be used by ships with a deadweight of 150 to 300 tons. The railway from Surgut to Indiga will pass through oil-rich territories. Oil companies will be able to use it to deliver drilling equipment and construction equipment, as well as for the export of produced hydrocarbons, reducing transportation costs by leveling the seasonality factor. Traditionally, polar fields are developed with a lot of logistical difficulties, since everything you need has to be delivered by trucks through winter roads. The railroad will dramatically simplify the task and reduce transport costs.

In addition, a huge advantage of this project is that the industrial enterprises of the Urals, Siberia and even the Far East will receive new trade gates, eliminating the need to transit their products through the same Baltic. Barents Sea is an abbreviation of the words Barents Sea - Komi and Ural. Through the Barents Sea and the Northern Sea Route, Russian goods will be exported directly to Europe or Southeast Asia. The logistics shoulder to Indiga will be reduced by 350-400 kilometers compared to delivery to the port of Arkhangelsk.

As we have already noted, another project, Belkomur (White Sea - Komi - Urals), also called the Polar Trans-Siberian, competes for the same cargo flows within Russia itself. It is assumed that its implementation will allow Arkhangelsk to regain the status of the main northern trade gates, lost after the emergence and development of Murmansk.

There are plans to connect the port of Arkhangelsk with the resource-rich regions of Western Siberia, as well as to extend the railway further towards Central Asia, Mongolia and China. The construction and launch of a new railway route will lead to a reduction in the logistics shoulder and a reduction in the cost of transportation by 20-40%, depending on the region. Oil, coal, gas, bauxites, manganese and chromite ores, timber will be exported.

At the same time, the effect of increasing the competitiveness of the domestic industry is expected, since, for example, the Ural enterprises will have access to cheaper raw materials and energy resources. In figures, it looks like this: coal from Vorkuta will cost them 2,5 times cheaper than from Kuzbass. Delivery of bauxite from Syktyvkar costs $3 per 1 ton, and from Tunisia or Greece - $65-75 per ton. Noticeable difference.

In addition, the implementation of Belkomur will increase the transport connectivity of our vast country, making the Far North more accessible in terms of transport. Kazakhstan and China showed great interest in this project, as it can give them a direct access through Russia to the Arctic and the Northern Sea Route.

Barents and Belkomur are competing infrastructure projects, but both can be implemented, increasing the attractiveness and importance of the Russian Federation as a powerful logistics power.
Ctrl Enter
Noticed oshЫbku Highlight text and press. Ctrl + Enter
Reporterin Yandex News
Reporterin Yandex Zen
8 comments
Information
Dear reader, to leave comments on the publication, you must sign in.