Russia should use its main argument against American aggression 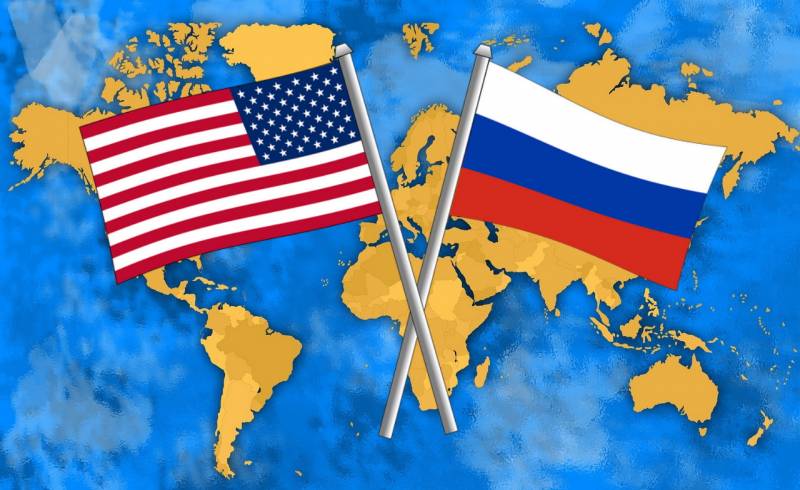 Negotiations between Russia and the United States on security guarantees once again ended with a traditional outcome for Western diplomacy: they agreed to negotiate further.


Looking back at the thirty-year history of relations between post-Soviet Russia and the West, two questions involuntarily arise. 1) How predetermined is the current trajectory of these relations? Were alternative scenarios of sustainable cooperation possible? 2) To what extent does Russia need friendship with the West? What adds to our culture, identity, economic и political life's strategic desire to get into the community of countries of Euro-Atlantic orientation?

Everyone, even the representative of our country in negotiations with the United States and NATO, understands the conditionality of the “legally significant security guarantees” that we requested. Diplomats are well aware that many major wars started with violations of non-aggression pacts, it is known that between Russia and NATO there is a "Founding Act" of 1997, which has already been violated many times by America. However, we are still trying to come to an agreement, we are trying to look, primarily for the Western community, not as outcasts, but as civilized partners. It's like we don't want to follow their lead, but we want the West to see Russia as an equal civilizational subject.

Some Westerners continue to look for reasons for Russia’s departure from the pro-Western course in the late 1990s, fantasize about how Russia could fruitfully participate in NATO political institutions, like France of the period 1966-2009, would have a disciplined desire to join the EU, like Turkey of the period 1999-2016 years, and in the end would be accepted into the "friendly family" of the countries of the collective West. They imagine Russia as a diligent student of Uncle Sam - Poland, albeit demonstrating its own peculiarity every time in words. Warsaw can, why doesn't Moscow want to? From their point of view, the current trajectory of relations between Russia and the West is due to subjective factors: both sides, they say, showed insufficient wisdom, perseverance, patience, and willingness to compromise. But in the end, of course, Russia is to blame, and more specifically, Putin.

With liberal oppositionists and liberal intellectuals drooling over Western countries, everything has long been clear, but Euro-Atlantic centricity struck not only their consciousness. In general, our people have been taught to look up to the West all the time.

Publicists and analysts often refer to the “Ukrainian problem” as the main obstacle to reconciliation between Russia and the West. They are confident that if somehow it was possible to restore relations at the level before 2014, then the rest of the differences would be settled. Here again, particularity is presented as the decisive factor, the effect as the cause.

To understand the essence of the conflict between the West and Russia, it is necessary to understand what the very collective West is that diplomats, politicians and journalists are talking about.

Strictly speaking, there is no "collective West" in nature. There is the United States, which, due to historical circumstances, has become an empire claiming world domination. There is Britain, whose ruling layer is closely intertwined with the American one, apparently ready to continue playing the role of “little brother” in their Anglo-Saxon duet. There is a pan-European union, in which France and Germany play a leading role, claiming to be America's partner, with whom he wants to share world domination. And the rest of the countries of the “collective West” are controlled territories without real sovereignty.

The subjects of the “collective West” are identical in two aspects: firstly, they are forced to act in the wake of US foreign policy, recognize America’s patronage, and secondly, they are interested in suppressing competition with a united front from other countries, primarily China and Russia.

The dominance of the United States and the rallying of countries around the United States into the "collective West" occurred during the Cold War with the USSR in fear of the spread of communism. Inflating the role and place of America in the West is partly to blame for Khrushchev-Brezhnev diplomacy, which, instead of the previously used tactics of playing on the contradictions between opponents, chose front-line confrontation head-on - the "camp of capitalism" against the "camp of socialism". Under such conditions, everyone else was forced to recognize two leaders - two superpowers.

Thirty years after the end of the Cold War and the collapse of the Union, the unity and cohesion of the “collective West” has noticeably decreased, the contradictions between the big countries have increased, and the United States has become worn out, having chosen the obviously erroneous economic strategy of the “information economy”. To maintain its leadership, America is now fanning a new cold war against China, an element of which is aggressive pressure on Russia.

In other words, we have the typical imperial behavior of trying to maintain US world domination.

All this configuration of relations between countries plays such an important role because of the presence of a world market. All these rather ugly political forms reflect the needs of various economies in the exchange of capital, technology, goods and even labor, which are extremely unevenly distributed among countries. During the Cold War of the XNUMXth century, the military aspect was decisive in the struggle between the two sides, but now sanctions have come to the fore. The US is in dire need of markets, raw materials, skilled labor (what we call brain drain) and cheap labor (migrants). Russia needs capital, markets for raw materials, technologies and goods. And the issues of security and military confrontation serve the clash of these interests.

Roughly speaking, we offer to live together and trade freely, but such conditions do not suit America. She, like a true imperialist, longs for the inclusion of the whole world in the orbit of her economic interests. So that there was chaos and devastation everywhere, qualified engineers fled to the United States, increasing their technological potential, raw materials cost a penny, and investments in other economies brought fabulous returns.

Hence it is clear that the vector of relations between Russia and the West was predetermined by our desire for economic development. If Russia wants to build a strong economy, then it is considered by the West as a competitor, then a conflict with the United States is inevitable.

The search for ways to join the ranks of countries with a Euro-Atlantic orientation is associated with the transformation of our country into a resource base for the United States and Europe. This will lead to the collapse of Russia into several conditional Ukraine with a total reduction in the population.

As for the cultural aspect, we have already abandoned the Soviet culture we created in favor of Western standards of life and thinking. We have already built a state according to Western democratic models, adopted many educational, medical standards and norms of cultural life. Now our society has begun to think about the consequences of this choice. Problems have come to light that are incompatible neither with our national character nor with the historical logic of Russia's development. It is becoming obvious to more and more people that Western culture is rotting and we have dragged this rot into our home through the hands of negligent politicians and intellectuals.

Negotiating with the United States on security issues is a lost cause. This is not in the interests of the American oligarchy. The US understands and respects only brute force. In principle, about the same position was voiced on January 14 by Lavrov at a press conference. Therefore, the main thing is to prevent the Cold War from developing into a third world war through the efforts of all reasonable countries and politicians.

Recently, the United States announced anti-Russian measures in the event of a war with Ukraine. This is another package of sanctions, including disconnection from SWIFT. That is, America has no counterarguments, except for economic isolation, this is our weak point.

Therefore, the main and most weighty argument against American aggression, in my opinion, is the reduction of the country's dependence on the US-controlled world market. A self-sustaining economy in the conditions, of course, of the presence of a nuclear shield will create fertile ground for the growth of sovereignty and the inviolability of our borders.
Ctrl Enter
Noticed oshЫbku Highlight text and press. Ctrl + Enter
Reporterin Yandex News
Reporterin Yandex Zen
12 comments
Information
Dear reader, to leave comments on the publication, you must sign in.