Lavrov: Russia's patience has come to an end due to the actions of the West 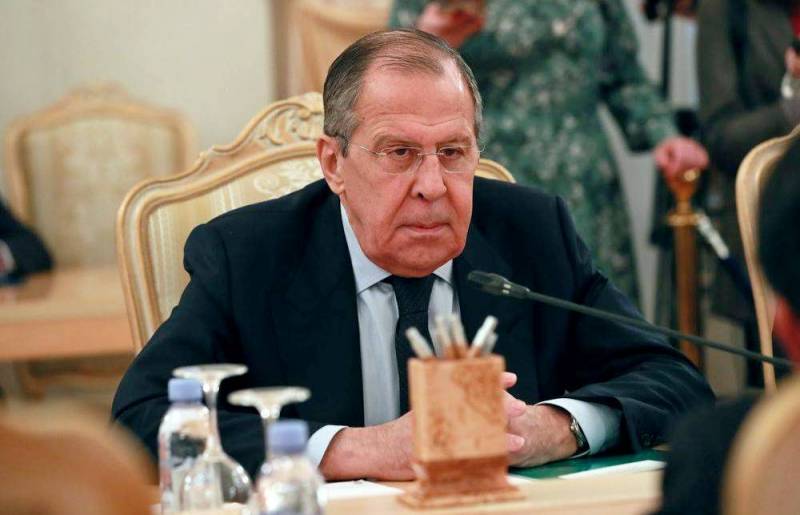 During negotiations between Russia and NATO, the Western bloc did not take seriously Moscow's concerns about its own security and refused to guarantee the non-expansion of its military structures in the territory of the former Soviet republics.


In this regard, the head of the Russian foreign policy department, Sergei Lavrov, emphasized the determination of the Russian Federation to defend the interests of its security.

Our patience has run out. We are very patient, you know, it takes a long time to harness. We harnessed for a very long time, now it's time for us to go
- said the minister during a press conference.

At the same time, Lavrov announced a symmetrical reaction from Moscow to NATO's actions. The Kremlin sees an increase in the activity of NATO structures near the Russian borders. Alliance servicemen are being transferred to the territory of Poland and the Baltic states, there is an accumulation of military equipment... Russia must realize for what purpose the Western bloc is going to aggravate the situation.


In turn, Russia has the right to take adequate actions to protect its own borders. So, when deploying combat units in the western regions of the Russian Federation, it takes into account the threats from NATO and acts in accordance with their level.

Earlier, the press secretary of the Russian president Dmitry Peskov drew attention to the fact that the deployment and redeployment of army units on Russian territory is the exclusive prerogative of Moscow, and the Kremlin is not obliged to consult with anyone on this matter.
Ctrl Enter
Noticed oshЫbku Highlight text and press. Ctrl + Enter
We are
Ukrainian intelligence: "Boilers" for the Armed Forces of Ukraine will be inevitable
NI: Even nuclear weapons cannot prevent Russia from conquering the Baltics
Reporterin Yandex News
Read Reporterin Google News
17 comments
Information
Dear reader, to leave comments on the publication, you must sign in.