What will Russia's joining the NATO bloc lead to? 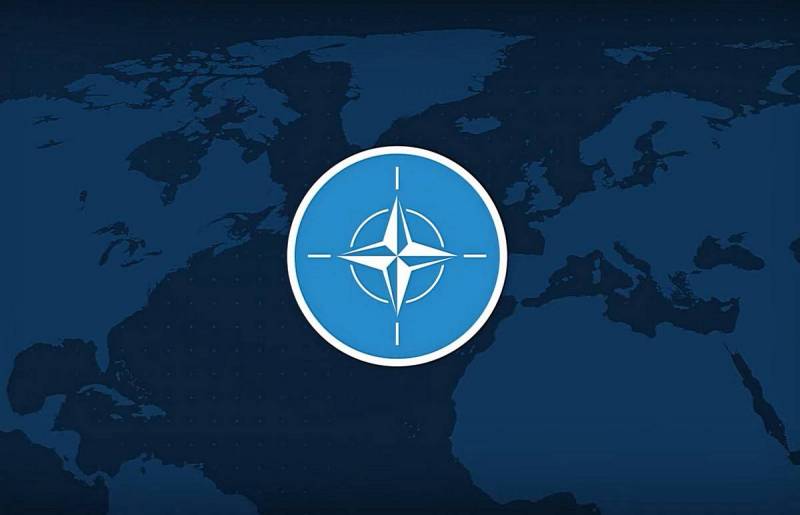 Negotiations on guarantees not to expand the anti-Russian military NATO bloc to the East have actually failed. The North Atlantic Alliance has made it clear that its doors are open to new members, including Ukraine and Georgia. “Putin's ultimatum”, alas, did not work, and some measures of a military-technical nature will have to be taken. But what if Moscow makes a knight's move and joins NATO itself?


The idea of ​​the possibility of Russia, and earlier the USSR, joining the North Atlantic Alliance has a long history. She always slowed down from the "other side", but perhaps something has already changed?

We want the USA not

Almost immediately after the end of the Second World War, another one began between the victor countries, already "Cold". For its part, the West erected the "Iron Curtain", and the North Atlantic Alliance acquired a clearly expressed anti-Soviet orientation. Shortly before the admission of Germany to NATO in 1954, the Kremlin raised the question of joining the alliance of the USSR itself, provided that its members assumed a commitment not to interfere in each other's internal affairs, which would neutralize the very radical essence of the military bloc from within. The United States, Great Britain and France considered such a proposal from Moscow "unworthy of discussion", and a year later Germany joined NATO.

For the second time, the USSR considered the possibility of joining the North Atlantic Alliance in 1983 with the aim of global detente. But by a strange coincidence, it was then that the tragic incident with the South Korean Boeing occurred, when, apparently, some foreign special services deliberately set the liner under the Soviet air defense. The USSR was immediately proclaimed an "evil empire", and the Able Archer headquarters exercises were held in Europe to simulate a nuclear strike against the Soviet Union. The degree of pre-war tension has only grown.

For the third time, they thought about joining the North Atlantic Alliance in 1991 under President Yeltsin after the collapse of the USSR. But instead, in 1994, the bloc launched the Partnership for Peace program without Russia's participation, and then the First Chechen War began, and relations with the West deteriorated sharply. NATO's aggression against Yugoslavia became another test for them.

The last time at the highest level, the newly-baked President Putin spoke favorably about the possibility of joining the North Atlantic Alliance in 2000:

Why not? I do not exclude such a possibility - in the event that Russia's interests are taken into account, if it becomes a full partner.
It became a sensation, but again it did not go beyond words. No one was going to speak on an equal footing with Moscow; instead, Brussels was pushing its borders further and further to the East, to ours. What could have changed?

We don't want it anymore, but does the USA want it?

Answering the question about the possibility of the Russian Federation joining NATO on an equal footing, the head of the Russian Foreign Ministry in an interview with the "mouthpiece of the Kremlin" Vladimir Solovyov spoke briefly and decisively:

Of course not. I do not see such a situation.
Now let's look at the reaction of the "mouthpiece of the West", our so-called "liberal intelligentsia". The so-called Congress of the Russian intelligentsia on the Echo of Moscow website published an appeal for several days calling for Russia to be included in the NATO bloc:

We are on the verge of a big war - we have been waging small wars in recent years. We opposed ourselves to the whole world, having gathered around us only a few archaic dictatorships that are in vassalage from us. In the future, the transformation of our country into a province of China ...
We want our country today and in the future to be worthy of its great culture, its best achievements and victories. Our common victory over world evil in World War II. We want Russia to be not an enemy of European civilization, but its integral part ...
Among the self-proclaimed "intellectuals" were Leonid Gozman, Andrei Piontkovsky, Valery Borshov, foreign agent Lev Ponomarev, and Anatoly Chubais's father-in-law, director Andrei Smirnov. For whose interests this liberal get-together is actually drowning, it has long been clear. It is quite indicative that the word “China” sounded in their “appeal”.

Oddly enough, Russia as part of the North Atlantic Alliance is really beneficial to the United States today, but only as an additional counterbalance to the PRC. To contain the Middle Kingdom in the Asia-Pacific region, the United States, Great Britain and Australia created the AUKUS block. However, from the north, China has a reliable "support" and rear in the form of Russia with its natural resources, oil and gas, land transit capabilities and the Northern Sea Route, as well as many other "goodies". But what if Russia becomes an ally of the United States in the NATO bloc, as the domestic "intellectuals" wish?

If the generous flow of raw materials at a reasonable price suddenly stops, the transit of Chinese goods towards Europe will stop, and instead of friendship with Beijing, Moscow will begin to build defensive or even offensive lines on the border with China, China will be almost completely isolated. Compressed from all sides by NATO and AUKUS, he will eventually be forced to capitulate and agree to all conditions of Washington, and then it will be Russia’s turn to pay for the wrong choice of friends and partners. If the PRC does not surrender without a fight, then the Russian soldiers will be given the "honorable right" to fight the PLA instead of the Americans.

Approximately such prospects shine for Russia if it joins the North Atlantic Alliance today. Needless to say that such scenarios should be avoided in every possible way? You have to listen to what Russian liberals say and just do the opposite. Then everything will be fine.
Ctrl Enter
Noticed oshЫbku Highlight text and press. Ctrl + Enter
Reporterin Yandex News
Reporterin Yandex Zen
12 comments
Information
Dear reader, to leave comments on the publication, you must sign in.