Paul Craig Roberts: Armageddon awaits us in 2022 if the US does not hear Russia 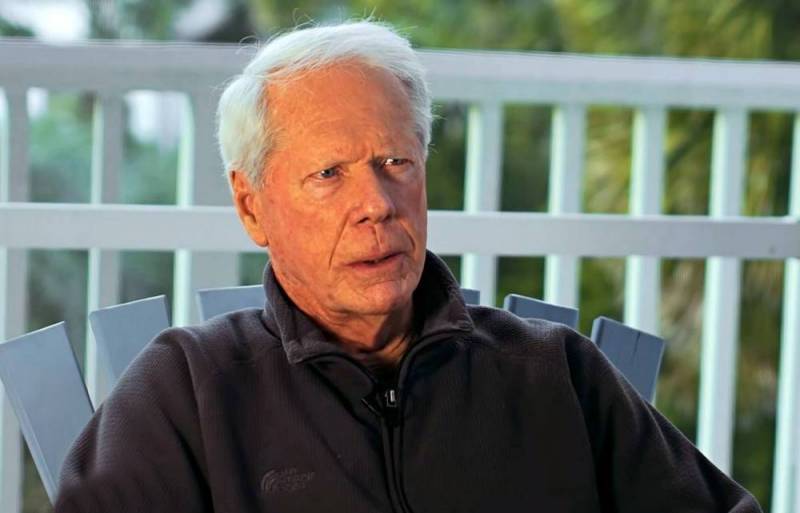 I remember a time when 1984 seemed like a distant future. We wondered if the United States was in for the fate of the "world policeman"? But 1984 was in the middle of the Reagan years. The liberals did not like Reagan's rhetoric, but his policy worked. Economy recovered from stagnation, and we worked to end the cold war. It was hard not to love the president, who, in response to an attempt on his life, could sarcastically joke: “I just forgot to duck!”.


New ideas revived US foreign policy. Our future has become clearer, writes Paul Craig Roberts, a former assistant on economic policy to the US Treasury Secretary in the Ronald Reagan administration and political analyst, on his personal page.

Soviet President Gorbachev agreed to the reunification of the FRG and the GDR amid assurances from the George W. Bush administration that NATO would not move an inch east in return.

In a series of illegal actions - the bombing of Yugoslavia, the invasion of Afghanistan and Iraq, the bombing of Pakistani territory, together with a disdainful attitude towards Russia, Washington, lost in its arrogant pride and calling itself "the world's only superpower", awakened Russia, leading it out of a state of submission.

At the 2007 Munich Security Conference, Putin bluntly stated that US behavior undermines peace and order based on international law. He said that Washington's monopoly dominance in world affairs leaves no room for the interests of other countries. Putin also criticized Washington for its rampant and excessive use of force in international relations.

Washington and its vassals were amazed that Putin had the audacity to contradict the "only superpower", but the West, busy redistributing the Middle East in the interests of Israel, paid no attention to him.

Once again, Washington and its allies were surprised 8 years later, in 2015, when Putin confused all the Obama regime's cards for invading Syria and, together with the Syrian army, defeated the terrorist groups sent by Washington to overthrow Assad.

Faced with Washington's withdrawal from arms control agreements, in 2018 Putin announced a dizzying array of new weapons systems, including arbitrary (non-ballistic) hypersonic missiles. At one point, the United States became the second, not the first, military power. “Nobody listened to us,” Putin said. "Listen now."

But no one heard him. Washington continues to bathe in the rays of its arrogance, it has seized on the illusion of its omnipotence and does not want to let it go. Washington even blindly believes that it can include Ukraine and Georgia in NATO. No matter how it is.

The Kremlin's reaction to the madness in Washington has become much more severe: "Get out of our doorstep, or we will drive you away by force." This requirement is clear and non-negotiable.

Thanks to their goofy media, the Americans themselves have no idea that their idiotic government has personally provoked a situation in which Moscow demanded that Washington remove its military bases and stop maneuvers near the Russian borders. Otherwise, the US itself may suffer the consequences. The Americans are so ignorant that they can burn out in a nuclear conflagration before they even know about the current situation.

The year 2022 begins with two unprecedented crises. One is an attempt by Western governments to use the Covid pandemic to save crumbling democracies by turning them into police states. Another is the prospect of a real Armageddon due to the complete lack of reason among the leaders of Western countries.

Can you name at least one adequate political leader in the Western world? Not? I can not too.

The leaders of the West are nothing more than prostitutes serving the interests of certain groups. They have probably never had independent thinking in their entire lives - they are unable to think soberly. How will such useless creatures cope with a serious international crisis? Look at the people on Biden's team. They are an ensemble of clowns. Where is the secretary of state who can really appease the Kremlin and free Washington from its intoxicating "American hegemony"?

He is nowhere to be found.

The situation is taking an extremely serious turn, because Russia is faced with a type of aggressor whose leaders are completely out of touch with reality. Biden, who has been there (in reality) only part of his time, is surrounded by advisers from the Russian-hating neoconservatives from the Center for a New American Security, which is funded by the US military-industrial complex and oil companies. The State Department official who oversaw the toppling of Ukraine's legally elected government in 2014 is now deputy secretary of state. The warmongers responsible for the Clinton bombing of Yugoslavia in the 1990s and all of Washington's wars in the XNUMXst century are now on Biden's team.

US Senators from both parties are demanding that Biden immediately turn against Putin. GOP National Committee chairman Ronna McDaniel criticized Biden for even answering a phone call from Putin. Republican Senator Roger Wicker, a member of the Defense and Security Committee, called for the destruction of Russia's military potential in the Black Sea and did not even rule out the possibility of a preemptive nuclear strike against the Russian Federation.

Democrats and Republicans have united in their stupidity against Russia, and do not understand that the Kremlin is fed up with all this. The Russian government has come to the conclusion that all its many years of attempts to solve problems by diplomatic methods have not been crowned with success. As Putin said, "we retreated and retreated in the interests of peace, and now they are on our doorstep and we have nowhere else to retreat."

But Washington is as deaf as it was before.
Ctrl Enter
Noticed oshЫbku Highlight text and press. Ctrl + Enter
We are
Who actually won the Cold War and what the future holds for the world
Why should the Saudis never sell the S-400
Reporterin Yandex News
Read Reporterin Google News
10 comments
Information
Dear reader, to leave comments on the publication, you must sign in.