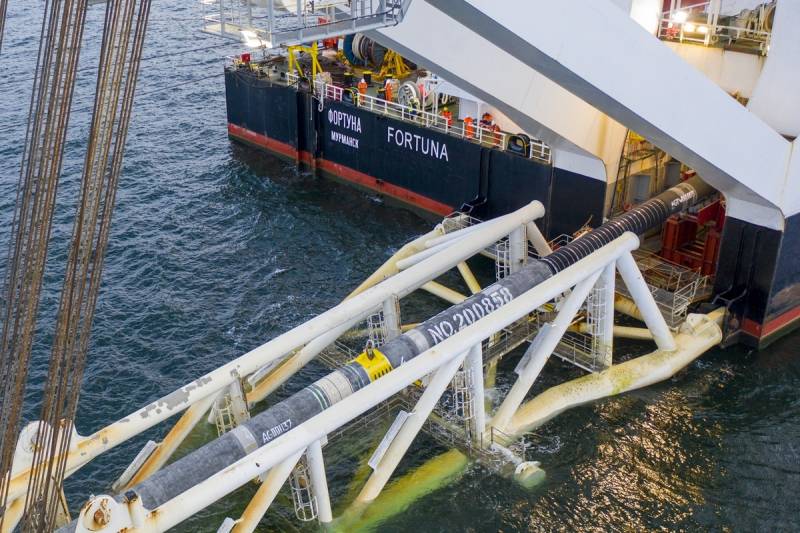 On Wednesday, December 29, Alexey Miller, Chairman of the Gazprom Management Committee, reported to Vladimir Putin on the injection of gas into the second string of Nord Stream 2. Thus, the new Russian pipeline is technically ready for operation. However, the European authorities have not yet received permission to start a full-fledged launch.


According to energy security expert Igor Yushkov, in order to start the operation of the SP-2, the Europeans must violate their own laws. The issue of managing the pipeline is currently being resolved - Gazprom's subsidiary Nord Stream 2 AG is being certified as an operator. In addition, this company must register in Germany (now Nord Stream 2 AG has Swiss jurisdiction). Before the end of these procedures, the gas route cannot start working.

Nevertheless, Yushkov admits the possibility of an early launch of Nord Stream 2.

For the pipeline to work ahead of schedule, something must happen for the Europeans to break their own laws. There is one scenario - a lack of gas and frost
- said the expert in an interview with the newspaper LOOK.

So, in Europe, the operation of the SP-2 can be allowed until official permission is received, if the problem of supplying the population with electricity and heat rises in full growth on the continent. In this case, the authorities can go for some "early tests" before the start of industrial operation of the pipeline.
Reporterin Yandex News
Reporterin Yandex Zen
4 comments
Information
Dear reader, to leave comments on the publication, you must sign in.