"Skif" or "Poseidon": which is more effective for nuclear deterrence of the United States 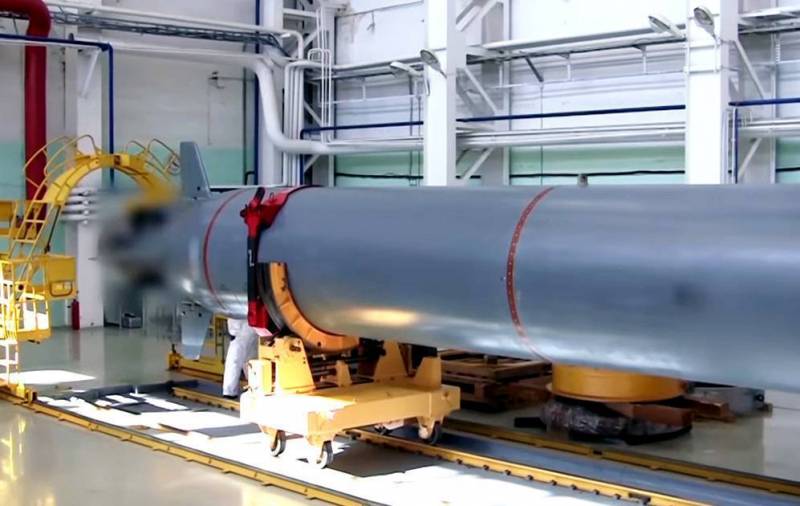 The aggregate offensive power of the United States and the NATO bloc as a whole forces the Russian Defense Ministry to seek the most effective means of deterrence that would avoid direct participation in a new costly arms race. These include promising hypersonic missiles, against which, as they say, no existing missile defense system will work, as well as Poseidon (Status-6) underwater drones designed to destroy the enemy's coast with a "nuclear tsunami" and inflict an unacceptable damage.


In this publication, I would like to draw attention to the possible problems that the Poseidon project may face. Recall that the Russian Navy intends to acquire 32 such nuclear drones based on 8 nuclear submarines.

Poseidon, or Status 6, is the largest torpedo in history, fully robotic and nuclear powered. This gives it virtually unlimited range. As conceived by the creators, the underwater drone will be able to move at great depths, up to 1 kilometer, either in "sneaking" mode, or, on the contrary, at very high speed. The main task of the Russian super torpedo is to destroy enemy naval bases or coastal cities due to a powerful tsunami generated by an underwater nuclear explosion, as well as the subsequent radiation damage to the terrain. For this, "Status-6" can be equipped with a "cobalt bomb". In the American press, "Poseidon" has already been nicknamed "the potential killer of" New York ".

It all sounds very frightening. However, let's not forget about the "bottlenecks" that the real combat use of underwater drones can stumble upon.

At firstIt must be remembered that the Poseidons by themselves will not go to both American coasts. They need carrier submarines, the first of which should be the K-329 Belgorod nuclear submarine, specially adapted for super torpedoes. In total, the RF Ministry of Defense intends to commission 8 such specialized "Poseidon carriers". The problem lies precisely in the extreme imbalance in the structure of the Russian navy.

The naval component of our Strategic Nuclear Forces (NSNF) is extremely vulnerable to the existing NATO anti-submarine forces. Instead of building a surface fleet at an accelerated pace, which serves to protect the areas of combat deployment of SSBNs, we are building nuclear submarines at an accelerated pace. As a result, an extremely bad situation may turn out when the Poseidon carrier submarine is destroyed by an American hunter submarine right at the exit from the naval base. Along with cobalt bombs on board. That is, the most terrible radiation damage to the area will be received not by the American, but by the Russian coast.

Secondly, it will not be easy for our "Belgorod" to fulfill the assigned combat mission, even if the Russian Navy can cover it when leaving the base in Vilyuchinsk. The United States, its allied Japan and the NATO bloc have very developed powerful anti-submarine forces: anti-submarine aircraft, AUG with their anti-submarine helicopters and multipurpose destroyers in warrant, submarine hunting for Russian nuclear submarines, etc. They are capable of arranging a real "driven hunt" for the Poseidon submarine. In the event that she can release her super torpedoes, they may well be destroyed by nuclear depth charges. It will be enough to know where to dump them.

What is the intermediate conclusion?

For all its advantages, the Status-6 project initially carries the same disadvantages inherent in the Russian NSNF. Without the protection of a serious surface fleet, our SSBNs and Poseidon carriers remain extremely vulnerable, relying solely on their stealth in the era of modern of technologies search and discovery would be extremely frivolous. The idea of ​​giving up as many as 8 submarine hulls for super torpedo carriers seems to be very adventurous. It would be much more expedient to send these funds to the construction of Project 23500M frigates or promising destroyers. The practical benefit of the Russian Navy from the new surface ships of the 1st rank would be much greater.

However, the idea of ​​a threat from under the water has every right to exist. It is possible to create it, for example, using the promising Skif bottom rockets. This is a very secret project, only the most general information can be obtained from open sources. 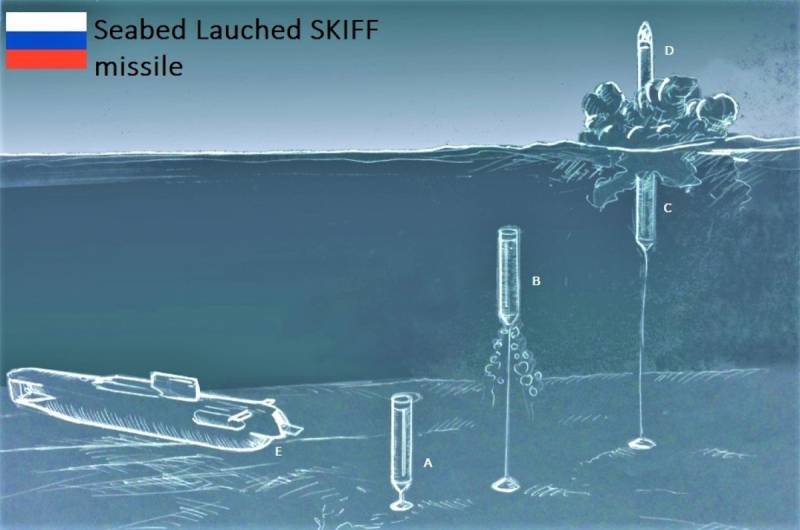 In particular, it is known that this ballistic missile can be for a long time at great depths in a silent mode. Having received a launch command, it is capable of hitting sea or ground targets at a distance of over 300 kilometers. It is also reported that the underwater missile system, if necessary, can move independently. That is, once secretly installed from a submarine, the Skif is capable of changing its location, confusing the reconnaissance of a potential enemy.

Unlike the game of "cat and mouse", which will have to be played by carriers of "Poseidons" and SSBNs, when the execution of a combat mission turns into "Russian roulette", such bottom missile systems appear to be a more effective means of nuclear deterrence.
Reporterin Yandex News
Reporterin Yandex Zen
70 comments
Information
Dear reader, to leave comments on the publication, you must sign in.