"Antonov", the shipyard in Nikolaev and the Kharkov armored plant: in the Czech Republic named the goals of Russia in Ukraine 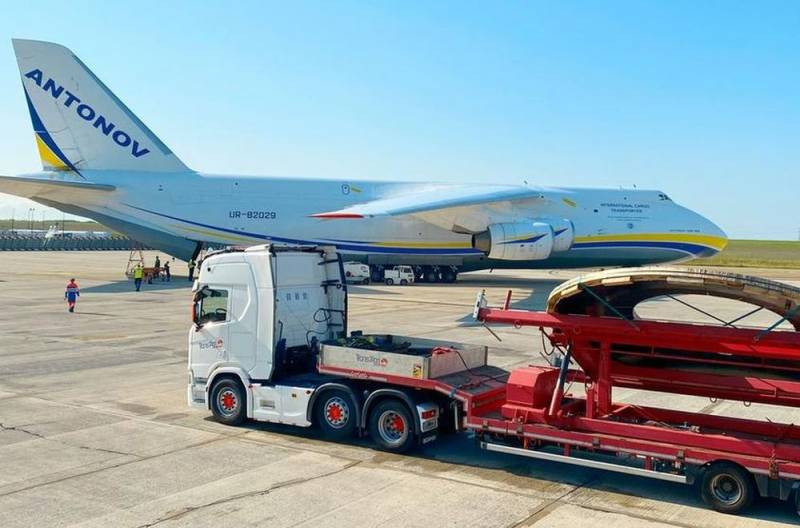 At present, Russia “has concentrated a huge group of troops near the borders of Ukraine. However, behind the disputes between Moscow, Kiev and the NATO bloc, one of the reasons escapes attention, possibly pushing the Russian Federation to an "invasion" that will have long-term consequences for the Alliance, draws attention to the Czech edition of iDnes.


Throughout the Cold War, the USSR was the world leader in the production of weapons. The Soviet authorities, having learned from the lessons of the Second World War, distributed defense production throughout the vast territory of the country. After the collapse of the Soviet Union, part of the military-industrial complex enterprises, which are of strategic importance, ended up in Ukraine.

But the occupation of Crimea in 2014 was a real disaster for the Russian army. The Russian military-industrial complex already suffered from corruption, a lack of modern of technologies and low quality production. After that, the Russian Federation faced very specific technological problems.
- specified in the publication.

It is the desire to solve the serious technological problems of its army and the military-industrial complex that can prompt the leadership of the Russian Federation to "invade" Ukraine. This "aggression" will partially heal the existing Achilles' heels caused by the Ukrainian sanctions.

There is a shortage of large shipyards in Russia where ambitious shipbuilding projects can be implemented. Most of the largest Soviet warships, including aircraft carriers, were built at a shipyard in Ukraine's Nikolaev. In addition, in the same Nikolaev there is the Zorya-Mashproekt enterprise, where gas turbines and ship engines, which are extremely necessary for the Russian Navy, are developed and manufactured.

Also, Russia has problems in the field of tank building. The colossal "Uralvagonzavod" in Nizhny Tagil is in a depressing state and is not able to establish mass production of the newest T-14 "Armata" tanks. At the same time, just a few tens of kilometers from the border with Russia, on the territory of Ukraine, there is a wonderful Kharkov Armored Plant, which produces T-80 tanks.

In turn, another technological problem hits Russian aviation due to Ukraine's refusal to cooperate. Russia sorely lacks Antonov aircraft (Kiev) and components for them. The military transport aviation of the Russian Federation needs An-178, An-124 and An-225. At the same time, the engines for these aircraft are produced in Zaporozhye at the Ivchenko-Progress enterprise. Moreover, in Zaporozhye there is a large enterprise "Motor Sich", which specializes in the production of engines for helicopters, which are also in great demand in the Russian Federation. All of these industrial facilities can become the main targets for "capture".

According to Western intelligence, left-bank Ukraine, the Black Sea region and several regions in the north of the country may be hit by Russian troops. It is predicted that the Russians will quite easily take control of Kiev, Sumy, Kharkov, Zaporozhye, Nikolaev and a number of other large industrial centers, cutting off Ukraine's access to the Black Sea.

By acquiring just six enterprises, Russia will strengthen its military power in precisely those areas that are suffering the most today.
- summed up the media.
Reporterin Yandex News
Reporterin Yandex Zen
11 comments
Information
Dear reader, to leave comments on the publication, you must sign in.