"Our humble response to the aggressor": "Javelin" fired back in Donbass and missed 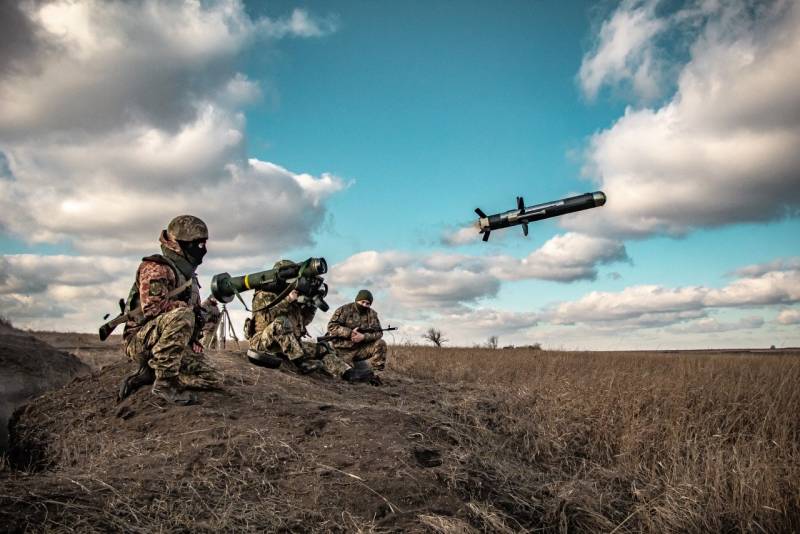 On December 22, the Armed Forces of Ukraine conducted exercises at a training ground in the Donetsk region, using the American Javelin anti-tank systems for the first time in the area. The press center of the JFO headquarters informed the public about this in its Facebook account.


The Ukrainian military released photos from the scene, specifying details. The target was a tank in the trench, which was at a distance of 1,5 km from the location of the ATGM crew. The effectiveness of firing in winter conditions was tested - strong wind and low air temperature. The exercises were recognized as successful - the guided missile hit the target.

The main advantage of "Javelin" is ease of management. After launch, the rocket sets itself on the target, which allows you to achieve almost 100% firing accuracy.
- says serviceman Viktor, who was in charge of the shooting. 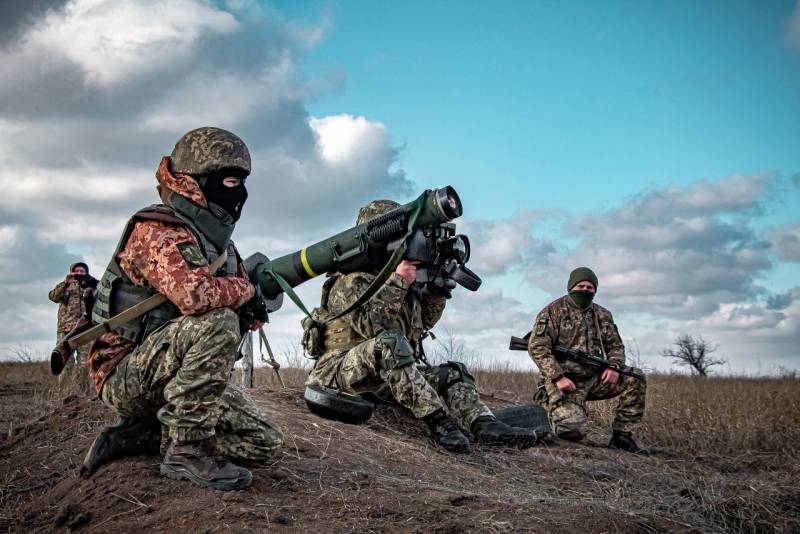 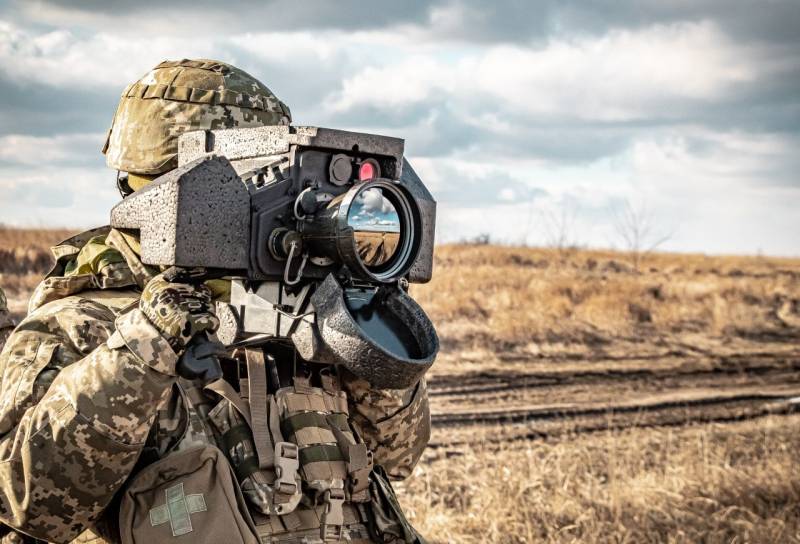 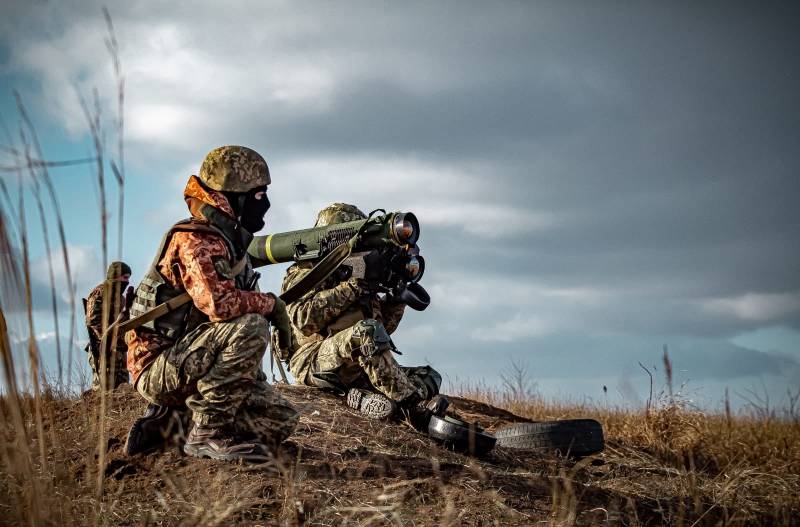 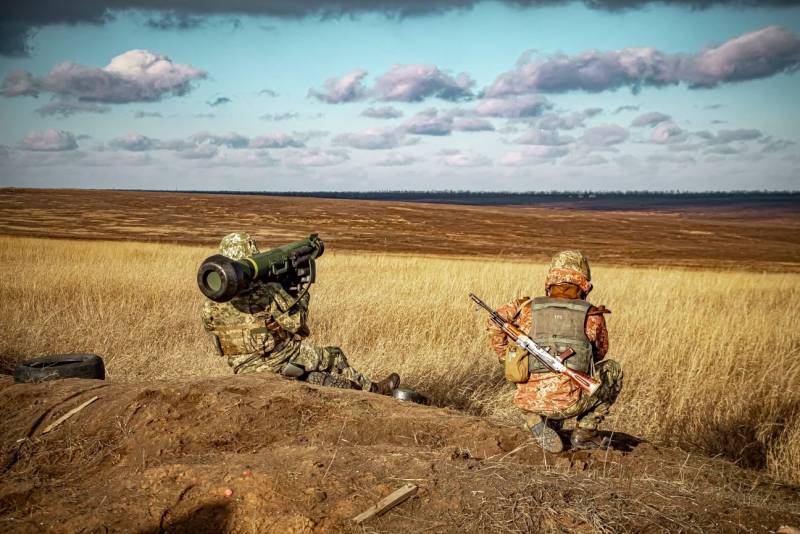 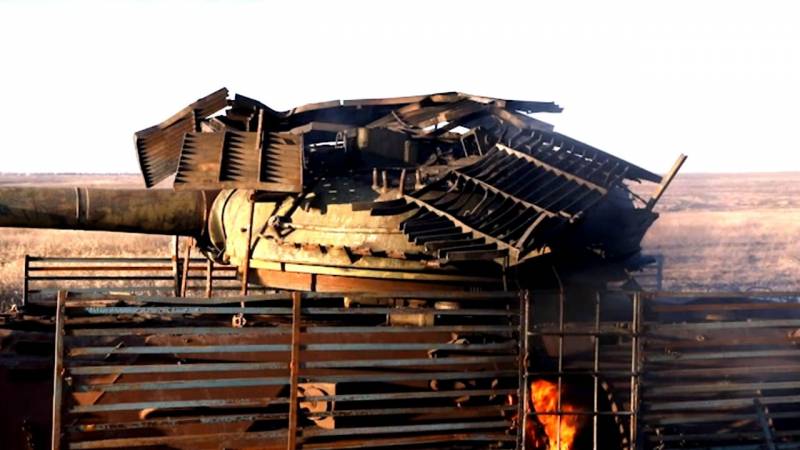 Ukrainian "Channel 5" (owned by Petro Poroshenko) showed a report from the said shooting. In this video, Ukrainian servicemen emphasized that before that, Javelins had never been used in any form in Donbas. Thus, they refuted the loud and unsubstantiated approval the head of the GRU of the Ministry of Defense of Ukraine, General Kirill Budanov, made a month earlier that the Javelin ATGM was used in the Donbas.

Our humble response to the aggressor. The Ukrainian army recalled that it has "Javelins" - American anti-tank missile systems. For the first time, our military conducted practical training exercises, before that they trained more theoretically with instructors. Javelins are a serious weapon on the battlefield, they destroy tanks and other armored vehicles at a distance of up to 5 km. Almost 100% hitting the target, as the missile is self-guided
- said the TV presenter.


The videos shown, photographs and the bravado of the military did not go unnoticed by Internet users. They noticed that the video showed (at 2:47) how one of the two missiles fired missed the target. This indicates that out of two shots on the target, only one ammunition hit, for which the Ukrainian budget spent $ 300 thousand. 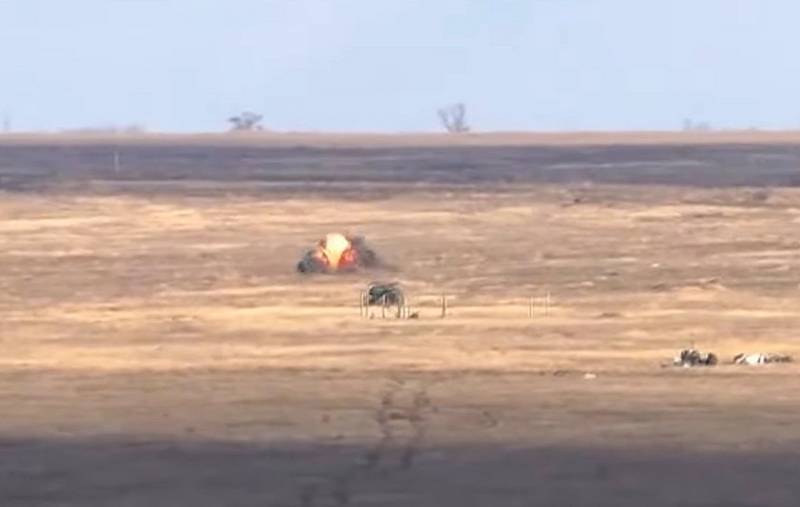 Moreover, it was noticed that the Ukrainian security forces freely, comfortably, settled on a hillock, which is simply impossible in a real combat situation, when bullets and shells are flying around. All this suggests that in a real battle, the effectiveness will be even lower. On this, the commentators were unanimous. Only one question aroused discussion among them - why did the Ukrainian military first set up a fire on a tank?

The answer to this question is quite simple, and no one fried kebabs on a tank. The thing is that the tank at the range is not working, i.e. it is impossible to start it. In this case, the presence of heat is necessary for a "homing" rocket, and even in the cold season. In addition, the light helps the military to aim, making it easier to complete the task.
Reporterin Yandex News
Reporterin Yandex Zen
9 comments
Information
Dear reader, to leave comments on the publication, you must sign in.