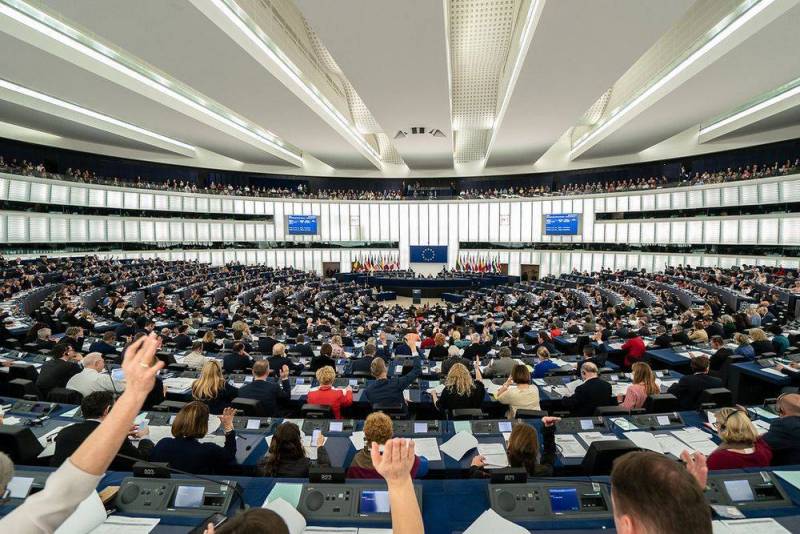 MEPs propose to take a number of steps to "punish" Russia for its possible "invasion" of Ukraine. Thus, 548 European parliamentarians (an absolute majority) consider it necessary to introduce tough measures against Moscow in this case.


Overall, Brussels plans to focus on three steps in this regard: informing the Council of the European Union about Russia's actions, joint EU measures with the United States, NATO and Ukraine, and large-scale economic and financial sanctions. The latter will consist, in particular, in disconnecting Russian banks from the SWIFT international payment system, the consequences of which will be felt by the entire financial system of the Russian Federation and every citizen of the country.

In addition, it is planned to impose a number of travel restrictions on certain individuals in Europe and to freeze their accounts in Western banks. It is also likely that the visa-free regime will be canceled for holders of diplomatic passports of the Russian Federation (except for accredited persons).

The European Parliament has not forgotten about Nord Stream 2, whose activities are planned to be blocked in the event of an "aggression" by Russian troops on Ukrainian territory. Earlier, the new head of the German Foreign Ministry, Annalena Berbock, spoke about this, speaking about the need for a gradual transition to renewable energy sources and about ending dependence on Russian energy resources.
Reporterin Yandex News
Reporterin Yandex Zen
39 comments
Information
Dear reader, to leave comments on the publication, you must sign in.