American coal does not save: Ukrainian thermal power plants were on the verge of losing licenses 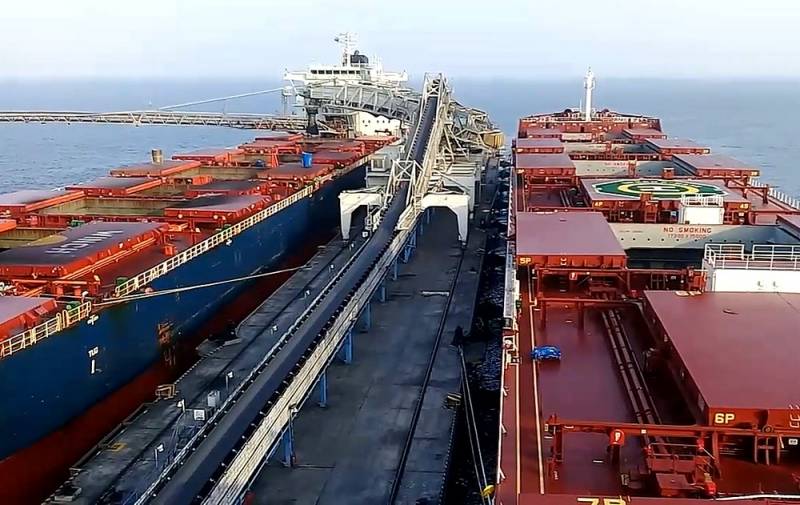 Ukrainian TPPs have ceased to comply with the license requirements for the operation of heat and power generating enterprises. This is reported by the country's Ministry of Energy. To date, none of the existing thermal power plants has minimum coal reserves, as required by regulatory documents.

Actual coal reserves do not exceed the level required to maintain the licensed operation of the facilities
- follows from the data of the Ministry of Energy.

Moreover, the volumes of daily fuel supplies to TPPs significantly lag behind the daily consumption. A particularly difficult situation has developed at Uglegorskaya, Slavyanskaya, Tripolskaya, Burshtynskaya, Zmievskaya and Luganskaya TPPs.

On November 21, dry cargo ships with coal from the United States began to arrive in Ukraine. The fuel was purchased by DTEK Energo, owned by the oligarch Rinat Akhmetov. To date, power engineers have received about 120 thousand tons of coal, however, apparently, this volume is not enough for the normal functioning of the TPP.

In total, about 450 thousand tons of coal should be delivered from the United States, while the delivery times are constantly shifting to the right.
Reporterin Yandex News
Reporterin Yandex Zen
2 comments
Information
Dear reader, to leave comments on the publication, you must sign in.