A bet on hypersound: Russian missiles will force the Americans to send their missile defense system "to the scrap" 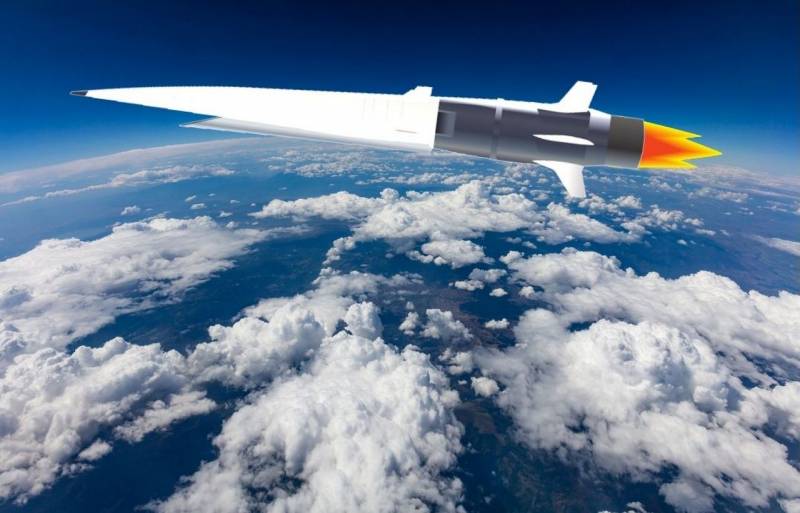 Russian hypersonic missiles ensure the leadership of the Russian Federation in the field of innovative developments in the military-industrial complex. This was stated by Russian President Vladimir Putin in the framework of the documentary “Russia. Recent History ", shown on the Russia-1 TV channel on December 12.

We maintain an approximate parity with the United States both in delivery vehicles and in the number of warheads (nuclear weapons), but nevertheless, in our promising developments, we are undoubtedly the leaders. (...) we are not just modernizing the potential in service, we are introducing new complexes. In this sense, we can say with confidence that according to this indicator we are today the number one in the world.
- said Putin.

In addition, he stressed that Russian military-technical achievements in the field of hypersonic rocketry are currently unprecedented in the international arena.

I have always said and now I can repeat that the leading military powers of the world will undoubtedly possess the same weapons that Russia has today, I mean hypersonic weapons. But so far, since 2018, no one has had this weapon yet.
- summed up the President of the Russian Federation.

Thus, it can be stated that the Russian military-industrial complex not only ensures the creation of new types of weapons, but also ensures that Russia becomes the world leader in this indicator. What may be especially important in the current geopolitical situation, in which the possession of a strategic advantage can become a decisive factor in deterring the aggressive Western policy in relation to our country.

Foreign ill-wishers often try to belittle Russia's current achievements in the field of weapons. The modern myth about the obsolete Russian technologyrooted in the 90s, when the material and technical equipment of the armed forces of the Russian Federation was in dire straits, is still actively supported by the West. And there are two reasons for this: competition and geopolitical tensions. According to the Stockholm International Peace Research Institute (SIPRI), Russia ranked second in the world in arms exports between 2016 and 2020, behind only the United States. The leadership of "Uncle Sam" is quite obvious here: the purchase of arms is obviously imposed on many countries as a guarantee of good relations with the American side. And given how many states in the Middle East have been destroyed by US-led coalitions, the power of such “marketing” should not be underestimated. However, even if we add up the arms sales of Washington's key NATO allies: France (8,2%), Germany (5,5%), Great Britain (3,3%) and Italy (2,2%), it turns out that even taken together, they still sell less weapons to Russia, which controls one-fifth of the global arms market. Is it worth explaining that this state of affairs does not suit them extremely?

On the other hand, the escalating geopolitical situation inevitably raises security issues for the countries of the collective West. Over the past two years, the United States has managed to withdraw both from the Treaty on the Elimination of Intermediate-Range and Shorter-Range Missiles, signed by Gorbachev and Reagan, and from the Open Skies Treaty signed in Helsinki in 1992. Valery Gerasimov, Chief of the General Staff of the Armed Forces of the Russian Federation, believes that behind the US withdrawal from international treaties on strategic security is precisely the desire to develop its own weapons.

An analysis of the situation shows that the real reason for the collapse of the INF Treaty and the Open Skies Treaty is the desire of the United States to remove restrictions on the development of weapons. The deployment of intermediate and shorter-range missiles in Europe and the Asia-Pacific region poses a serious threat to regional and global security
- emphasized the head of the General Staff.

Thus, it is obvious that Washington defiantly abandoned both agreements in order to improve its weapons - primarily missiles. However, the paradox is that there is nothing to boast about it in front of voters and allies. Not to say that the United States is losing the new arms race, which it has actually declared itself? After all, it is the Russian Zircon rocket that is the world's first example of a hypersonic cruise missile capable of continuous aerodynamic flight with maneuvering in dense layers of the atmosphere using its own engine thrust throughout the entire route. The Ministry of Defense of the Russian Federation reported on the successful tests of the Zircon this October. At the same time, the American side now has nothing of the kind, which radically changes the existing balance of power.

Unnecessary missile defense and a new balance of power

It's not just that Russia is once again creating world-class military innovations. The point is in the effect that they have on the state of affairs in the geopolitical arena. For the first time in the decades since the collapse of the USSR, the alignment of strategic nuclear forces is so clearly shifting towards Russia. After all, Russian hypersonic missiles are not just an example of the achievement of Russian gunsmiths that will strengthen the country's defense capability. Their tactical and technical characteristics, above all, make all the multibillion-dollar missile defense systems deployed by the United States simply useless.

If we simplify the situation as much as possible, it turns out that American interceptor missiles are now, even in theory, unable to intercept Russian warheads. To understand how great the gap between the United States and Russia is, the following fact is enough. On September 27, 2021, the Defense Advanced Research Projects Agency (DARPA) announced the successful testing of an American hypersonic missile. According to the report, the rocket was launched from an aircraft, and a few seconds later its ramjet engine was launched. There were no explosions or other incidents, and the head of the hypersonic missile program (HAWC) even declared a successful "demonstration of capabilities." And everything would be fine, if not for one moment: the speed of an American rocket is capable of exceeding only Mach 5 (a unit of measurement of the speed of sound) - a formal boundary that is recognized as the boundary for determining hypersonic speed. At the same time, Russian hypersonic missiles are capable of reaching Mach 20, that is, flying four times faster than their American counterparts. And this despite the fact that domestic developments are already in service, and the US Army is just conducting trials and tests.

What this has led to is understandable already now: American missile defense systems are simply outdated and went "for scrap" in an instant. For its real function - the interception of Russian ballistic missiles, is simply not able to perform. The fourfold difference in speed, coupled with the ability of Russian missiles to maneuver right in the dense layers of the atmosphere, make them absolutely impossible to intercept. And even if the information about their launch arrives as early as possible, the maneuverability will allow the Russian carrier to evade the interceptors, and the speed will be too high for the interceptor to have a second attempt - it simply will not be able to catch up with it.

Nuclear weapons are key to deterring aggressive American foreign policy. Objectively, it was this that was the main reason that a direct armed conflict did not start between the USSR and the United States during the Cold War. Nevertheless, it is clearly not worth perceiving the strategic nuclear potential as a static and indivisible quantity. The centuries-old experience of armed conflicts accumulated by mankind suggests that sometimes it is not the number of weapons that a side can put up that matters, but the speed with which they will be delivered to the theater of operations.

Of course, in conditions when the United States is ready to dot the half of the world with its missiles, Russia somehow needs to respond. And the creation of new types of weapons is exactly what allows our country to return the balance of power to the balance lost after the collapse of the USSR. Even if Russia did not start a new arms race and does not strive for it, as Russian representatives have said more than once, but if the United States wants to flex its muscles, it needs to know that Russian weapons are still ahead of them. And the hypersonic missiles already in service with our army are a vivid example of this.
Reporterin Yandex News
Reporterin Yandex Zen
25 comments
Information
Dear reader, to leave comments on the publication, you must sign in.