Will Turkey get Russian engines for its fighter? 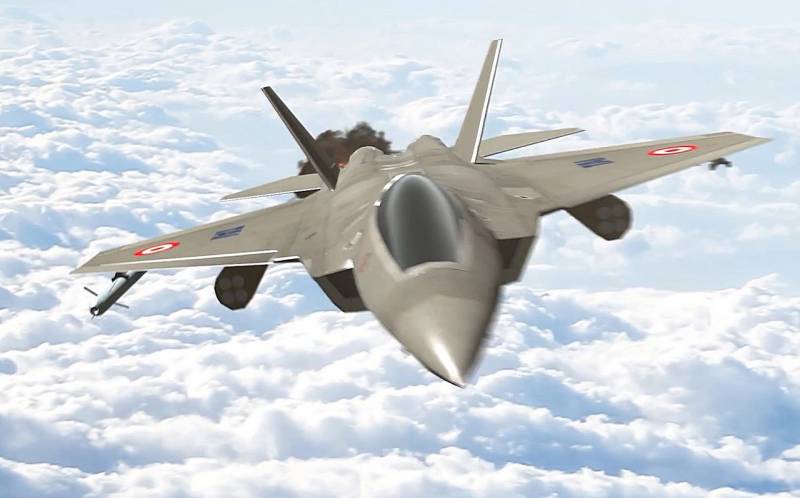 One of the most significant News In recent days, it is worth considering the information that Russia can provide assistance to Turkey in the development of its own fifth generation fighter. Considering the extremely difficult relations between Ankara and Moscow in Syria, Libya, Transcaucasia and Central Asia, this topic requires substantive discussion.


As we have repeatedly noted, Turkey is rapidly rushing into a closed club of great powers with the appropriate attributes: powerful army and navy, helicopter carriers and promising aircraft carriers, its own main battle tank and heavy helicopter, attack drones, and a fifth generation fighter. The creation of the latter is a non-trivial task.

In 2010, Ankara announced the TF-X (Turkish Fighter Experimental) program, which provides for the development of a fifth generation national fighter by 2023, the centenary of the founding of the Republic of Turkey. Several variants of the aircraft are proposed: with one or two engines, with one or two pilots, as well as the variant of its interaction not with other fighters, but with unmanned aerial vehicles. There are a lot of plans. However, they stumbled over the problem of Ankara's lack of a number of critical components, including an aircraft engine, radars with headlights, and avionics. It will not take all this out of nowhere, for the development and production of such equipment entire branches of the defense industry are required. And what did the Turks do?

Ankara followed a completely reasonable path. First, under an American license, Turkish Aerospace Industries began producing General Dynamics F-16 Fighting Falcon fighters, which are in service with the Turkish Air Force. By the way, the F-16 is being modernized there for the needs of the Pakistani Air Force. In addition, Ankara joined the international program to create the fifth generation American fighter, the F-35. Within its framework, more than 1000 parts of this aircraft are produced in Turkey. Turkish Aerospace Industries CEO Temel Kotil explained:

In the F-35 co-production program, my company is building the center fuselage. Thus, this means that in terms of production, Turkish Aerospace Industries has enough capacity to create the TF-X fighter.
Thus, even being excluded from the F-35 program, Turkey was not left completely empty-handed. On the contrary, along with international cooperation, it was developing the national TF-X fighter.

The main snag is, of course, the engine. Turkey does not yet have its own, so at the first stage it is supposed to use imported, but on condition of parallel development of its own. But who will be ready to supply power plants to Ankara? USA? Europe? China? Russia?

It is known that Turkey was in talks with General Electric on the use of the American F110 aircraft engine. For some reason, the head of the Turkish Defense Industry Directorate Ismail Demir believes that there will be no problems with the supply of the power plant from the United States, and they will buy everything else from Russia:

We have no problems with the purchase of the engine [F110].
Incomprehensible optimism. Relations between Ankara and Washington remain very tense. The United States has already thrown the Turks with the F-35. Why do they think that Uncle Sam will not blackmail them in the future by suspending or refusing to supply power plants for the fifth generation fighter? Especially if some Russian components are used in TF-X. It will be a shame to remain with a practically finished plane, in which more than $ 10 billion has been invested, but without an engine. Europe? Theoretically, the TF-X can be equipped with a power plant from Raphael or Typhoon, but are the Europeans themselves ready for this, given the equally difficult relationship with the restless “Sultan”? China? Recently, the Chinese ambassador in an unusually harsh manner criticized the actions of the Turks in Syria. Beijing is clearly offended by Ankara's support for the Uyghurs. Only Russia remains, and it seems that it is on Moscow that President Erdogan is making the main stake.

Russian officials from the military-industrial complex have long been trying to sell the Su-35 and Su-57 fighters to the Turks. However, the Turks do not need Russian aircraft, they need Russian technology to produce their own fifth generation fighter. This is actually directly stated by the above-mentioned Ismail Demir:

RF possesses technologies in the field of aeroacoustics, aerothermodynamics and infrastructure for creating a fighter. Moscow has the technology to create a turbojet engine for a fifth generation fighter. The collaboration will also include avionics, radar, sensors, ejection seat and data transmission systems.

Note that the Turkish official only casually mentioned the jet engine, focusing on other components. This is nothing other than Eastern guile. Stories about the American F110 - a banal "talking teeth" in the bazaar in the spirit of "I saw the same thing around the corner, only cheaper" in order to bring down the price. There is nothing around the corner. First of all, Ankara needs Russian power plants, since no other modern Turkey with its aggressive external policies will not supply them.

The key question is, do we need to supply them at all? And which ones, if you do deliver?

Note that Russia itself does not really have an engine for a fifth generation fighter. Our Su-57 so far flies on the AL-41F1 (product 117), and the Su-35S - on the AL-41F-1C (product 117S). So far, we have to wait for the readiness of "Product 30", which will surpass its predecessors, issuing a maximum thrust of 11000 kgf and afterburner - 18000 kgf versus 9500 kgf and 15000 kgf, respectively. For less than the AL-41F1 used on the planes that Moscow tried to sell to it, Ankara will definitely not agree. Based on the experience of purchasing the S-400, one can expect that Turkey, having purchased the first batch of engines, will insist on the localization of their production in its country, partial or complete. In addition, knowing the "Sultan", it is quite possible to expect that he will offer Russia to join forces in the revision of "Product 30", as well as in the joint production of other aviation components.

Is it permissible to transfer such technologies to the Turks? Of course not. Arming your potential enemy yourself, selling him modern air defense systems, as well as Su-35 and Su-57 fighters, this is just some kind of nonsense. To give him the technology of their production is real madness.
Reporterin Yandex News
Reporterin Yandex Zen
14 comments
Information
Dear reader, to leave comments on the publication, you must sign in.