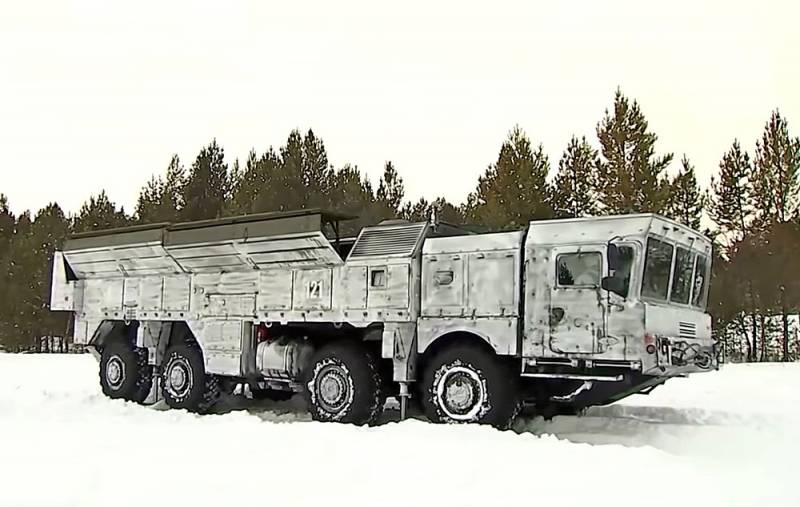 An unprecedented exercise took place in Russia yesterday. On alarm, Iskander-M OTRK was deployed to Novaya Zemlya from the Western Military District by means of transport aircraft. The complexes have successfully completed combat training missions, having in fact proven their ability to work in extreme temperatures.


It is worth recalling that the Iskander-M OTRK already has experience in real combat use, and in its arsenal there is a whole line of ammunition that allows it to perform a wide range of tasks.

In particular, it is worth noting a quasi-ballistic missile equipped with an electronic warfare module and at the finish line almost vertically "falling" on the target at a speed of about 2000 m / s. Not a single missile defense system existing abroad is capable of intercepting "such" today.

Among the ammunition for the Iskander there are cruise missiles flying at a height of 6-7 meters, skirting the terrain, as well as a nuclear monoblock with a capacity of 50 kilotons. In addition, in 2019, the Iskanders worked on target ships, proving their ability to support any of our fleets at a distance of up to 500 km from the coast, and this year the complexes were connected to the “military Internet”.

Finally, an important fact is that the Defense Ministry decided to make the Iskander brigades super-powerful. In each of them, one more will be added to the three existing divisions. As a result, the firepower of the new formations will be sufficient to destroy an entire division of a potential enemy with just one blow.

All of the above, coupled with the exercises successfully conducted in the Arctic, sends an unambiguous signal to both opponents and partners of Russia. Our country is ready to toughly defend its long-term economic interests by all means, which means that it is not only dangerous to be at enmity with her, but it is also beneficial to cooperate.