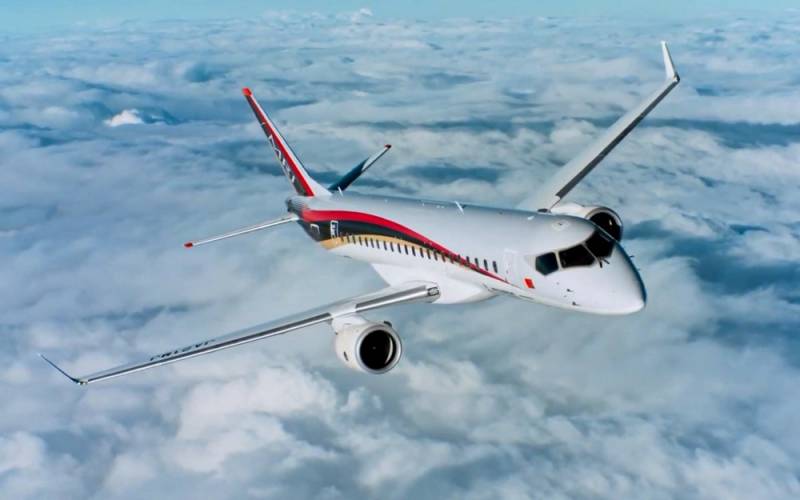 In October, the 11th since the beginning of this year, the Russian medium-haul narrow-body airliner Sukhoi Superjet 100 took to the skies. Almost at the same time, the Mitsubishi SpaceJet project was closed in Japan.


It is worth noting that 10 years ago, a car from the Land of the Rising Sun was considered the main competitor of our liner in the struggle for a corresponding niche in the world market. However, despite the successes in mechanical engineering and electronics, the Japanese aircraft lost outright to our SSJ 100.

As of today, 216 Superjets have already taken off in Russia, while 8 built by Mitsubishi SpaceJets will remain on the ground forever.

During the development of the Japanese aircraft, a number of problems were identified, including an insufficiently strong wing and an unfinished landing gear. Numerous engineering miscalculations eventually resulted in the corporation in 15 years of work and 10 billion US dollars. At the same time, the aircraft did not pass certification in the States.

Unlike its competitor, our Sukhoi Superjet 100 has been successfully certified in both the US and the EU. In addition, domestic engineers spent only 8 years and about $ 2 billion on its development.

It is worth noting that the SSJ 100 was originally designed as an export vehicle. It used many foreign (including American) components and assemblies. This fact, on the one hand, was beneficial to our aircraft, simplifying the process of its certification. However, there is also a significant disadvantage in this - the Sukhoi Superjet has become dependent on the US Treasury, which at any time can prohibit its deliveries to one of the countries under sanctions.

However, the last problem is being solved right now. The government allocated about 18,5 billion rubles for import substitution of components and assemblies with which our liner was certified. It is expected that this step will increase the share of domestic components in the car to 60%, and most importantly, get rid of American dependence.