"Buran", which could: was there a chance for Russia? 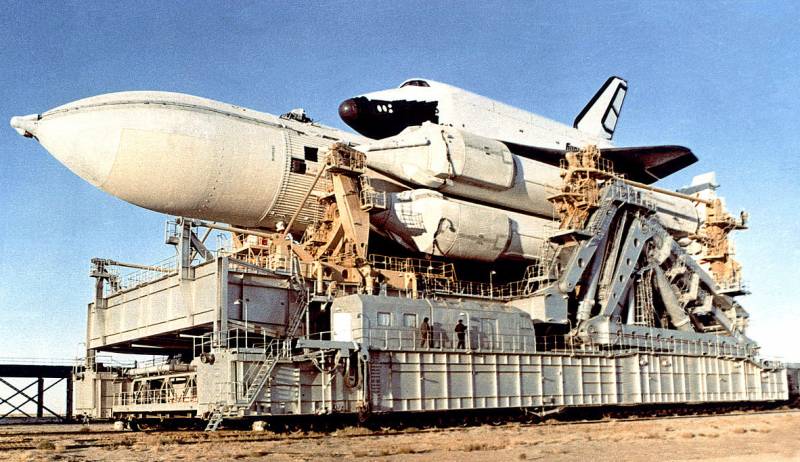 The Space Shuttle was launched for the first time in 1981. The reaction of the USSR followed immediately, although the development of the reusable ship by the Americans was not a secret for the Soviets. The party said: you need your own shuttle. The reason was the fear that the Americans could use the ship as a space weapon. In theory, of course, the shuttle could indeed be used to put elements of space combat systems into orbit or steal Soviet spacecraft. But, probably, the reason for its development is more trivial. These are the fears of NASA experts to remain without work after minimizing the lunar program. A new goal was needed: she became a reusable spaceship. On paper, it was quite economical, in fact, no. But we'll talk about this later.

From the very beginning, the Soviet shuttle was seen as a potential military apparatus. At first they wanted to make the shuttle a copy of the "American", but then it turned out that there was no opportunity to build the same ship. One reason is the lack of engines, like those that were installed on the Space Shuttle. The Soviet product 11D122 was heavier than the overseas RS-25 and lost to it in traction.

Gradually, the concepts of the Space Shuttle and the Buran began to diverge greatly. The American spacecraft, as you know, received three marching liquid rocket engines RS-25, which returned to Earth with the spacecraft. The side boosters of the shuttle were splashed in the ocean, and a huge fuel tank burned out in the atmosphere of the Earth. In general, the Americans have achieved reusability, which would have envied old Elon himself. 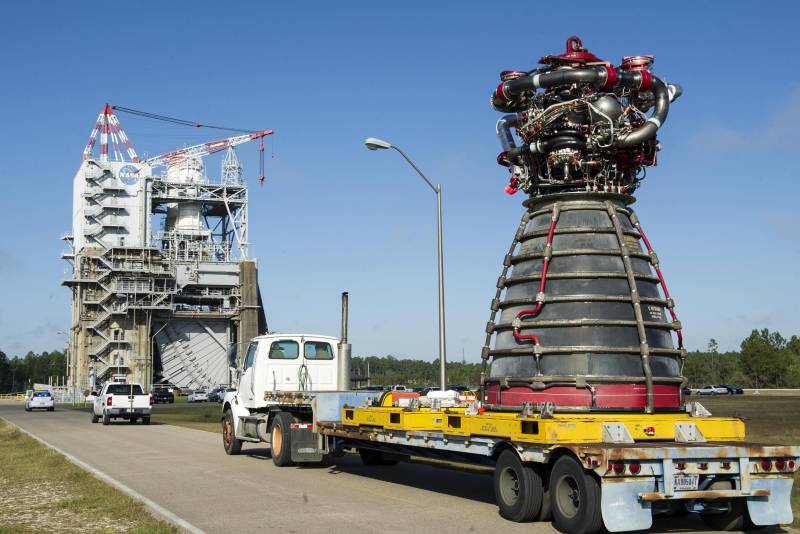 Soviet engineers could not boast of such. The aforementioned difficulties with engines, as well as the fundamentally different conditions for launching the Buran, led to the fact that the shuttle itself was left without large marching engines: they were located on the first and second steps of the Energy - Buran system. Roughly speaking, on the rocket itself: they were all disposable. The shuttle at the same time became something like the Soyuz spacecraft, only it was attached not to the top of the rocket, but to the side. And, of course, it was very different from Soyuz in weight and dimensions.

The USSR, represented by Energia-Buran, received an almost classical space-rocket system, consisting of several stages, but with a reusable space plan. At the same time, the shuttle was not completely “naked”: it was equipped with engines for maneuvering in orbit and turbojet engines for flying in the Earth’s atmosphere. In theory, all of these systems could be reused more than once. But this is in theory. The second time to launch the Buran was not destined.

The unique advantage of the Soviet shuttle over the American shuttle can be considered a higher degree of automation. The shuttle made its only flight on November 15, 1988: without a crew on board, using the Beads-4 on-board digital computer. Another plus is that, in the framework of the program, the USSR received not only a shuttle, but also a completely self-sufficient superheavy class rocket - "Energy". It could be used, for example, for lunar or Martian missions: without directly using the most reusable ship. The American Space Shuttle was a single, "indivisible" whole. Apart from engines, all of its main elements have sunk into oblivion. No one needed a gigantic fuel tank, just like side boosters, even reusable ones. 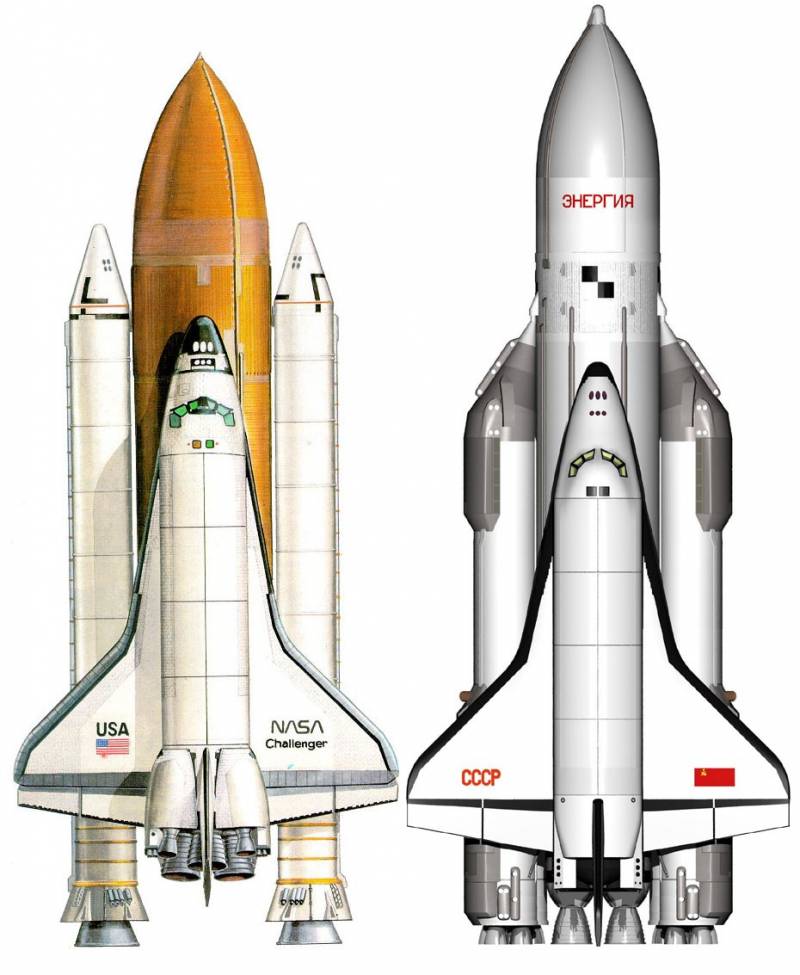 As you can see, in the end, the United States and the USSR built different space systems. Each of them had its advantages and disadvantages.

Advantages of the Energy-Buran system over the Space Shuttle:

- Higher degree of automation;
- Together with the development of the ship, the USSR received a unique universal launch vehicle.

“The Energy-Buran system was less reusable than the Space Shuttle.”

The Energy-Buran program was closed in 1993. In fact, it was never completed. On the whole, Buran was not such a widespread topic for media speculation as Russian space projects of the 90s - 2000s. Or Soviet programs of the 60s. This is partly due to the fact that the enormous price of the program would not allow to put into practice something similar in the 90s, when the future of the domestic space industry hung in the balance (now, by the way, the situation is not much better).

Recall that the United States did not receive an economical spacecraft: in the 2000s, the launch price of the Space Shuttle increased to a fantastic $ 420 million. For comparison, the launch of the Falcon 9 is now estimated at 62 million dollars. It must be assumed that if the USSR / Russia program were brought to the Buran mind, one start would cost much less. And in any case, much more than the cost of starting a one-time launch vehicle. Almost any. 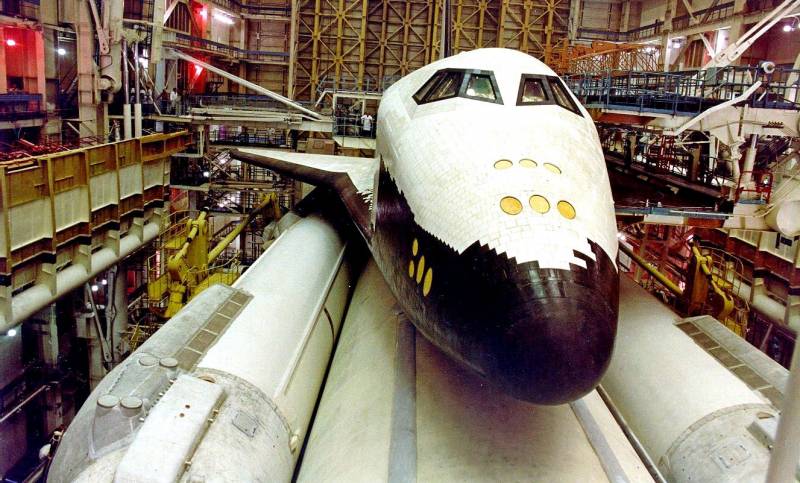 There are several reasons for this. Firstly, both the Space Shuttle and the Buran were created during the years of the Cold War, when no one considered the money spent on a geopolitical competition in space. And the USSR, in the appendage, also saw its ship as a military complex, which almost always puts an end to profitability. In any case, if we talk about the application in the civilian sphere. Secondly, launching superheavy media as such is not cheap by default technical the complexity and cost of such systems. Even the cost of starting is relatively economical According to estimates, the Falcon Heavy superheavy can reach $ 120 million, which is almost twice the launch price of the Falcon 9. But there are almost no orders for the new superheavy: medium-heavy missiles successfully cope with the lion's share of commercial orders. 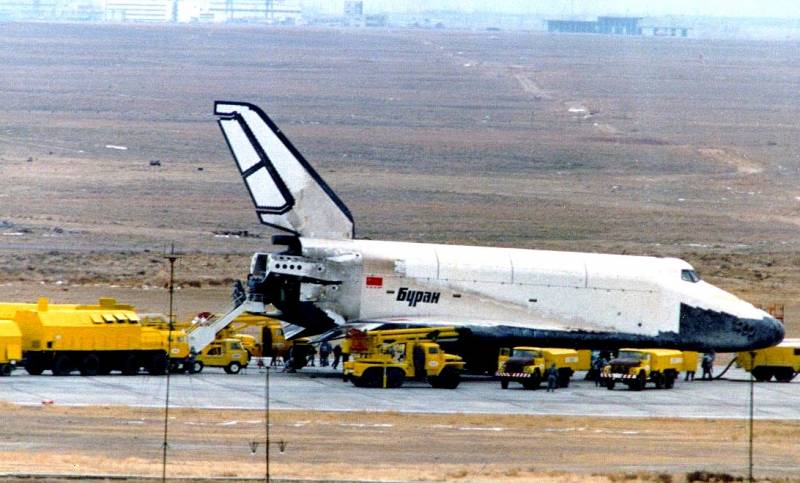 In fact, such a powerful rocket as the Falcon Heavy or Energy is now needed only for single missions. “Superheavy missiles have not been launched for 30 years, the entire economy, all military manufacturers, the entire satellite industry are now imprisoned under a load of no more than 30 tons. Therefore, for a new rocket there is no decent load. " - notes the famous popularizer of science Vitaly Egorov. It is unlikely that the presence of a working “Energy” in Russia could affect the market. Rather, it would be the notorious "suitcase without a handle."

Therefore, you should not worry about the lost technologies of "Energy - Buran". The shuttle itself is not needed right now. And regardless of his fate, the Energia rocket could hardly find application in modern Russia, which has reliable and economical Unions and Protons. And in the future, Soyuz-5 may appear, which can be considered the Russian reincarnation of the Soviet-Ukrainian Zenith. And, of course, the long-suffering Angara.

A rocket whose power will be comparable to the power of Energia will be needed only if Russia is seriously planning to send its astronauts to the moon or to Mars. Due to a number of circumstances, primarily of an economic nature, this should not be expected in the foreseeable future.
Ctrl Enter
Noticed oshЫbku Highlight text and press. Ctrl + Enter
We are
Dream Chaser: did the Americans steal the Soviet idea?
The end of the "Union": the Americans did not leave Russia a chance
Reporterin Yandex News
Read Reporterin Google News
Information
Dear reader, to leave comments on the publication, you must sign in.