Sky News: NATO is ready to resist Russia's attack on one of its members, but there are questions about the defense of Ukraine 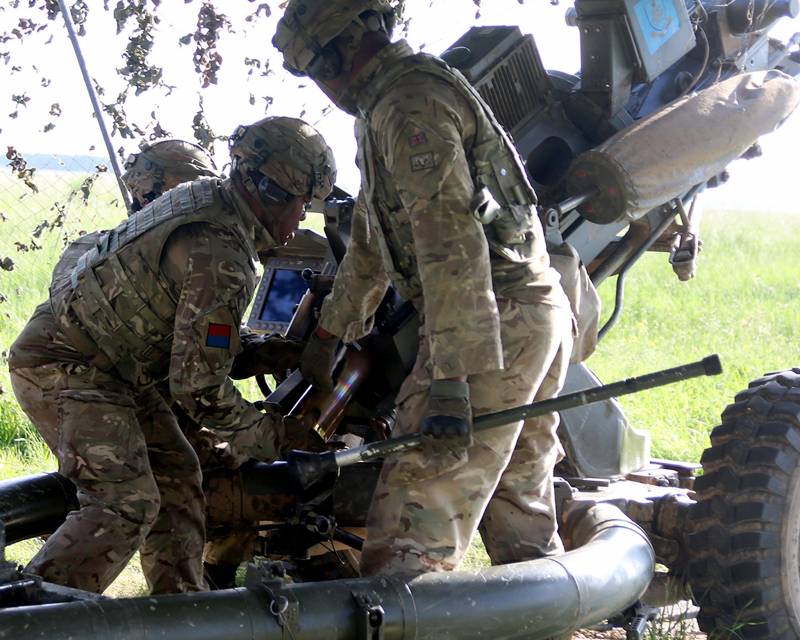 Units of Great Britain, Poland and other NATO countries are conducting military exercises on Polish soil. They are fighting a simulated enemy on the eastern flank of the Alliance, demonstrating their strength to Moscow. Everyone is aware of the growing tensions between the West and the more than real enemy - Russia, according to the British television channel Sky News in its report on November 19.


British Defense Minister Ben Wallace said that he was concerned about the buildup of Russian troops near the border with Ukraine and the use of refugees by the Kremlin's ally Belarus as a hybrid weapon. At the same time, he is not sure that these two events are related, but stated - "in this part of Europe, there is increased activity."

This threatens security and I think one of our responses should be to show solidarity, both politically and militarily.
- said the British minister.

The situation on the Polish-Belarusian border forced London to send a small group of its troops there to help Warsaw, which accuses Minsk of transporting illegal immigrants to the European Union to create tensions. Probably, in the near future, the British authorities will send at least 100 more military engineers to build fences on the border, which in the Russian Federation and Belarus can be regarded as a provocation.

At the same time, Moscow expresses concern about London's support for Kiev. The Russians are alarmed by the British selling ships and missiles to the Ukrainian side. Russia warns Great Britain and the West in general against "non-constructive activity." However, NATO views this issue differently. The Alliance declares about the defense orientation of its activities, which does not pose any threat to the Russian Federation if Moscow does not cross the "red lines".

This is not just another NATO maneuver. The Alliance is ready to counter any new aggression and makes it clear
- clarified the correspondent of Sky News Debra Haynes.

However, this refers to an "attack" on one of the NATO countries. But what if the Russian Federation "attacks" a country that is not a member of the Alliance, for example, Ukraine? This is unknown, and it is in this uncertainty that there is a huge risk. Therefore, there are questions with the defense of Ukraine, the media summed up.