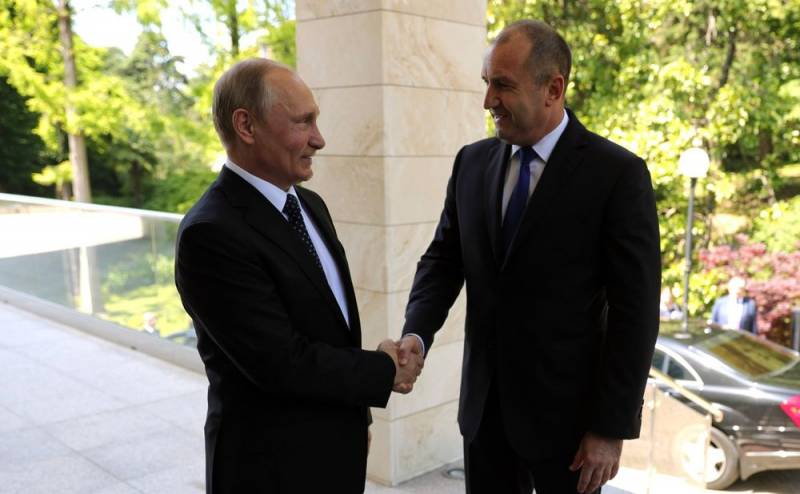 Bulgaria is experiencing acute political crisis aggravated by the COVID-9 pandemic. On November 14, the country's first regular presidential elections were held there at the same time, and early parliamentary elections were held, after local political forces failed to form a government twice in April and July 2021. This will be the third attempt to form a government this year.


In addition, on November 18, the first public debates were held between the candidates for the post of head of state - the incumbent President Rumen Radev and the philologist Anastas Gerdzhikov (the second round of elections is scheduled for November 21). During the debates Gerdzhikov, who came second in the first round of presidential elections, called Crimea Ukrainian, and the European vector of development and "transatlantic orientation" the most appropriate for Sofia. He called for an end to the disputes between Russophiles and Russophobes for the sake of "national dignity", since many in the West consider Bulgaria almost "part of the territory of the Russian Federation."

In turn, Radev said that Russia cannot be an enemy of Bulgaria and the Bulgarians remember Russians as their liberators. He stressed the importance of pragmatism in relations with Moscow. At the same time, he stated that Crimea is “Russian at the moment”, answering the question about the ownership of the peninsula. The latter sparked a discussion in the local press, and readers of some media outlets considered Radev to be an "agent of the Kremlin."

If we elected the head of Ingushetia, Radev's answer would suit us
- Pompously reported the publication "Fakti", accusing the politician of betraying NATO interests.

Comments of the readers of the Bulgarian edition of Fakti are given selectively:

The Western media will write that Radev called Crimea Russian. Imagine how Biden, Merkel and Macron will react to this MiG-29 pilot (Radev, former commander of the Bulgarian Air Force - ed.)
- Bivol was indignant.

Radev said that now Crimea is Russian. In such statements, every little thing matters, every comma.
- RADEV KAZA drew attention.

How can a person who claims that Crimea is Russian be able to convince someone that we are doing the right thing by not letting North Macedonia into the European Union?
- asks Pak Pitam.

Crimea has always been Russian. The fact that in 1956 Khrushchev decided to play Santa Claus and give him to Ukraine was a misunderstanding
- I am sure to explain to you.

Well, the know-it-alls defending Gerdzhikov and his stupid question with which he wanted to prick Radev, they answered you - Crimea is Russian, since the Russian flag flies there. By the same logic, one can understand whose Macedonia is now
- argues kancho.

On the 21st we will vote not for the fact that Crimea is Ukrainian (of which I am convinced), but for whether Turkey will rule us
- said Peter.

That's right, Crimea is in Russia, but what does Gerdzhikov want? Call Putin and tell him to return the peninsula to Kiev? He will put it in his pants if he has to communicate with Putin
- Doobre joked.

Radev is a great sinner. He also said that Crimea is Russia! Traitor!
- wrote one of the users.

We do not need NATO protection, since we have no problems with Moscow. We are not defending ourselves against those at all
- summed up Tzzts.

Note that the Bulgarian authorities accuse Turkey of gross interference in the electoral process. Bulgarians suspect the Turks of wanting to influence the results. At the same time, Ankara categorically rejects all accusations of interference in the internal affairs of the neighboring country.
Reporterin Yandex News
Reporterin Yandex Zen
Information
Dear reader, to leave comments on the publication, you must sign in.