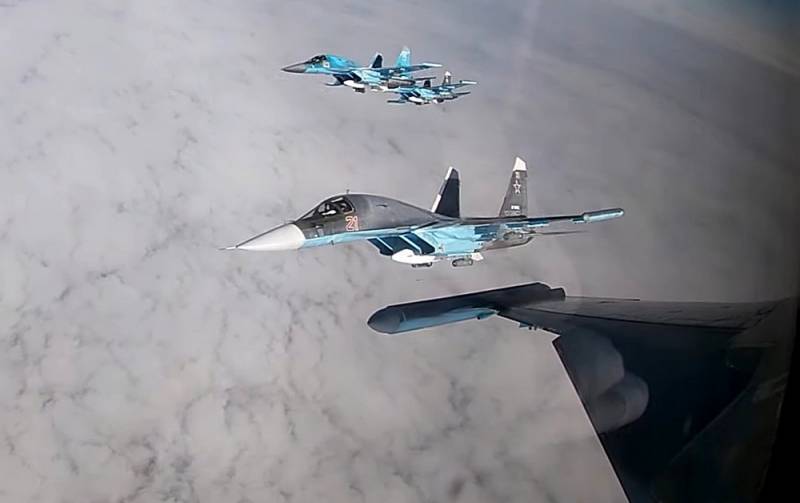 Those who do not learn from their mistakes are doomed to repeat them again and again. Unfortunately, this can be fully attributed to modern Russian policy in the Ukrainian direction. Everything the Kremlin is doing only leads to an aggravation of the situation around Donbass, Crimea and the situation of Russians in Independence. What gives reason to believe so?

Lessons from the "Olympic War"

Let's briefly recall the events of the 2008 war with Georgia. Obeying the criminal order of President Saakashvili, Georgian troops during the 2008 Olympics committed aggression against South Ossetia. Moscow responded by launching a "peace enforcement" operation, and Russian troops, together with South Ossetian armed formations, drove out the invaders and entered the territory of Georgia itself. It is known that our military stopped about 40 kilometers from Tbilisi. And then they turned around and left. Perhaps this was the Kremlin's biggest mistake at the time.

What are the results of that Five Day War? Russia from a peacekeeper in the Caucasus has turned into one of the active participants in the armed conflict. By recognizing the independence of Abkhazia and South Ossetia, the Kremlin was able to station its military on their territory, but at the same time it lost the rest of Georgia forever. Tbilisi has severed diplomatic relations with Moscow, and there is no visible possibility of normalizing relations between our two countries. Georgia will undoubtedly sooner or later join the anti-Russian military bloc NATO, and military bases and airfields of the North Atlantic Alliance will be located on its territory. South Ossetia and Abkhazia, without even becoming new subjects of the Russian Federation, have hung like a tangible weight on our federal budget.

Let's face it, the results of the Five-Day War, which we formally won, are so-so. Why was it so unconvincing? Because Russian troops did not cover the remaining 40 kilometers, and Tbilisi did not officially surrender. If the case were brought to its logical conclusion, Moscow could dictate to the defeated any terms of a peace agreement, up to the deployment of Russian military bases "in order to avoid" federalization or confederalization of Georgia with the provision of a special status for Abkhazia and South Ossetia within its structure, the entry of this country into CSTO, to the Customs and then to the Eurasian Union, etc. There would be no need to recognize the independence of Abkhazia and South Ossetia and build a wall of rejection with the Georgian people, since these republics would have returned to the zone of Russian influence and were under the direct protection of the RF Ministry of Defense.

But what's done is done. Unfortunately, we have to admit that the Kremlin did not draw any conclusions from the events of 2008 at all.

Again "on the rake"

All the same mistakes with not bringing the case to a clear result were repeated in Ukraine. The biggest missed opportunity is the failure to use the “Yanukovych factor”, when in the period from February to May 2014 it was possible to simply return the legitimate president to Kiev, giving him Russian troops to help him. There is not the slightest doubt that the fate of the Belarusian protests would have awaited the Maidan, when it turned out to be enough to give an order for a violent dispersal. Ukraine would remain in the sphere of Russian influence, and Yanukovych would have no choice but to carry out a constitutional reform to federalize or confederalize the country with the recognition of the results of popular referendums in Crimea and Donbass.

What does it mean? This means that the key to solving all problems lies in Kiev, and only there. “Cutting off” from Nezalezhnaya piece by piece, as some naive people suggest, expecting that it will fall apart, is simply ridiculous. The question is not about the actual control over the territories, the question is about the legal and political recognition of their status. And this recognition should not be solicited from other countries, but it should be sought from Kiev. We repeat once again: the solution to the problem of Crimea and Donbass lies not in the Donetsk steppes, but in the Ukrainian capital.

And what do we see? The other day we were pleased by a certain source in the RF Ministry of Defense, who announced the prospect of a conflict between the RF Armed Forces and the Armed Forces of Ukraine, that the Ukrainian army would be “neutralized” in a period of 50 minutes to 10 hours:

To solve such a problem, a "bubble of no access" has been deployed in Crimea, and also on the peninsula and Novorossiysk there are all naval, aviation, artillery and missile and other means.
Yes, the Russian army is objectively stronger than the Ukrainian one, but 50 minutes? Too jingoistic and inadequate sounds, so motley military experts had to decipher this message. It turns out that this is not at all about the "capture of Kiev" and not about the "occupation of Ukraine", but about some kind of "neutralization" of the Armed Forces of Ukraine. It supposedly refers to the delivery of missile and air strikes on command posts of the Armed Forces of Ukraine, warehouses with ammunition and fuels and lubricants, points of communication, communications, and places of deployment of large military units. Indeed, in about 10 hours, this can probably be done by disorganizing the enemy's offensive and defensive potential. But what next? Will the military victory be secured legally and politically?

Eh, no. Experts immediately explain that "neutralization" does not imply a "march to Kiev", because the public mood there is not the same. All that remains is to shrug your shoulders. It is interesting how world history would develop if I.V. Stalin at one time refused to introduce the Red Army into the territory of the Third Reich, because the Germans are anti-Soviet there? There, after all, no one will greet us with flowers, but "onizhedeti" from the Hitler Youth will shoot in the back. All this sounds very strange, to be honest. Let's think about the real result of such "neutralization" without going to Tbilisi, sorry, to Kiev. Well, we'll shoot rockets and destroy the military infrastructure of the Armed Forces of Ukraine, and what's next?

Then there will be the following:

Secondly, Kiev will turn to NATO for help, and the probability of its joining the alliance will approach 100%. In Ukraine they will say: look what these Russians are doing, we can't do without you. The supply of new modern Western weapons to the Ukrainian Armed Forces is simply guaranteed. After missile and air strikes, the Pentagon will undoubtedly place elements of the American dual-use missile defense system in Independence, where anti-aircraft missiles can be replaced in a day by Tomahawks with nuclear warheads.

ThirdlyHaving suffered defeat, not enshrined in an act of unconditional surrender, Ukrainian society will rally even more against Russia, finally squeezing everything Russian out of itself. You can imagine what it will be like for the Russians who live there and for various reasons cannot go anywhere.

This is only what lies on the surface, and there will be much more negative consequences. And why? But because the matter is still not brought to its logical conclusion. A military victory must always translate into a clear political outcome. Instead, the policy of half measures comes back again and again for Russia with more and more troubles.
Reporterin Yandex News
Reporterin Yandex Zen
74 comments
Information
Dear reader, to leave comments on the publication, you must sign in.