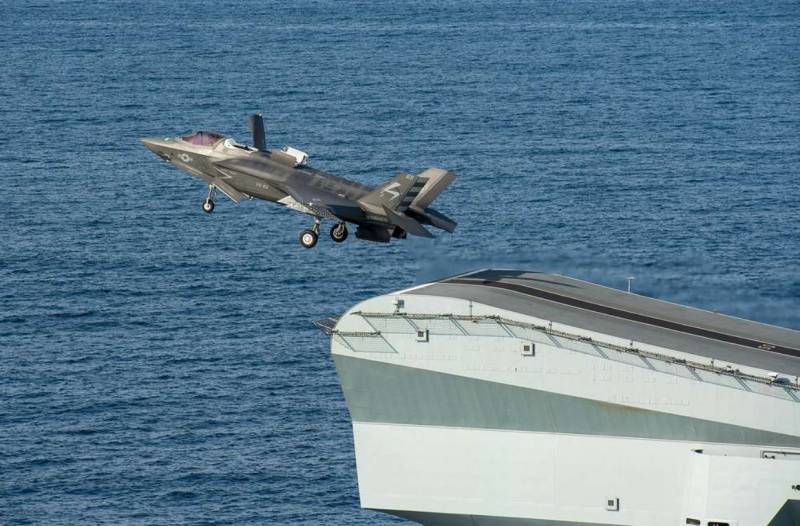 British readers ridiculed the Daily Mail's assertion that the Royal Navy is in some kind of "race" with the Russians to quickly get to the F-35B fighter that crashed the day before in the Mediterranean, which had previously taken off from the Queen Elizabeth aircraft carrier.


At the same time, no evidence that the Russian Federation is generally interested in the wreckage of this aircraft is not reflected in the article. It is only argued that Russians may be interested in some of his of technologies... Such presentation of information caused obvious bewilderment among the readers of the resource.

Below are some of the XNUMX comments:

Come on! They probably already know about the technology there, and they have better things to do than chase after a crashed plane, and the headline is another attempt at sensationalism and panic, and yes, frankly, it's just irresponsible.
- writes paul.

The scrap metal cost is so high. Titanium sells well
- supported by alex.

How is it still top secret when the F-35 is already being sold to different countries ... Or do you think that "special relationship" [with the US] means that we have an exclusive limited edition aircraft
- taunts the VaccineLover article.

The Russians already had the wreckage of an F-1999A stealth aircraft shot down over Yugoslavia in 117.
- answered Pampers.

Dear Daily Mail readers, Russians don't really care about us. […] Not a day goes by without stories about Russians in the newspapers. This improves sales. But now it's just boring
- Razzi79 was indignant.

I'd be more worried about Greta's anger than the Russians. She will be very unhappy with this plane polluting the sea.
- Rosco37 responded.

And let the Russians take possession of it. If it's as bad as most experts think, maybe they can fix numerous defects and sell us their own, but already working version for a tenth of the cost.
Laughed turtonñ.

I doubt they care. The F-35 is not an airplane, but a mechanism for pumping billions of dollars from taxpayers to defense contractors
- noticed Badger112.

And where is the nearest Russian warship? Several hundred miles from the crash site! So why are you all the time trying to foment hatred of Russia?
- outraged Patriot_1291.

And that in reality there is any evidence that the Russians made even the slightest movement indicating that they were participating "in the race." Or is it all just a fantasy to mold the story?
- Koba99 is curious.

Does DM have confirmation from a reliable source that Russian rescue vessels and submarines are now on their way to the plane's last known location? No. I do not think so. Just another nonsense
- writes Stormtrooper_2000.
Reporterin Yandex News
Reporterin Yandex Zen
1 comment
Information
Dear reader, to leave comments on the publication, you must sign in.