S-500 and S-550. Russia was the first to create an anti-space defense system 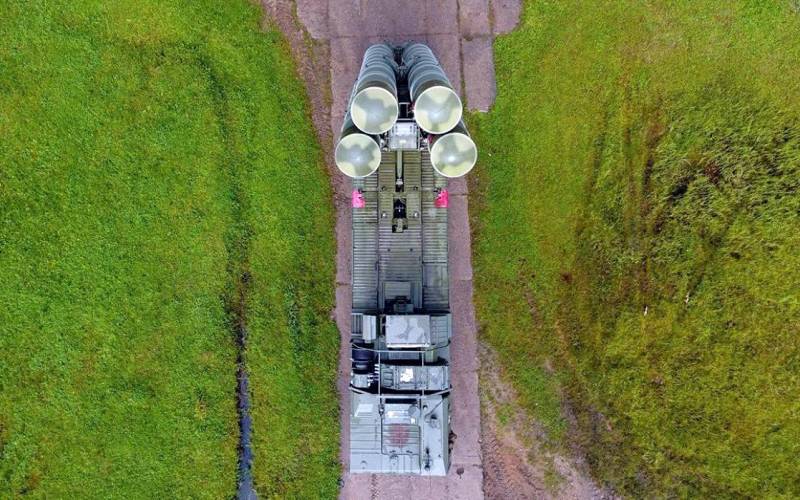 Two days ago, the Ministry of Defense of the Russian Federation successfully tested an anti-satellite missile, destroying the Tselina-D device that had failed. Our American "partners" were extremely strained by this, and they immediately began to angrily appeal to the plot of the spectacular, but rather stupid film "Gravity", where the ISS died due to similar "irresponsible" actions of Moscow. The point, of course, is not the mythical danger of such tests for cosmonauts, but the fact that Russia, in fact, was the first to approach the creation of an anti-space defense system (ASD).


Why do we need such a system at all? Because space is the most important component of a successful modern warfare. In orbit there are entire satellite constellations conducting reconnaissance and providing data for target designation to missile forces. The flight paths of intercontinental ballistic missiles (ICBMs) pass through outer space. The US Air Force is testing unmanned spaceplanes that can stay and maneuver in orbit for years, which can be used to disable enemy satellites. President Donald Trump also announced the creation of a new type of Armed Forces - Space (USSF):

In my new national space strategy, space is recognized as a war zone, like land, air and sea. We may even have Cosmic forces.
Note that his ideological opponent, Democrat Joe Biden, did not even think about canceling this Republican's initiative.

The war of the United States and the entire NATO bloc, as a whole, against Russia may look like this.

At first, with the help of anti-satellite missiles, satellites-"inspectors" and space planes, the Pentagon will try to disable the orbital group of the RF Ministry of Defense in order to "blind" and "stun" our troops. Without operational intelligence for target designation, it will not be clear where exactly to launch our "Caliber", "Zircon" and other wonderful missiles without irony. Here dozens of AWACS aircraft, ground and deck-based, would be useful, but with the former so far everything is not very good, and the latter are generally absent as a class, turning the ships of the Russian Navy into a kind of targets in a shooting range.

Secondly, NATO's strategy against Russia will be to "overload" our air defense / missile defense system. To do this, you can use not only real missiles, but also simulators of air targets, drones, planning bombs, etc. Yes, the Russian Defense Ministry has excellent S-300 and S-400 systems, but the problem is that their ammunition is not infinite. One regiment has 64 anti-aircraft missiles in the state, and for 1 target it is supposed to be released to guarantee 2 missiles. This makes it possible to hit 32 objects. You can, of course, try to shoot down air targets in manual mode, then, perhaps, the number of targets hit will reach 64. And then the ammunition load will end, and it will take at least an hour to reload the air defense system. And this is necessary so that the warehouses are open and the loading machine is at the ready. This is all ideal. What if the war starts at 4 in the morning, without an announcement?

If tomorrow is a war, space

The need to resist such an attack requires the RF Ministry of Defense to radically expand the capabilities of its air defense / missile defense system, bringing it to the outer space. In the past few days, reports have poured about the destruction of the satellite, as well as about the new S-500 and S-550 air defense systems, which no one has ever heard of. How can they be combined into a single system?

So, at present, the S-400 and S-350 complexes are becoming the main "workhorses" of the air defense forces. They work in pairs. "Triumph" is capable of hitting targets at a distance of 400 kilometers, but it carries only 4 expensive powerful missiles. The Vityaz's operating range is much more modest: 15 kilometers for the 9M100 missiles and 120 kilometers for the 9M96. But he has 12 of these missiles. Acting in tandem, the S-400 strikes at the long range, and the S-350 at the middle and close range, knocking down targets of secondary importance, including false ones. Buki and Pantsiri make it possible to build an even more powerful echeloned air defense system.

Now let's move on to our new products, the S-500 and S-550. The declared tasks of Prometheus include the fight against medium-range ballistic missiles, as well as against ICBMs in the middle and final segment of their flight path. In addition, its targets will be hypersonic and cruise missiles, aircraft, UAVs and even satellites in low orbits. Let's pay attention to the last point. Despite the secrecy regime, in open sources you can also find information that the S-500 air defense system can use the 77N6-N and 77N6-N1 missiles, designed for the A-235 Nudol complex, which had previously been successfully used to destroy the satellite. It was then that our country entered the narrow club of powers capable of shooting down a spacecraft in orbit with a rocket right from the ground. And now it has reaffirmed this status.

The main intrigue is where exactly the rocket was fired from, from "Nudol" or "Prometheus"? There is a good chance that Prometheus could have been used to advertise its capabilities. If this was the case, then Russia received real anti-space defense systems. However, there is one weak point. In view of the great complexity of such a system, the S-500 air defense systems will be cosmically expensive and hardly become widespread. And then the S-550 air defense system comes to his aid, which can take an intermediate link between the "Triumph" and "Prometheus".

Due to the secrecy regime, it is impossible to say anything really about this complex, but two quite adequate theories are put forward in the expert community. According to the first, the S-550 will become for the S-500 an analogue of the Vityaz at the Triumph, that is, it will turn into a capacious "clip" of long-range anti-aircraft missiles. According to another version, the S-550 will be an addition to the S-500. In other words, their functions can be divided: "Prometheus" will intercept missiles, and the S-550 will start working specifically on satellites, and narrow specialization will increase the effectiveness of each complex. The last assumption seems to be true, and if it is true, then the device "Celina-D" could well have been hit from the S-550.

Be that as it may, it is obvious that Russia, our "gas station country", allegedly unable to "design an electric kettle", was the first to receive a really operating anti-space defense system.
Reporterin Yandex News
Reporterin Yandex Zen
10 comments
Information
Dear reader, to leave comments on the publication, you must sign in.