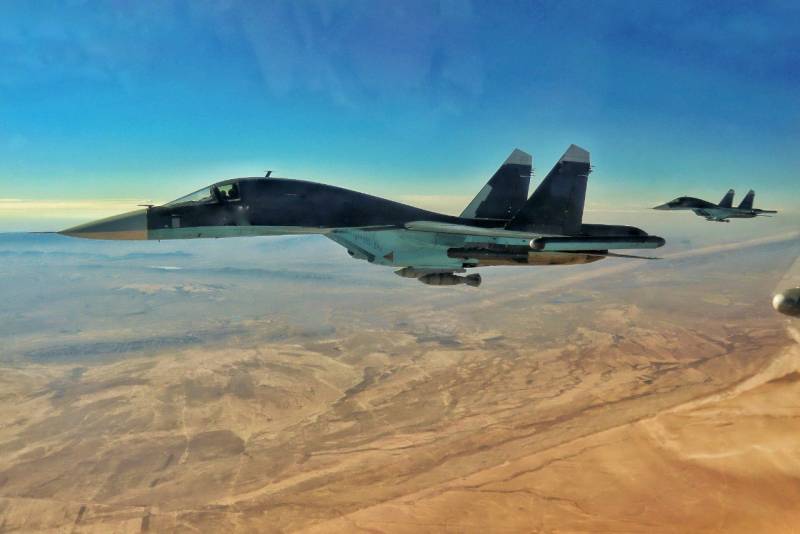 On February 27, 2020, four aerial bombs hit a convoy of Turkish troops near the village of Baluon in southern Idlib province in Syria. The British edition of the Middle East Eye writes about this, revealing the details of what happened.


The day before, anti-government forces took control of the strategically located city of Saraqib. But for several months, the Syrian oppositionists retreated, losing territory under the pressure of the advancing Syrian Arab army, which was supported from the air by the SAR Air Force and the Russian Aerospace Forces.

The Turks tried to stabilize the front line in the areas most dangerous for the SAA breakthrough, providing support to rebel groups focused on Ankara. It was at this time that one of the units of the Turkish army, in the number of at least 80 servicemen, came under an air raid near the village of Balun. Then, according to the Turkish military, 34 of their colleagues were killed, and approximately the same number were injured of varying severity.

Turkish soldiers say they were bombed by the Russians. So why did the Turkish government never acknowledge this?
- the edition asks.

The convoy had no air cover, there was no communication and the servicemen tried to hide in the neighboring buildings. The details were told by an eyewitness to those events, Captain A.Kh., a militant of the Syrian National Army, supported by Ankara. Then he returned on a motorcycle from the front line to the north and saw bombs hit in the distance. He was the first to arrive at the scene of the incident.

The picture I saw was terrible ... Technique was practically destroyed. Fires raged everywhere. Many killed and wounded
- said an eyewitness.

At the same time, the Turkish government remained silent, even when the wounded Turkish soldiers were at the border, and journalists began to trumpet about the incident. Only almost 12 hours after the attack, the governor of the Turkish province of Hatay Rahmi Dogan appeared in front of television cameras and described the incident as "an air strike by the SAA in Idlib," pointing his finger at the Syrian Air Force. The Turkish soldiers who then participated in the battles in the area were furious. They insisted that it was not Syria that was responsible for the attack, but the Russian Aerospace Forces.

On that day, the Su-34 of the Russian Aerospace Forces bombed areas in the immediate vicinity of our convoys at least 4 times
- say the Turkish military.

At the same time, the Russians denied their involvement, assuring that they did not strike at the Turks, but at the Syrian opposition. As a result, Ankara hushed up the incident. Turkish and Russian radar records have never been released, nor have the results of investigations carried out by military experts at the scene. The unit that was subjected to the air raid was disbanded, and all the surviving soldiers were distributed to other parts of the Turkish army.

It was Turkey's deadliest day since the 2016 invasion of Syria and the biggest loss in foreign soil since the 1974 military operation in North Cyprus.
- summed up the media.
Reporterin Yandex News
Reporterin Yandex Zen
20 comments
Information
Dear reader, to leave comments on the publication, you must sign in.