Kosovo PM: Belgrade threatens with a new war in the Balkans 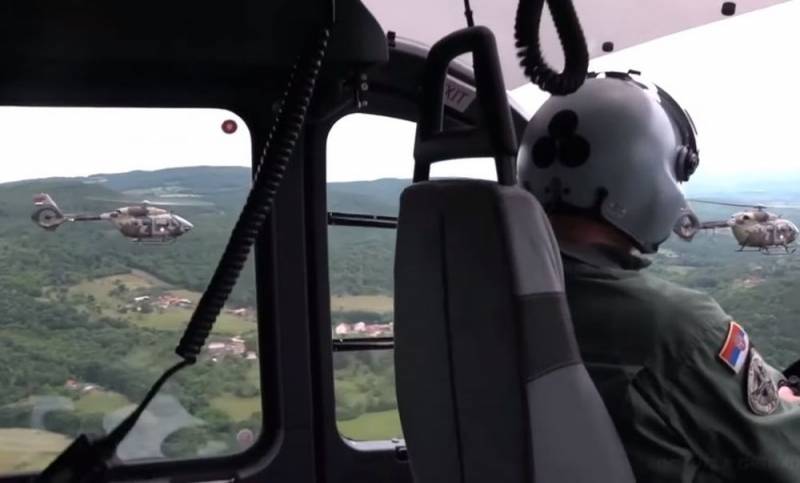 Serbian authorities "behave like Germany between two world wars." She "threatens" the West with "another war in the Balkans" in order to get him concessions. This was announced on November 5 in an interview with the British newspaper The Telegraph by the Kosovar Prime Minister Albin Kurti, the leader of the Self-Determination Party, who was appointed head of government by the Kosovo parliament at the end of March this year.


Kurti accused Serbian President Aleksandar Vucic of dangerous behavior. Pristina is confident that if the Western countries do not take what is happening seriously, the crises in Kosovo, as well as in Bosnia and Herzegovina, may worsen.

If you are not going to please us, then we will start another war
- Kurti explained the actions of Vucic.

If you look at the figures for Serbia's military spending, you will see that they have been growing rapidly in recent years. Who are they buying all this for?
- asked the Prime Minister of Kosovo.

Indeed, Serbia's defense spending has more than doubled since 2015. In 2021, Belgrade plans to spend about $ 1,14 billion for these purposes, becoming the most serious buyer of weapons in the Western Balkans.

At the same time, Vucic denies Serbia's preparation for war and defends the sovereign right of his country to buy weapons, which he wants and from whom he wants. However, the neighbors are concerned about Serbia's sharp and disproportionate military buildup and, at the same time, Belgrade's incessant rhetoric about "Serbian peace."

Tensions on the border between Serbia and Kosovo erupted in late September, after Pristina demanded that Serbian drivers use temporary Kosovo license plates. In response, the Kosovo Serbs blocked roads in northern Kosovo, and Serbia sent its armored vehicles, Aviation и Defense... The confrontation was then avoided thanks to international mediation.

In October, Kosovo Serbs turned against the Kosovo police, which raided pharmacies in North Mitrovica in search of smuggling. Dozens of Serb protesters and law enforcement officers were then injured in the clashes. At the same time, Belgrade blamed Pristina for the rise in tensions, which put the region on the brink of chaos. In addition, Vucic accused Kurti of planning a police action to seize the "controversial" electrical substation.

However, the Kosovar prime minister assured the publication that he had not planned anything of the kind. He believes that the Serbs are "cheered" by Russian President Vladimir Putin, who seeks to "challenge the West in the region."

But not all observers believe that Vucic "went on the warpath", since the aggravation will block Belgrade's membership in the European Union and may lead to a confrontation with NATO (3,8 thousand troops of the Alliance are still in Kosovo). At the same time, many observers agree that the Balkans are turning into a "theater of great power rivalry."

Serbia and half of the UN members, including the Russian Federation and the PRC, do not recognize the independence of Kosovo. EU-mediated negotiations between Belgrade and Pristina, which ended in 2013 with the signing of the Brussels Agreement, only eased tensions, but did not lead to final progress, the media concluded.
Reporterin Yandex News
Reporterin Yandex Zen
1 comment
Information
Dear reader, to leave comments on the publication, you must sign in.