If tomorrow is war: how can Russia overcome the systemic crisis in the Naval Aviation of the Russian Navy 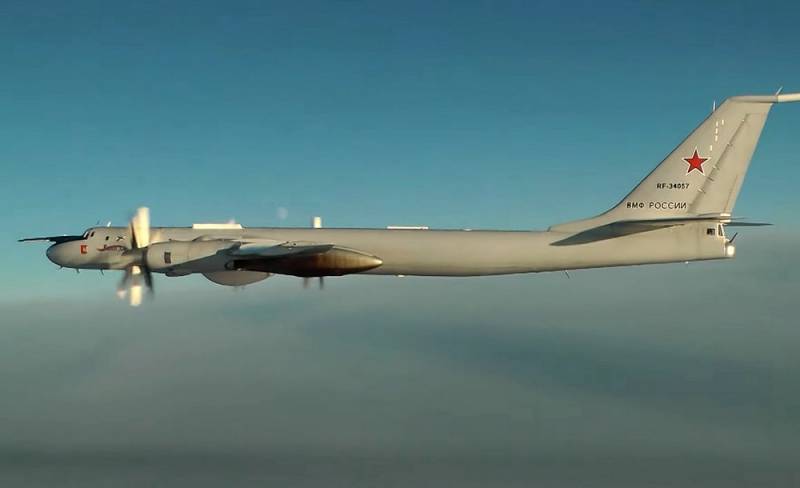 Apparently, the Russian leadership has finally realized that the jokes with our "Western partners" are over. At a recent meeting of the commission on the military-industrial complex and military development in Sochi, President Putin personally raised the issue of the state of the Russian Navy's Naval Aviation, which today is frankly deplorable. Why does the Ministry of Defense of the Russian Federation need some kind of separate Naval Aviation, if it already has the Russian Aerospace Forces?


Oddly enough, during the Second World War, it was aircraft that were able to sink more enemy ships and submarines than the warships themselves. The successful experience of using carrier-based aircraft determined the entire further path of building the US Navy, as well as its allies. To successfully confront foreign fleets during the Cold War, the USSR needed its own powerful Naval Aviation, sharpened for operations against ships and submarines both from the shore and from the deck of the TAVRK.

Soviet Naval Missile Aviation forced itself to respect anyone. Numerous Tu-16 missile carriers were able to fire hundreds of missiles simultaneously. Anti-submarine Il-38, Tu-142 and Tu-142M tracked down and could destroy the submarines of NATO countries. Tu-95RTs reconnaissance aircraft and target designator helicopters Ka-25Ts provided data for accurate missile strikes. Anti-submarine helicopters Ka-27, SKVVP Yak-38 and Yak-141, MiG-29K and Su-33 fighters were based on the first Soviet heavy aircraft-carrying cruisers and could operate against the US Navy AUG even in the far sea zone. Naval aviation was a truly formidable force.

Its collapse was due to the collapse of the USSR. Financing and supplies of new aircraft and helicopters stopped, aircraft-carrying ships began to rapidly sell abroad, naval pilots had reduced flying hours, which led to a drop in combat effectiveness. The sad results of such degradation could be observed with our own eyes during the participation of the TAVRK "Admiral Kuznetsov" in the Syrian campaign. In the Russian Navy, to date, there are about 40 aging anti-submarine aircraft: including 26-28 Il-38 and 15 Tu-142, distributed to the Pacific and Northern fleets And this is against 130 anti-submarine aircraft only in the United States! Four outdated Be-4s survived in the Black Sea Fleet, and none at all in the Baltic. The naval missile-carrying aviation was eliminated as a class in 12, and its aircraft were transferred to the Long-Range Aviation.

And if tomorrow is a war? How then to fight? So the Supreme Commander-in-Chief Vladimir Putin asked the same question a few days ago:

Given the build-up of foreign naval forces through the supply of modern nuclear submarines, aircraft carriers and attack ships, and unmanned ships, we need to develop naval aviation at a faster pace, primarily by equipping the Navy with promising aircraft and aircraft weapons.
Now we will not even talk about the distant sea zone, where own aircraft carriers with carrier-based aircraft are highly desirable against the enemy's AUG, at least we need to somehow reliably protect our shores. In theory, a different fleet is needed against the fleet, but our ships are now being built for almost decades. The only thing that can make it possible to quickly solve the problem is a multiple increase in Naval Aviation. Unlike shipbuilding, the military aircraft industry allows such a leap forward. Let's think about what exactly can be done to cover the shores of Russia from uninvited visits, and even more so from attacks by foreign navies.

At first, the issue of updating the fleet of anti-submarine aircraft is very acute. Soviet veterans have already undergone modernization, but it is impossible to extend their service life indefinitely. A few more years, and the Russian Navy generally runs the risk of being left without combat-ready anti-submarine aircraft. Here it is necessary to once again focus on the fact that it is the atomic submarines of the US and British navies equipped with the Trident-2 ICBMs that pose the greatest danger to our country. They must be able to be detected, tracked and, if necessary, destroyed immediately. As a replacement for aged aircraft, it is advisable to use the modernized civil liners Tu-204 (Tu-214) in the "P" version.

Secondly, it is necessary to increase the number of anti-submarine helicopters, teaching them to fight simultaneously with submarines, surface ships and even act as a reconnaissance target designator for air defense systems. It could be a promising Lamprey or a deep modernization of the Ka-27.

ThirdlyThe Russian Navy needs its own AWACS aircraft, since it is simply impossible to conduct effective combat operations in the air and at sea without operational intelligence and target designation data. It is necessary to bring to mind the project of the Soviet Yak-44, which in the future can be used both as a carrier-based and as a "front-line" AWACS aircraft on land.

Fourthly, it is necessary to revive the Naval Missile Aviation, returning the selected Tu-22M3 supersonic missile-carrying bombers to it, replacing them with the Tu-160M2 in Long-Range Aviation. In addition, supersonic fighter-bombers Su-34 equipped with the latest Kh-35U anti-ship missiles are capable of strengthening them.

Fifthly, basic attack and carrier-based aircraft need modernization and replacement. They need to be equipped with modern radars and taught to lift heavy anti-ship missiles Kh-61 "Onyx" or even a hypothetical air-launched "Zircon".

The implementation of a set of such measures can significantly and quickly improve the balance of power in favor of Russia. Now we are not really ready for a real war, which, in fact, was admitted by the Supreme Commander-in-Chief himself.
Reporterin Yandex News
Reporterin Yandex Zen
4 comments
Information
Dear reader, to leave comments on the publication, you must sign in.