Why the days of the Ukrainian regime are numbered 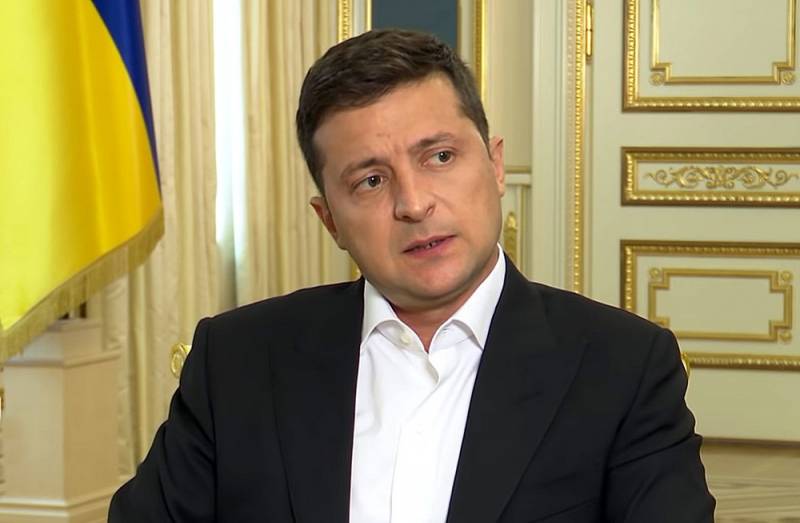 Truly amazing things are happening now in Ukraine. Mayors of large industrial cities, under strange circumstances, commit suicide with a shot from a Saiga carbine in the chest (let one of you try to shoot yourself in the chest with a Kalash - it's really uncomfortable, the arms are not long enough to reach the trigger), while the police bullets why -that does not find, and the deputies of the Verkhovna Rada, in their prime, take their own lives by mixing cheap drugs with alcohol.


Naturally, no one believes in such coincidences, but the police do not consider other versions. After that, under the same strange circumstances, the brother of the late mayor of Kryvyi Rih also dies of a heart attack (and we are talking about this industrial center, the birthplace of the current president), and again the police blame everything on alcohol, although all relatives vying with each other argue that the deceased is generally then he did not drink (only on holidays and even then not every year). And everything is sewn-covered, as if it should be so, and nothing happened. And this is about the deputies of the Verkhovna Rada and the mayors of seven-hundred-thousand-meter cities, what then can we say about ordinary citizens who in batches go out of the windows from the 11th floor. This was not even the case with the Drunken Pastry Chef. Everything suggests that the Prisoner of Narcotic Dreams, who occupied the office on Bankova Street, has lost its shores and, having taken a bite of the bit, is rushing towards some kind of hallucinogenic goal that is understandable only to him.

When asked directly what to do with Ukraine, Putin throws up his hands for the first time in 20 years of his rule and says that he does not know yet, but it is obvious to him that under the current ruling regime the situation will not change legally. In this answer, only the word "bye" gives hope. Meanwhile, in Ukraine, the preparatory period for the heating season has failed, and she meets it with coal reserves for 3 weeks of operation of thermal stations and with 18,8 billion cubic meters of gas in underground gas storage facilities (with a maximum capacity of 31,2 billion cubic meters). If we remember that last winter, Ukraine had enough 13 billion cubic meters of gas from underground gas storage facilities, then there seems to be no reason to worry. But of these 18,8 billion of gas, 4,8 billion is an unrecoverable balance that serves to maintain pressure in the network, and of the remaining 14 billion, 6 billion belong to foreign residents (try it, take it away - they will drag it through the courts!), And another 3 billion - these are reserve insurance capacities, I don’t know how Naftogaz was going to survive the winter for the remaining 5 billion.

Zelensky does not know this either. Therefore, he hoped very much for the aggressor country, lifting at the end of October the moratorium on the purchase of aggressor electricity. 2,2 GigaWatt could be supplied by the Russian Federation, and he expected another 0,9 GigaWatt from the Belarusian dictator, with whom he had previously severed all relations. These 3 Gigas could have saved Ukraine during peak loads, because, as you know, there is no coal in Ukraine, and there is nowhere to get it urgently, except from the Russian Federation, (and even if it was from where, then logistic port and railway e capacity of Nezalezhnaya does not allow such a volume to be transported through them). Imagine the surprise of Zelensky, who had long and tightly been addicted to coke, when no one showed up at the auction he announced for the sale of a 3 GigaWatt section. The case smelled roasted, especially after Russian Railways announced that it was not able to supply the required amount of coal to the country of zhovto-blakite benches, they would very much like to, but do not have the necessary rolling stock for this, and they themselves need coal. Such a misfortune unexpectedly happened.

And Putin, after all, warned that he did not yet know what to do with Ukraine. Apparently, after the capture of an officer of the JCCC from the demarcation line (who is also a citizen of the Russian Federation), as well as after a similar seizure by the Ukrainian military unit of the village of Staromaryevka in the gray zone of the LPR with 180 residents living there, 37 of whom are also citizens of the Russian Federation and, what is even more significant, after the first combat use of the Turkish attack drone Bayraktar TB2 on the positions of the DPR, Putin seems to have made a final decision for himself. And how much Ukraine did not confirm after that that there was no use of the Turkish UAV (despite the fact that information about this was posted on the official website of the Ministry of Defense, and the video bypassed all Ukrainian media), and the entry of the Ukrainian military into Staromaryevka was made exclusively for humanitarian purposes to supply the local population with food and water (but instead of food and water, Ukrainian soldiers for some reason stocked up on cartridges, grenades and Ukrainian state flags, which they hung around the entire perimeter of the village), Putin no longer believed in anything and turned on the economic strangulation regime. And what not?!

I doubt very much that the citizens of Ukraine, sitting this winter in their dark and cold dwellings, from the sudden rush of "warm" feelings to the Mouse King, who imagines himself Napoleon, will suddenly not take to the streets of their cities, so as not to express their "deep love" to this fabulous character. From love to hate, they say, one step. So Ukraine has already passed this step. This pygmy, who settled in Kiev, is now hated by exactly 73% of the population who elected him (which is evidenced by his anti-rating, according to which he leads with a huge advantage over other possible candidates). At the same time, the oligarchic consensus on its removal has also already been reached. Everyone is just waiting for a signal. The go-ahead from Putin has already passed. I suspect that this undersize will not last until the end of the term. The only question is, events will begin this year, or, according to tradition, after the New Year.

In order for you to understand the entire level of incompetence of the current Kiev leadership, I will cite only one fact. Ukraine has harvested a record grain harvest this year. This was not the case for all the years of its independence. It would seem that you need to rejoice? Non-brothers and rejoiced. But the music did not last long. It turned out that 75% of it had already been sold abroad by the agrobarons with the permission of the Father of the Nation. I quote the original source:

In Ukraine, in 2021, 75% of the new crop milling wheat has already been exported abroad. And now domestic millers, faced with a shortage of raw materials, are forced to import them from abroad, which cannot but affect the prices for bread, which will rise in any case due to the increased prices for electricity.
As they say, what they fought for, they ran into it! This is a country of progressive insanity, which in the coming winter risks turning into a territory unsuitable for life. Decent ending. Amen!

Have you read the previous material? Now you can take a pencil and cross out. Why? Because our president is very kind and his kindness extends even to neighboring countries, whose presidents in Nezalezhnaya are called in no way other than self-proclaimed, which does not prevent them from asking the impostors for emergency help. Further, I quote from the Ministry of Energy of the Republic of Belarus:

On Tuesday, November 2, the system operator Ukrenergo requested emergency assistance from Belarus for the supply of 500 MW of electricity to maintain the Ukrainian energy system. And such assistance was provided, on November 2, from 14:00, within the framework of the emergency assistance agreement, Belarus began supplying electricity to the Ukrainian energy system with a capacity of 500 MW.
At the same time, the Ministry of Energy of the Republic of Bashkortostan noted that the supply of electricity occurs at the request of the Ukrainian side. The import will be carried out until 9 pm. True, according to the information of the Ukrainian side, there are no imports at all. According to the official website of Ukrenergo, as of 18:12 Kyiv time, the operator does not import electricity from Belarus. But personally, in this situation, I trust the Belarusian side more. At the same time, she declares that the Ministry of Energy of the Republic of Belarus is not considering new long-term commercial contracts with Ukraine for the future. And on the further it is not necessary, you will deliver on emergency requests on a short-term basis. How, with such complacency, Putin was going to put the presumptuous Zelensky in his place, I don't know?

PS While the material was being typeset. Confirmation came from Nezalezhnaya. She asked for the emergency gang, it turns out, not only from Batka, but also from the Slovaks. As a result, in a day I collected 0,6 GigaWatt like from a bush. Well, okay! I quote UNIAN agency:

Ukraine has requested emergency assistance not only from the power system of Belarus, but also from Slovakia in the amount of 100 MW through the Burshtyn energy island, the press service of the operator of the united power grid of the state company Ukrenergo said. Earlier, the press service of the Ministry of Energy of Belarus announced that it would supply 500 MW of electricity to Ukraine under the emergency assistance agreement, but there are no talks about new long-term contracts. “We confirm the accident from the Republic of Belarus to the UPS (united power system) of Ukraine of 500 MW. We confirm the accident at BuOS (Burshtyn energy island) from Slovakia of 100 MW.
- quoted by the comment of the press service of the company UNIAN agency.

From the author: All perfectly! The war continues. And how well it all started ... No, with such a kind president we cannot defeat such an enemy as Ukraine!
Reporterin Yandex News
Reporterin Yandex Zen
30 comments
Information
Dear reader, to leave comments on the publication, you must sign in.